Tin Stuf, a canning company based in Limpopo, is selling canned chicken feet and necks at Shoprite stores around the country. But the journey to this point has been one of immense hard work – and personal tragedy.

ALSO READ: Covid-19 relief grants now at every Shoprite, Checkers and Usave till

The business is the brainchild of Eiren Drake and his late grandfather Spencer Drake. The two began constructing a canning plant in Tzaneen in 2017 and launched it amid the Covid-19 pandemic in 2020. They started producing their flagship product line that same year – a 400g can of chicken feet and necks.

According to co-founder Eiren Drake, the idea of canning chicken feet and necks comes from his upbringing in rural Limpopo.

“As a young boy, I spent a significant amount of time with my late grandfather’s employees, whose children were my friends and playmates. It was then that I was first introduced to the widely loved and consumed dish of chicken feet, which very quickly became one of my favourite meals – and it still is today!” says Drake. 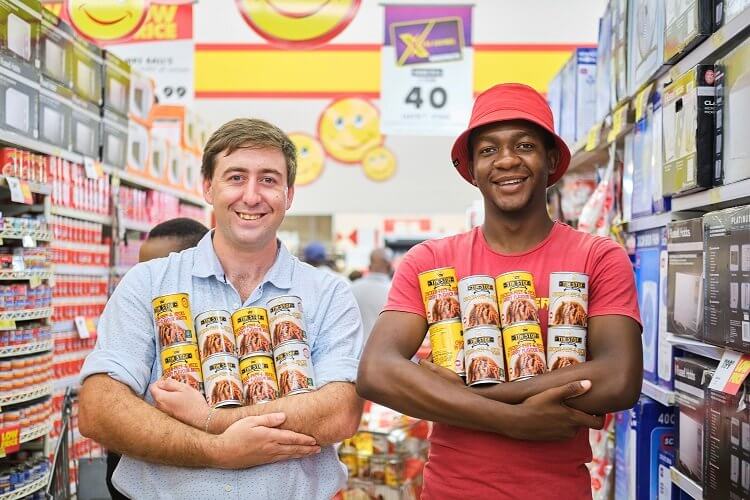 Drake says that he spent time learning more about the dominant food and the cultures he grew up around – but also became aware of how many struggled to access good quality protein.

The company’s solution was to can chicken necks and feet, sometimes called walkie talkies, one of South Africa’s most popular street food dishes.

The factory currently employs 35 people per production shift, and they have room to increase this to as many as 60 full-time employees should demand for the product increase.

Among the employees integral to Tin Stuf’s mission are several friends who introduced him to the dish as a young child. “Today, they are the very people behind our innovation to develop a new product concept and our inspiration to follow through and attempt to launch it,” he says.

Arriving at this point has not been easy – and tragically, in November 2020, co-founder Spencer Drake passed away.

“The unexpected passing of my business partner, investor, life coach, mentor, and beloved grandfather was, and has since been, by far the most difficult challenge that I’ve had to mitigate,” Drake says. 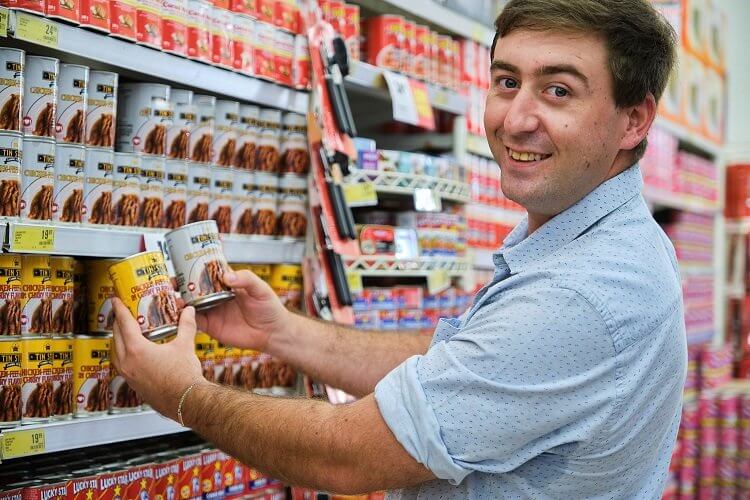 However, in February this year, things turned around when Drake was approached by the Shoprite Group and agreed on a three-year exclusive deal to supply the retailer.

“As a small business owner and my very first engagement with formal retail in the corporate space, it has been an absolute honour and great privilege to work under the guidance of the Shoprite team,” says Drake. “They haven’t just had a significant impact on the future of our small business, but rather, Shoprite has become the future on which the existence of our business is now based.”