Off the back of International Women’s Day, online streaming service, Deezer, released their 2019 most streamed list which saw Eastern Cape’s South African Voice of Modern Afro Soul, Ami Faku, take the number #1 spot as the most streamed South African female artist on their platform in 2019.

As an industry newcomer, this phenomenal milestone achieved by Ami Faku speaks volumes to the demand her debut album, IMALI, has created in the country. 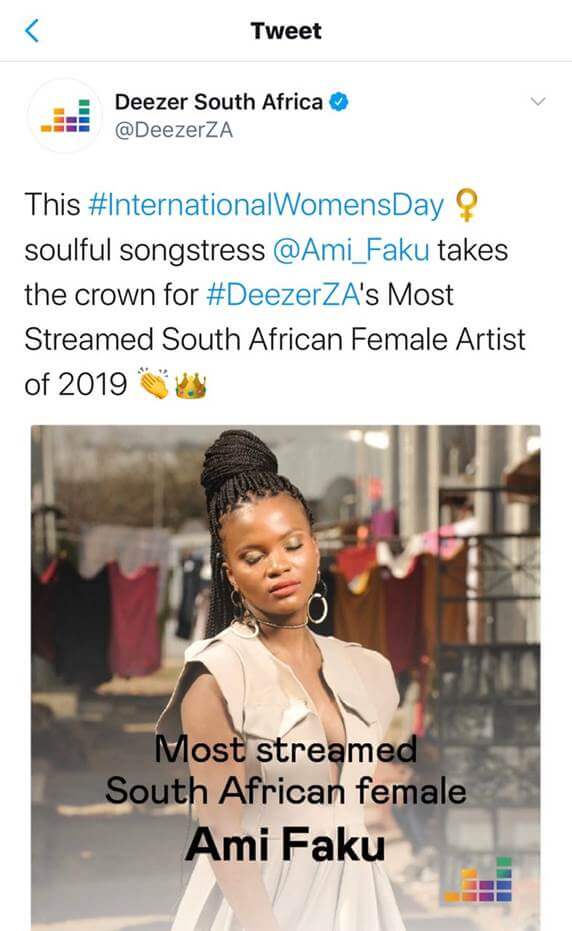 The announcement as South Africa’s most streamed female artist comes just days ahead of Ami Faku’s Sincerely Yours project showcase that will see Ami Faku bring to life her debut album IMALI performing with a full band.

A Vth Agency production in association with Akum Agency and Untitled Basement, Sincerely Yours will take place on two consecutive nights, Thursday, 12 March and Friday, 13 March 2020 at Untitled Basement in Braamfontein.