Just a week after launching her debut album, IMALI, as a number #1 selling album on Apple Music on her launch day and as a pre-order; the music streaming giant is spotlighting Ami Faku for the whole month of October as their Apple Music New Artist Spotlight for this month.

The prestigious feature will see Eastern Cape’s South African musician with a notable voice get prime placement of editorial support across Apple Music’s ecosystem as a “Hero artist” with inclusion on key charts and music playlists. 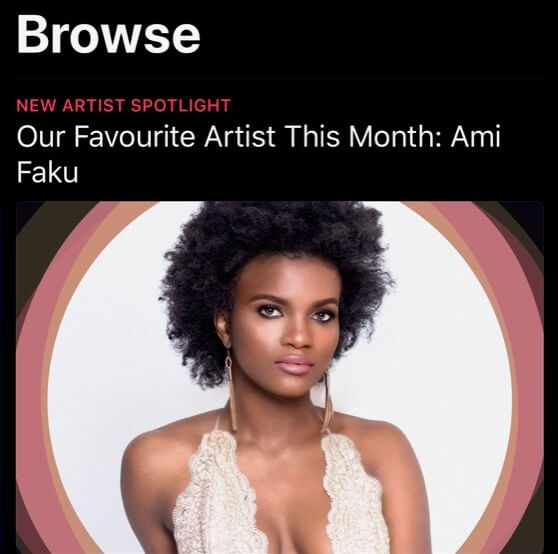 Ami Faku’s evergreen project has been widely and positively received with many taking to social media to share their favourite tracks with the musical gem including Mzansi’s world-renowned artist, Black Coffee.

Performing her full album track list for the first time at her SOLD-OUT album launch at the Boardwalk Amphitheatre in Port Elizabeth last week, the demand continues to grow for Ami Faku and the Ami Faku Effect has taken full force across the nation.