RuPaul’s Drag Race UK will showcase ten of the UK’s most fabulous drag queens, who are all competing to impress the Queen of queens, RuPaul, for the coveted title of UK’s First Drag Race Superstar.

The US Series of RuPaul’s Drag Race has a grown to become a multiple award winning, cult global phenomenon and since the announcement of the first UK adaptation of the show there has been much speculation about the line-up and most importantly, how they will fare in the first UK version of the “Olympics of Drag”.

An intense elimination competition, the queens will slay their way through a weekly series of challenges designed to test their drag expertise. Their make-up skills, fashion sense, sewing abilities, comedy, singing, acting dancing skills, and of course lip sync skills will all be under close scrutiny.

Ultimately, Mama Ru has the final decision as to which queen has impressed her enough to Shantay (stay) and which queen she will kindly ask to Sashay Away. To help with her decision she has enlisted the help of a sickening judging panel. 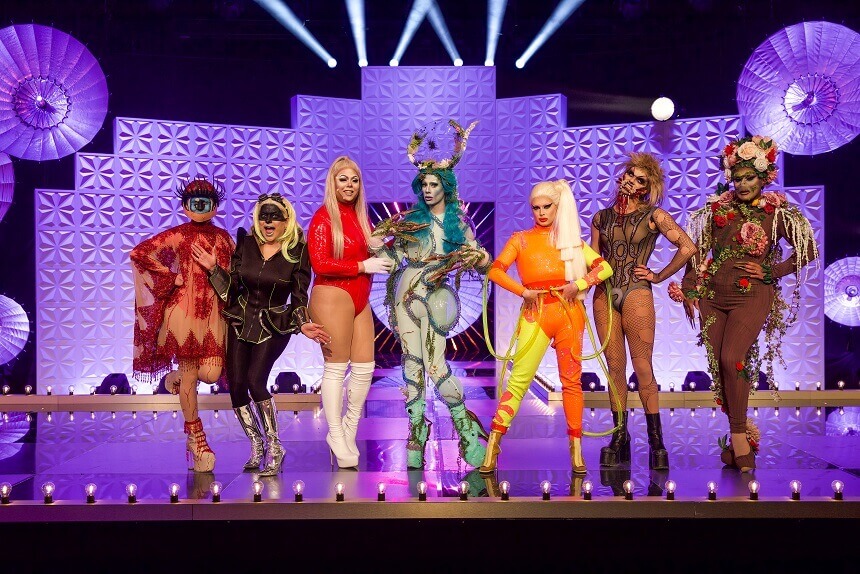 The judging panel consists of RuPaul’s regular and trusty sidekick form the US series, Michelle Visage, and Graham Norton and Alan Carr will be adding British wit and sensibilities to proceedings on a rotating basis. Each week they will be joined by an extra special guest judge and celebrity Drag Race fan.

In accordance with Drag Race mantra, all of the queens will be assessed on their Charisma, Uniqueness, Nerve and Talent with the bottom two queens being asked to lip sync for their lives.
Other celebrities that are offering their services as Drag Race super coaches are singer/songwriter MNEK, as well as dancers and choreographers (and brothers) AJ and Curtis Pritchard.Drag Race fans, Lorraine Kelly and Stacey Dooley will also be making a guest appearance on fan favourite, Snatch Game.