Sam Stewart, survivor of breast cancer, an abusive marriage, financial ruin, failed suicide attempt, body dysmorphia and much more, rises to the top and back on her feet with purpose, hope and a message to share.

If Oprah Winfrey, Brené Brown and Joan of Arc somehow managed to have a lovechild together, the result would most likely be Cape Town’s Sam Stewart (43), as these women display only some of the remarkable characteristics that Sam has to share with the world – ultimate bravery, survivor of the worst that life can possibly throw your way, and yet with a compassionate and enlightened heart for people to overcome their own worst struggles with her most sincere empathy, and a willingness to be a shining beacon of hope for those who believe there is no escaping the shadows they find themselves in, driven by fear that they will never be able to escape.

Upon hearing her life story, one has to ask how it is possible that one person managed to make it through the harshest of what life can possibly dish out and ultimately not only survive, but flourish with a deep understanding of these challenges, the gift that could be found within them and a much deeper understanding about the meaning of life of what and why you had to endure what you did. Because for Sam the devastating news of being diagnosed with breast cancer, enduring the brutality of an abusive marriage that broke her to the core and made her lose all sense of self worth and confidence, losing everything financially that she had worked so hard her entire life to achieve, first in the corporate world and then later by running a NGO, dealing with body dysmorphia and then even escaping the clutches of death once again after a failed suicide attempt – these were only some the most crippling events in her life that shaped her into becoming who she is today. 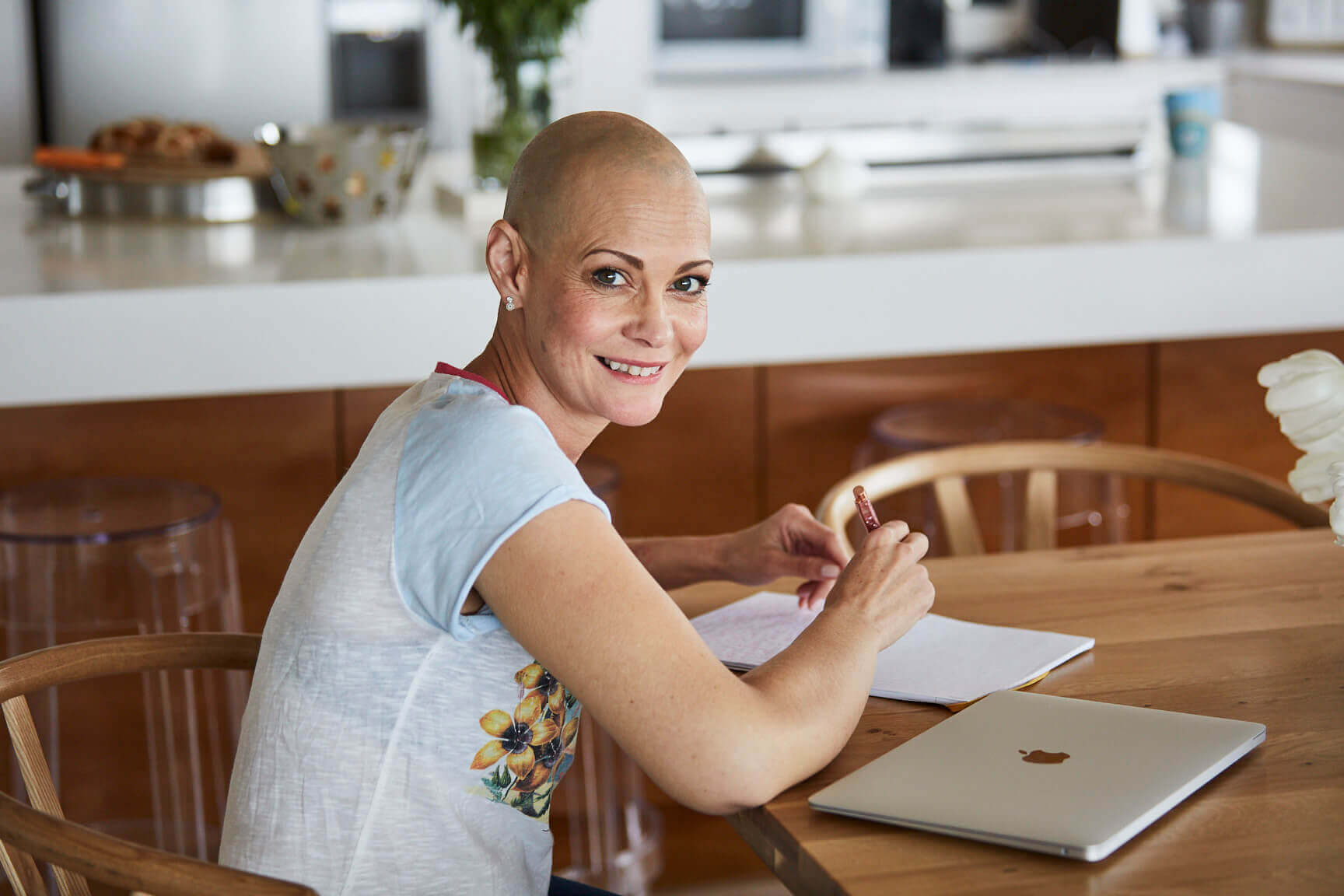 Unbearable to imagine that a single individual had to face all of these devastations, these are only a handful of the frightening life curves that Sam not only managed to victoriously overcome on her path of life, but sees her today vulnerably putting herself on display in the public eye as to enlighten others that giving up should never have to be an option. And in fact that it is not what life intended for any single human being roaming this earth to face unnecessary hardship, but rather lead them to a place of where they ultimately had to end up at. “This even despite if the same wrong decisions are made time and time again over short or long periods of time, as life is working for you and not against you, and will do everything it takes until it gets your attention,” says Sam. “Often it starts whispering or nudging us gently, but will increase in severity until we get to a point of surrender where we have no choice but to hear loud and clear what needs to be said to us.”

However, do not for a second think that all that Sam went through resulted in her becoming weak and mild (because of her compassionate heart), as just the opposite is true – as one will immediately recognise upon a first introduction to her with a very unique and special sparkle in her eye, an energy field around her which welcomes you in and almost instantly works at rejuvenating you, and a gift to unashamedly speak truth without holding back, or standing back for that matter, as one will find it hard to believe that this strong soul survivor had to indeed endure the most frightening and intense versions of pain time and time again. But only the strongest would be able to survive; most certainly not the puny at heart.

Sam shares: “I honestly don’t know why I was chosen out of all the billions of people to walk this road. All I know is that I now have a tremendous responsibility and life story to share whereby many will be able to identify with in one form or another, and help them find hope again by listening to the answers out there which are just dying to be heard, once we’re willing to listen. There is a global consciousness and shift taking place, which is undeniable, as people from all over the world are searching for far more deeper meanings in things, and also especially a deeper connection with one another…and above all else, answers to life’s questions!”

Thank you so much to the team @afternoonexpress for a heartfelt discussion addressing many issues that women are facing in our day to day lives. Every woman has a story. Every woman has a struggle. We have to remember that when placing the spotlight on ourselves and judging ourselves too harshly. Please be kind to yourself💖 @iamjeannied @palitembe #survivor #selflove

One of the ways in which Sam displayed her no-fear-attitude and unwillingness to accept what she knew instinctively were absolutely wrong and unethical, was when she not only took on Discovery Health when they refused to pay for certain medication that she knew would possibly save her life when diagnosed with breast cancer. As the underdog in the court case, Sam Stewart walked away victoriously in this legal matter. And how? By empowering herself with as much knowledge on the subject as possible and having an appropriate answer to strongly defend herself against why she so strongly believed what the medical aid giant was doing was so wrong in so may ways.

“The beauty at the end of everything that I had to go through is that I’m happier now than ever before in my life. I have been rewarded over and over again in so many ways, including now being married to a husband that absolutely adores me, understands my life mission and supports me through everything, find myself in the most beautiful state of peace, and above all else have a yearning to help other women, and men, to discover what I have found on what truly works in giving you that breakthrough in life that you have been waiting for, for way too long,” Sam shares.

She shares a simple example of how this ripple effect of what she does was displayed to her recently when she was asked to speak at a corporate event to a room full of ladies. “Prior to me doing my talk, I walked around from table to table, introducing and talking to these women about some real life issues from my own life. I was absolutely blown away when afterwards so many women came up to me and revealed that my vulnerability opened up the door for them to be truthful with one another about what they were going through, sharing experiences and taking off the masks that they hid behind, despite them knowing each other for years and years. I was so humbled by that and it just proved to me that this message inside of me that is just burning to be shared with as many people as possible, is indeed my calling and where I should be at right now in my now beautiful life journey,” she says.

Sharing the experiences that have shaped me is a form of release and has become therapeutic. Connecting with people who are struggling and need some hope gives me strength and purpose. Every dark day does come to an end and the sun will always rise again. You are not alone. You are not invisible. Everybody wants to feel like they are seen and heard. The best way to do that is through shared experiences. #humanconnection #hope

Sam Stewart, who still proudly walks around with all her head permanently shaved off (and looks as stunning as ever!), as well as never shies away from sharing pictures of what her chest looks like after having a breast removed as a result of her cancer, concludes: “Don’t get me wrong – I’m not saying that life is now absolutely perfect and I have the answers to everything. Not at all. I just now know and understand so much more and have the tools of how to deal with the obstacles on one’s life journey – with a burning desire to share this message with as many as I can. I promise everyone, there is hope,” she concludes.

To contact Sam Stewart, email her at [email protected]