Connie and her husband, Shona Ferguson own a production company called “Ferguson Films”. This production company was launched in 2010 and has produced hit shows such as iGazi, The Gift, Rockville, The Throne, Kings of Joburg, The Queen, The River and The Imposter.

So honored to be on this list in the Business Pioneers category with @gugu.khathi @business_malcolm_x @iamtbotouch @theo_baloyi and @vusithembekwayo 🙌🏾🙌🏾🙌🏾❤️ . Thank you @generational_wealth_education for the recognition and nomination!🙏🏾 Truly humbling!🙏🏾 For voting details, go to @generational_wealth_education bio, click to n link and follow instructions. . I thank you and bless you for your support!😇🙏🏾❤️

Connie also owns a body lotions for women company called “Koni Multinational Brands”. She designed the lotions which are available in three variants: nourishing Cocoa Butter, soothing Aloe Vera and seductive Musk, and with superior moisturizing ingredients, the product can be used on all skin types and leaves skin feeling soft and smooth.

Forbes Woman Africa is a pan-African publication that navigates the world of business for women, with features on the latest trends in the corporate sector and how its architecture speaks to women. They feature the wealthy, powerful, influential and those women in business whose impact is felt long after they have come and gone. 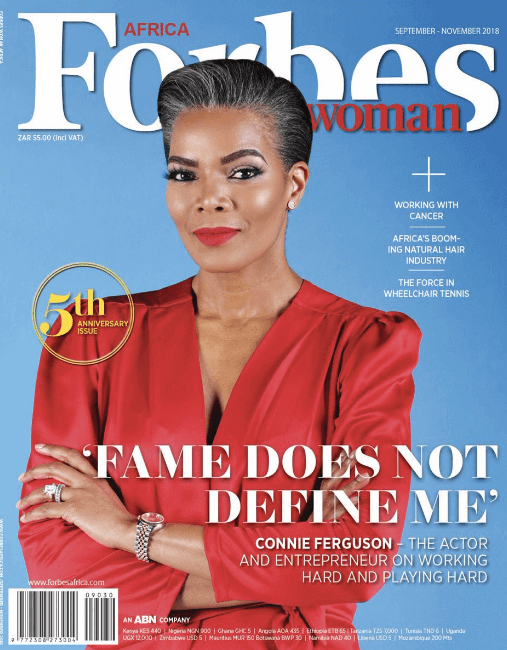 How Does Connie Ferguson Generate Income?

According to The Net Worth Portal, Connie mainly generates her income from acting, producing, modelling, advertising and investing. She also did beauty shoots for brands such as Eskimo, Black Chic, Wella Sheen, ConnieM Eyewear and Vodacom Billboards.

Connie Ferguson and her husband also own a mansion and luxury cars. For her 46th birthday, her husband surprised her with a Mercedes-Benz C63 AMG which cost over R1.3 million.

The Queen Teasers July 2020 provided by TVSA. The Queen Mzansi is on Mzansi Magic channel 161 on Mondays to Fridays at 21h00. The below…

Coming up on Skeem Saam Teasers July 2020. Check out the below Skeem Saam soapie teasers to see what’s gonna happen on the SABC1 much…

Coming up on Uzalo Teasers July 2020 right here at Quick Read Magazine. Go through the below Uzalo July 2020 teasers to see how things…