After a teary, water-throwing finale, Season 2 of The Real Housewives of Durban wraps up with a two-part reunion on 6 and 13 May 2022, hosted by Comics Choice’ nominee Donovan Goliath.

“I’ve always been intrigued by this concept and this show,” says Donovan, a well-known comedian, presenter, MC and facilitator, who also acts in the hit film One Night Kwa Mxolisi. “I was excited to host the reunion because I really wanted to meet the wives and get to know more about this world from them.” 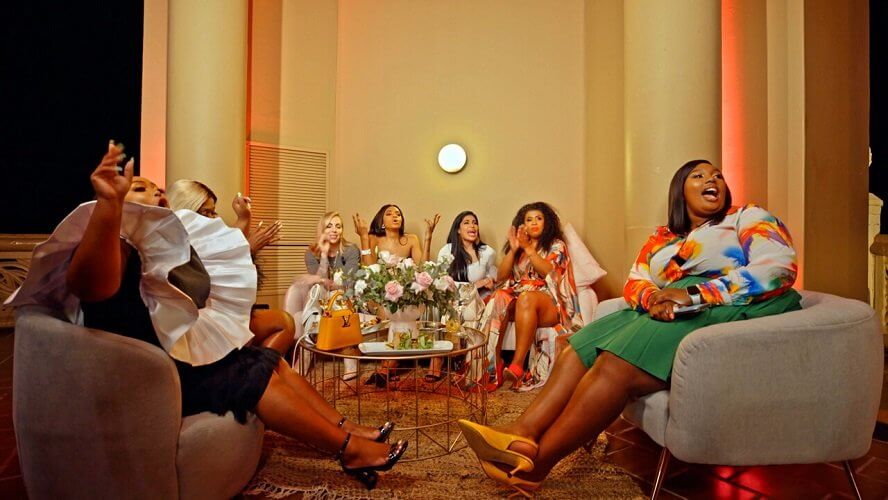 Season 2 topped Twitter regularly on Friday throughout its run, with stars Annie, Jojo, LaConco, Londie, Mabusi, MaKhumalo, Nonku, and Sorisha also trending. As Zalebs says, the show “never ceases to amaze the viewers” and is “nothing short of sassy, glamorous and dramatic.”

After Nonku’s mother, Queen, faced off with Ayanda Ncwane in the controversial Season 1 reunion over damages, the Season 2 reunion has a lot to live up to – but there’s no shortage of tensions that need to be resolved from Season 2, especially after Indaba Ka Petal about LaConco’s mystery man, Jojo throwing water at Mabusi, and MaKhumalo being called out for distancing herself from the group.

Catch the two-part Season 2 reunion of The Real Housewives of Durban first on Showmax on 6 and 13 May 2022 here.

Relive the drama of the Season 2 finale with the Episode 12 trailer.