2021 is here and while we wait for the COVID vaccine to rollout, Netflix South Africa has us covered. You can look forward to the 5 badass fairies from Fate: The Winx Saga kicking evil ass, while Bean comes back to step up her princess game in Disenchantment: Part 3. The Office is also finally coming our way ( yes, all EIGHT seasons) so, hopefully by the time you’ve made your way through them you will be saying ‘’COVID who?’’. All this and more, coming to Netflix South Africa this January!

You’ll find all the new and exciting titles coming to the service this January.

Headspace takes a friendly, animated look at helpful meditation practices and the research on their effects. A guided meditation closes each episode.

Shea and Syd McGee keep the dream alive for families in search of stylish spaces, whether it’s a comfy cabin or a manor sporting NBA-worthy hoops.

The Carranza siblings face a new enemy in their cousin Sofía, as past actions threaten to dismantle the future of the Monarca empire.

With the peak of his career long behind him, an actor clings to his past glory — until a sudden wake-up call forces him to face who he’s become.

They’ve built a movement out of minimalism. Longtime friends Joshua Fields Millburn and Ryan Nicodemus share how our lives can be better with less.

When the brakes slam on his wedding, Roy accepts a challenge from a new foe to race for his runaway bride at the iconic Nürburgring track in Germany.

Cute cats, quirky crafts and colorful magic! Join kitty enthusiast Gabby and her sidekick Pandy Paws as they team up for a series of animated adventures.

This documentary examines the background and career of Tony Parker, whose determination led him to become one of the greatest French basketball players.

What happens after we die? This docuseries explores personal stories and research on near-death experiences, reincarnation and paranormal phenomena.

A heartbreaking home birth leaves a woman grappling with the profound emotional fallout, isolated from her partner and family by a chasm of grief.

Raphael Rowe, who spent years in prison for a crime he didn’t commit, volunteers to go behind bars in the Philippines, Greenland and South Africa.

Inspired by the adventures of Arsène Lupin, gentleman thief Assane Diop sets out to avenge his father for an injustice inflicted by a wealthy family.

Knee-deep in a midlife crisis, Aziz seeks solace from his mundane job, lonesome friends and rowdy family as he puts on an act of sanity.

Writer Fran Lebowitz discusses life in New York City as a reader, walker and incisive observer of the changes in contemporary culture and the city.

An innocent toddler’s boundless curiosity– and extraordinary might –lead to mischief and adventure in his small Indian town.

In part two of this fantasy trilogy, Jack, Victoria and Kirtash have grown and so have their problems. Are they still destined to change Idhún’s fate?

A cheap, powerful drug emerges during a recession, igniting a moral panic fueled by racism. Explore the complex history of crack in the 1980s.

Beneath the sunlit glamor of 1985 L.A. lurks a relentless serial killer, a willing acolyte of evil. Two detectives won’t rest until they catch him.

A near-bankrupt coffee shop finds new life when the owner finds love — but it doesn’t last. Then, he learns his broken heart may be just what he needed.

Outside the Wire – Netflix Original Film

In the near future, a drone pilot sent into a war zone finds himself paired with a top-secret android officer on a mission to stop a nuclear attack. 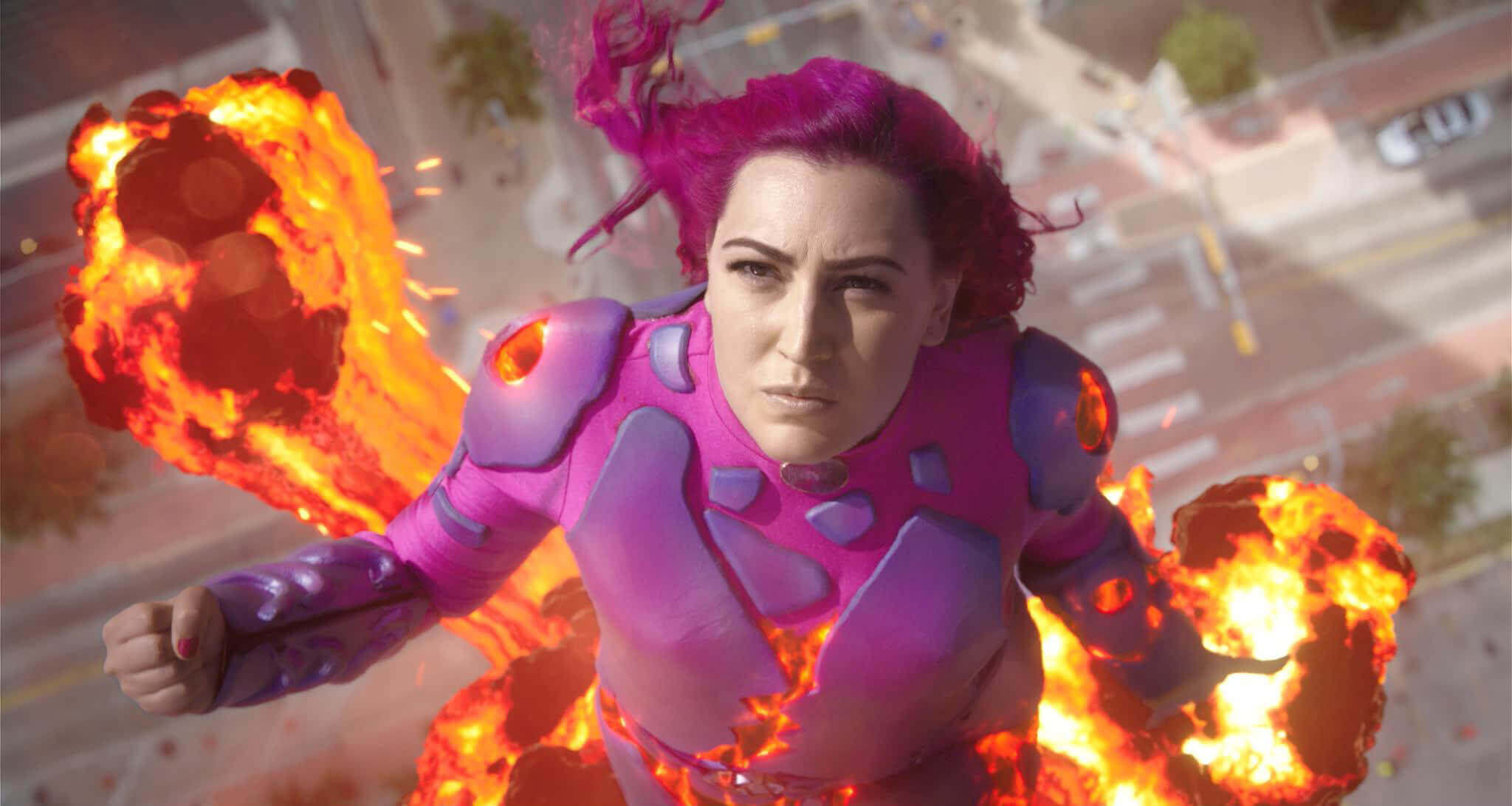 While her mother is abroad, an 18-year-old who’s lived in a hippie commune all her life sneaks out into the real world to find her biological father.

Follow LA’s crazy rich Asian and Asian American fun seekers as they go all out with sexy parties, wild glamour and major drama in this reality series.

Bean must step up her princess game amid royal plots, deepening mysteries, King Zøg’s increasing instability and concerns about who will rule Dreamland.

From the snowy Himalayas to the pyramids of Egypt, Carmen and friends race to stay one step ahead of V.I.L.E. on their latest adventures.

In their fourth season, Wesley, Georgie and Pretzel go on more fun-filled adventures, solve mysteries and learn important life lessons along the way.

This is a look at the gadgetry behind some of history’s greatest stories of espionage, the minds that invented them and the agents that used them.

Two very different women form a peculiar family when they discover that their 6-month-old children were erroneously exchanged at birth.

The agents at top Paris talent firm ASK are back for a fourth season with Andrea in charge and the agency in a precarious state.

In the third season of this hybrid reality-scripted variety show, celebrity sleuths take a stab at solving smaller crimes that lead to a larger mystery.

A teen fairy learns to master magic while forming friendships, falling in love, fighting monsters and most importantly searching for her true identity.

The hot shop is open! A new batch of glass-blowing artists from around the world battle the heat, the clock and each other in 10 dynamic challenges.

When Eva’s grandmother decides to marry her best friend, Celia, Eva worries what her conservative fiancé and his family will think.

The ambitious driver for a rich Indian family uses his wit and cunning to escape from poverty and become an entrepreneur. Based on the bestselling novel.

The teen campers still on the run from dinosaurs find hope of a rescue with a small group of eco-tourists. But things aren’t what they seem.

Penguin Bloom tells the true story of Sam Bloom (Academy Award® nominated Naomi Watts) a young mother whose world is turned upside down after a near-fatal accident leaves her unable to walk. Sam’s husband, (Andrew Lincoln), her three young boys and her mother (Academy Award® nominated Jacki Weaver), are struggling to adjust to their new situation when an unlikely ally enters their world in the form of an injured baby magpie they name Penguin. The bird’s arrival is a welcome distraction for the Bloom family, eventually making a profound difference in the family’s life

When a wealthy widow hires an amateur archeologist to excavate burial mounds on her estate, they uncover history-changing treasure.

Two Brooklyn-raised siblings spending a summer in Oahu find a journal pointing to long-lost treasure and set out on an epic adventure with new friends.

On a dark, lonely road, a prison transport is hijacked and one surviving cop must find a way to keep the criminals from finishing what they started.

We Are: The Brooklyn Saints – Netflix Original Documentaries

This series follows the school and home lives of young football players and coaches fighting for survival with the odds stacked against them.

COBRA KAI takes place over 30 years after the events of the 1984 All Valley Karate Tournament with the continuation of the inescapable conflict between Daniel LaRusso (Ralph Macchio) and Johnny Lawrence (William Zabka). Season Three finds everyone reeling in the aftermath of the violent high school brawl between their dojos, which has left Miguel in a precarious condition. While Daniel searches for answers in his past and Johnny seeks redemption, Kreese further manipulates his vulnerable students with his own vision of dominance. The soul of the Valley is at stake, and the fate of every student and sensei hangs in the balance.

After betraying his bosses, a hitman hides out in a vacant tailor shop, where he’s mistaken for the late owner’s son, an identity he decides to embrace.

Totally broke and banned from every dungeon in New York City, best friends Tiff and Pete work to rebuild their reputations in the bondage community.

Find some of our favorite licensed titles coming to the service below:

A mockumentary on a group of typical office workers, where the workday consists of ego clashes, inappropriate behaviour, and tedium. A mediocre paper company in the hands of Scranton, PA branch manager Michael Scott. … Some of these workers are Michael Scott, the boss, who isn’t too bright or funny.

Young Reginald Dwight changes his name to Elton John and collaborates with singer-songwriter Bernie Taupin to become one of the most iconic figures in pop history. Set to his most beloved songs, it’s the epic musical story of Elton John, his breakthrough years in the 1970s and his fantastical transformation from shy piano prodigy to international superstar.

Martial Arts bases movies are always appreciated by African audiences, both young and not so young. The movie is about forbidden love, survival and classism.

Dracula, who operates a high-end resort away from the human world, goes into overprotective mode when a boy discovers the resort and falls for the count’s teenaged daughter.

Epic tale in which an intrepid archaeologist tries to beat a band of Nazis to a unique religious relic which is central to their plans for world domination. Battling against a snake phobia and a vengeful ex-girlfriend, Indiana Jones is in constant peril, making hair’s-breadth escapes at every turn in this celebration of the innocent adventure movies of an earlier era.

The show is a remake of a childhood animated series that kids growing up in the 90’s will remember. The remake has been given a new lease with real actors opening it up to a broader adult audience. Nostalgic and entertaining.

Lotto and Lotto Plus results for Saturday, 27 February 2021