eVOD App Download Guide. How to download eVOD app in South Africa? eVOD is a South African video-on-demand service owned by eMedia Investments which was launched on 5 August 2021. In this guide, you will learn how to download the eVOD app.

ALSO READ: eVOD: What is eVOD and How Does it Work in South Africa?

What is eVOD App?

The eVOD app lets you watch movies and shows on the go. With eVOD streaming app, 3 devices can be registered and you can use 2 devices to stream simultaneously.

eVOD is available on many devices including smartphones, tablets, laptops and PCs. The eVOD streaming app doesn’t come pre-installed as it’s still a new streaming app, but you will need to download the eVOD app.

To install eVOD streaming app, follow the link for your device from your tablet or smartphone.

MTN users with Android smartphones can download the app without incurring data costs from the eVOD website. 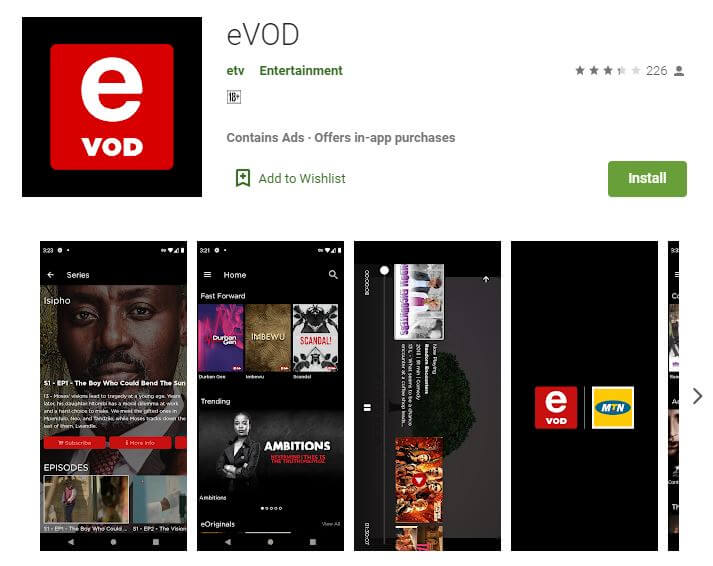 Visit eVOD or download the app from Google Play or iStore. Here’s how to download eVOD app:

You can stream both international and local content such as Afrikaans dramas on any device, at any time. You can also catch up on some of your old favourite and the Fast Forward feature allows you to see episodes of some dramas in advance.

eVOD streaming service can be accessed from your web-browser by visiting www.evod.co.za. Sign in to eVOD or create a new account if you don’t have an account yet. At the moment, there’s no eVOD app for Windows. Perhaps the app will be available soon for Windows 8 or Windows 10 computers.