Coming to Showmax this September 2021

When her disastrous wedding night ends in a murder, Natalie (Fortuin) flees across the desolate Karoo on horseback with her heavily pregnant best friend Poppie (Bezuidenhout). Hot on their trail is Captain Beauty Cuba (Baloyi), a lonely policewoman intent on proving the innocence of her long-lost fiancé (SAFTA winner Brendon Daniels from Skemerdans and Four Corners), who has been framed for Natalie’s crime.

“I have long wanted to make a western set in the Karoo, an endless wilderness of semi-desert dotted with small towns, boiling in summer and freezing in winter, near mythical,” says Bass. “I love the drama, action and locations of the traditional western. The unwritten rule of westerns is, however, that they are for men and by men. Though I loved Westerns as much as my father did, I couldn’t identify with them. I knew Clint Eastwood would survive, but what about me? What would I do, shot at by enemies, alone? I wanted adventure for myself and for others who were ignored by these films. So Flatland is the opposite – it’s a feminist post-western. The main characters are women, each one of them raw and authentic in their own way. Women have just as much right to be in the saddle, and I was sure that women audiences had the same desires I had, as well as the spirit to act them out.”

Soapies and telenovelas on Showmax are up for a combined 60 awards at the upcoming Royalty Soapie Awards, with Arendsvlei up for 14, Binnelanders for 12, The Queen for 10, and eight nominations each for Gomora and Suidooster. Getroud Met Rugby, Isibaya, Legacy, and The River are also nominated.

Hailed by Channel24 as “local television at its best”, kykNET & kie’s telenovela Arendsvlei recently celebrated its 500th episode. Produced by International Emmy nominees Penguin Films, Arendsvlei follow the lives of the Cupidos and the Abrahams at the fictional Arendsvlei High School on the Cape Flats.

The ultimate relationship test, Temptation Island South Africa follows couples at a crossroads in their relationship, where they must mutually decide if they are ready to commit to one another for the rest of their lives — or go their separate ways. 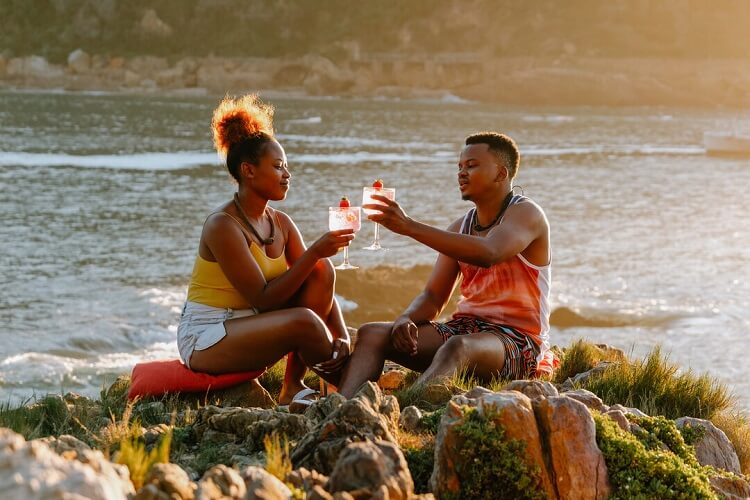 Together, the couples experience a luxurious holiday in paradise (aka Knysna), where they live separately – with 20 sexy single men and women who are looking for love. This last taste of the single life is meant to help answer their most difficult questions about their relationship, like, “Are we meant to be?” and “Is there someone better out there for me?”.

Afrokaans Film & Television (Survivor SA) is producing the 12-episode Showmax Original, which is hosted by Phat Joe (The Real Housewives of Durban reunion).

In March 2020, with just a handful of known infections, South Africa embarked on one of the strictest lockdowns in the world. United Apart SA – Lockdown Remembered is a deep dive into our country’s official lockdown strategy and the effect it has had on society, the economy and our most vulnerable citizens.

Did they go too far? Can a developing economy follow the lockdown models developed for fiscally sound countries? What fault lines did Covid-19 expose? What more could have been done to effect change while fighting a devastating pandemic?

SAFTA nominee Melusi Mbele (Isibaya) co-stars as her husband Sizwe, with Kwanele Mthethwa (Isithembiso) as the woman caught in the middle.

uMakoti Wethu is the feature film directorial debut of Nozipho Nkelemba, who starred in The Forgotten Kingdom, directed Gomora and wrote Emoyeni.

Gogo Dlamini (SAFTA Lifetime Achievement winner Thembi Mtshali-Jones) is a rich matriarch who wishes to reconcile things with her estranged family before she dies. As her family comes to say their goodbyes, they uncover the hidden secrets that have torn the family apart. Will the truth bring the Dlamini family closer or break them apart for good?

Thomas Buttenschøn was born HIV+ in Zambia in 1985 to a Zambian mother and Danish father. By the time he was nine, he had lost both his parents to the disease. Now in his mid 30s, he’s a household name in Denmark, as an award-winning musician and former judge of Denmark’s Got Talent.

Shot over two-and-a-half years, Tyler Q Rosen’s documentary feature Doin’ My Drugs follows Thomas as he returns to Zambia as living proof that HIV/Aids is not a death sentence. “I have two healthy children. I am healthy. I have a healthy wife. I cannot infect them because I am properly medicated,” says Thomas. “It is obvious to everyone that if all the infected were well medicated, like me, we would be able to eradicate HIV. Full stop.”

But in Zambia, despite government initiatives to make antiretrovirals available for free, there is much work to be done. The documentary follows Thomas as he organises a concert with Zambian stars like Maiko Zulu, Danny Kaya, John Chiti, Afunika, and B Flow – where free tickets are offered in return for HIV tests.

An official selection at CPH: Dox, Doin’ My Drugs has been hailed as “polished” and “engrossing” by Boston Globe; “inspiring” by Filmthreat; and “powerful” and “timely” by Film Juice.

“My parents will never come back, but if they are sitting up there watching, I hope they can see that I’m doing everything I can to get the sh*t stopped,” Thomas says.

Crime thriller #LANDoftheBRAVEfilm is set against the backdrop of a dry and desolate winter in Namibia, where a tough cop is hot on the heels of an ice-cold killer. As the demons of her past return to haunt her and a public scandal threatens to unravel the investigation, she is determined to catch the killer… even if she has to break the law.

Nominated for Best Picture at the 2021 Los Angeles Crime and Horror Film Festival, the film is written and directed by Tim Huebschle and produced by David Benade, the multiple award-winning team behind Another Sunny Day and Dead River.

Season 6 of Big Brother Naija, themed ‘Shine ya eye!’, is now live streaming 24 hours a day on Showmax, from the house challenges to the weekly tasks, the Friday night games to the Saturday parties. Hosted by Ebuka Obi-Uchendu, the 10-week reality show follows the lives of a group of strangers living together in one house, as they interact and compete with each other to win N90 million worth of prizes; the biggest pot for any reality show on the African continent. It’s been dubbed “Nigeria’s next biggest export” by Business Insider Africa.

Showmax is also the only place to watch BBN S6: The Buzz, hosted by Toke Makinwa. Streaming on Showmax Tuesdays and Saturdays from 7 pm, BBN S6: The Buzz sees the award-winning media personality share her no-holds-barred opinion on happenings in the BBNaija house. Toke, who currently hosts The Late Morning Show on Rhythm 93.7, says, “This is almost like the unfiltered version of Big Brother where we bring you weekly highlights so I’m looking forward to them messing up, I’m looking forward to them creating more drama, because that way my show gets even more interesting.”