South Africa’s most watched television drama Uzalo is bringing in fresh new faces in season 6. Actor Fezile Makhanya will be joining the cast of Uzalo in the 6th and upcoming season as Mpumelelo “Mpume”, a perfect gentleman and savvy businessman who is set to shake up Sbu’s world in an interesting way.

Uzalo has also announced that they will be introducing other characters such as Khehla’s mother, Nomcebo, which will be played by Nombulele Mhlongo and Thulane Shange as Thulani, a timid and suspicious lost son of Gxabhashe.

Speaking about adding three new characters to Uzalo season 6, Creative Director, Brenda Mukwevho, said: “As always, we’re excited about the new talent joining and cast, and the three new faces joining the family are no exception.”

See the full statement below. 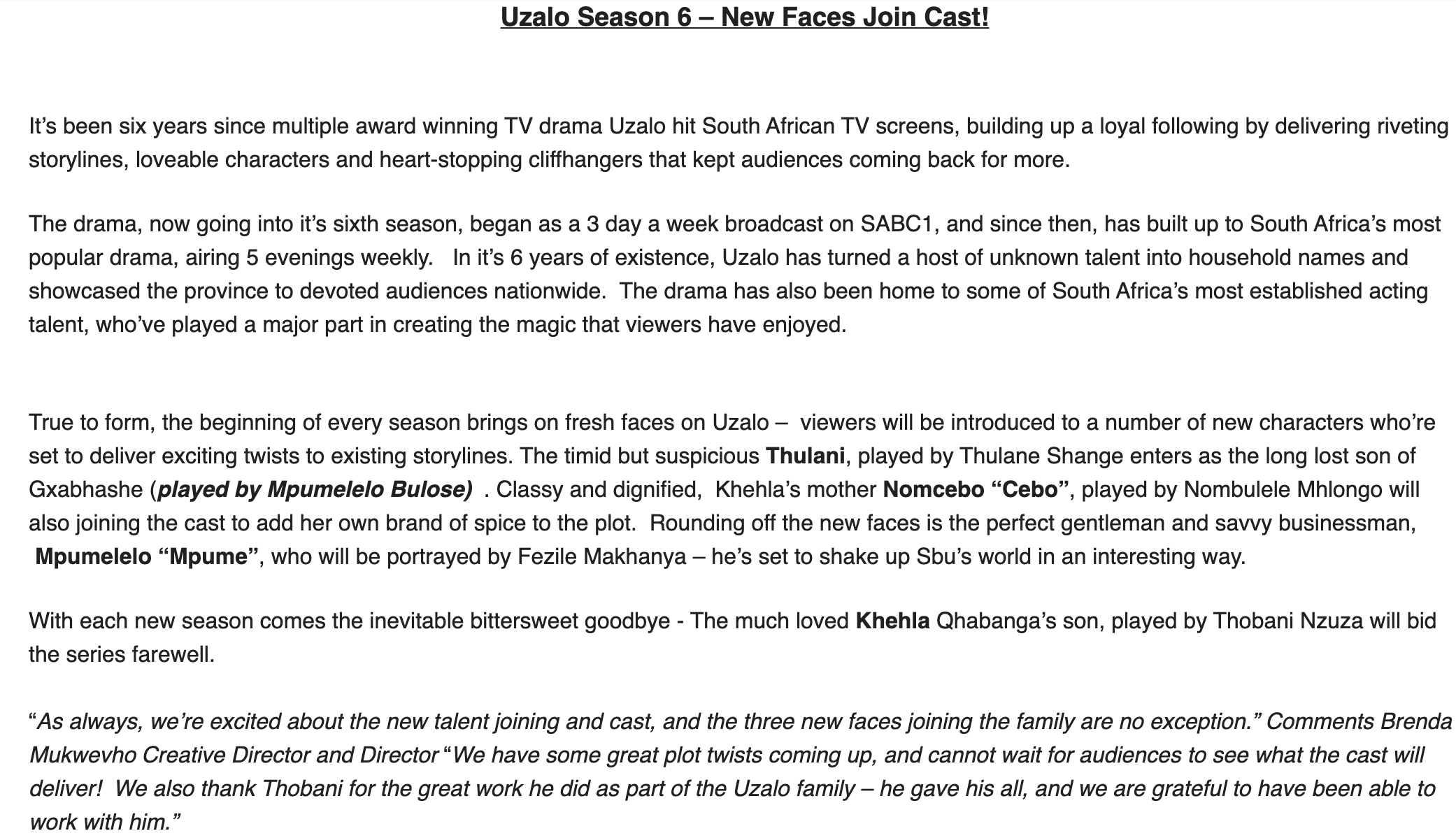 Powerball and Powerball Plus results for Friday, 7 May 2021

WATCH: ‘Trippin’ with the Kandasamys’ is coming to Netflix!