Showmax has released the first-look trailer for Uthando Lodumo, which follows Bongekile Simelane and Mandla Maphumulo, better known as gqom superstars Babes Wodumo and Mampintsha, in the build-up to their traditional wedding.

“We’re an open book in the way we live our lives,” says Babes in the Showmax Original reality series, which follows her and the West Ink Records founder from his proposal live on air on Gagasi FM in October 2020 through marriage counselling, lobola negotiations and pregnancy all the way to their vibrant traditional wedding in April 2021.

Babes burst onto the gqom scene with Wololo, featuring Mampintsha and Distruction Boyz, which racked up over 11m views on YouTube alone, and was nominated as Record of the Year at the MTV Africa Music Awards and the South African Music Awards, among other places. As Babes says in the trailer, “We were madly in love. We then made hit song after hit song. And we made a lot of money as a result.” 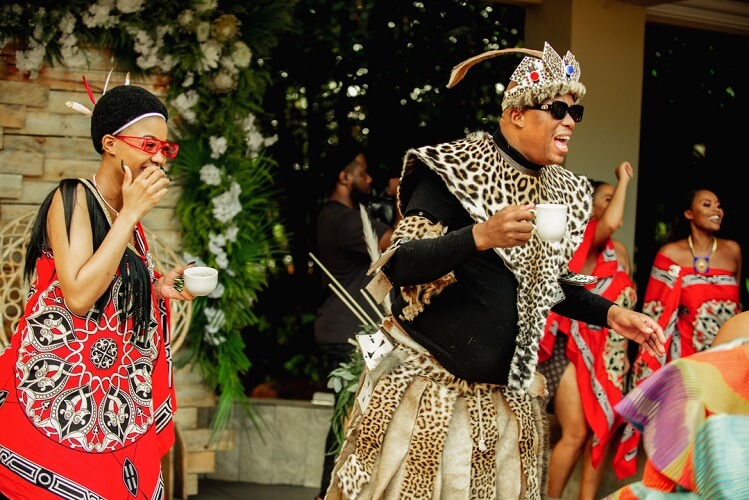 But their relationship hasn’t always been a fairytale, with an incident of gender-based violence trending on social media in 2019. The trailer suggests Mampintsha is still dealing with the aftermath of that controversy, as his initial letter to Babes’ family is rejected; we see him apologising to Babes’ parents; and we see Babes worrying about whether her family will turn Mampintsha’s family away at the gate…

Uthando Lodumo is being produced and directed by South African Film and Television Award (SAFTA) winner Thomas Gumede and SAFTA nominee Lungile Radu through their production company, Parental Advisory. “No one will be able to predict everything that happens in this show,” says Thomas. “We know it’s going to start a lot of conversations.”

All three episodes of the Showmax Original will be available to binge on 30 June 2021.

Showmax competed against itself in the Best Structured Soapie Reality category at the 2021 SAFTAs, with all three nominees: Lebo M – Coming Home, Somizi & Mohale: The Union, and the winner, Life With Kelly Khumalo, which is currently halfway through Season 2 on Showmax, with new episodes releasing every Thursday.