The 27-year-old actress was born in KwaZulu-Natal in a small village called Kwamaphumulo. After completing her matric, Zonke went to the Durban University of Technology to study drama and theatre. But she didn’t start her studies in drama, she first went to Berea Tech to study Civil Engineering but she couldn’t finish because of financial challenges at home.

Growing up, Zonke Mchunu had no intentions of becoming an actress, all she ever wanted to do was to dance. In an interview with Daily Sun, Zonke said it was impossible for her to dance because there were few opportunities in her village. She used to watch Jika Majika and Sarafina so that she could dance like them.

The multi-talented star met Dr Duma ka Ndlovu, the Television Producer and Director of Muvhango and Uzalo, through Uzalo as she was one of the singers on Uzalo’s church choir. Before Uzalo’s premier in 2015, the SABC 1 drama and Dr Duma used to run workshops for newcomer actors and that’s how she met him at the workshops. He told her about the Imani role and encouraged her to audition for Muvhango. She got the Imani role after multiple screen-tests.

“I was part of the choir and my role lasted under 10 seconds but I was on television. It was the most overwhelming moment of my life,” she said.

Catch Imani Nkosi on Muvhango on SABC2 weekdays at 21h00.

10 Things You Should Know about Zonke Mchunu 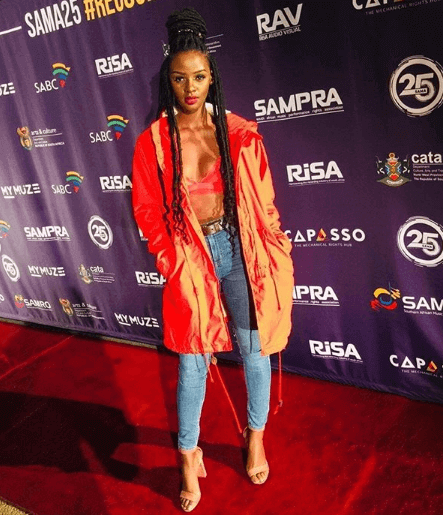