Here’s what’s Coming to Netflix South Africa in May 2021? This month (May) on Netflix, we have some hot new films and series to keep you warm as the colder weather starts to settle in. We are super excited to bring you the much anticipated mystery-thriller produced by Nthibah Pictures, I Am All Girls featuring Hlubi Mboya in the lead role as ‘Ntombizonke’, a troubled but powerful detective with a dark, ugly secret and Erica Wessels who plays her unlikely confidant and emotionally-troubled colleague, ‘Jodie Synman’ as they embark on an all-consuming journey to find justice and bring down a global human trafficking ring. In The Women In The Window, Amy Adams tries to solve a brutal crime she witnesses from her window while Josh Duhamel and friends try to prove their worth in the next generation of superheroes title, Jupiter’s Legacy. All this and more coming your way this May 2021 on Netflix South Africa.

Find some of our favorite licensed titles coming to Netflix South Africa in May 2021 below:

A look at the lives of employees at a big box store.

A fast-paced reality show that follows several incredibly busy and ambitious Manhattan women. Watch as they balance envious social calendars, challenging careers, and motherhood, with the hustle and bustle of the big city all around.

Daniel Ocean recruits one more team member so he can pull off three major European heists in this sequel to Ocean’s Eleven (2001). 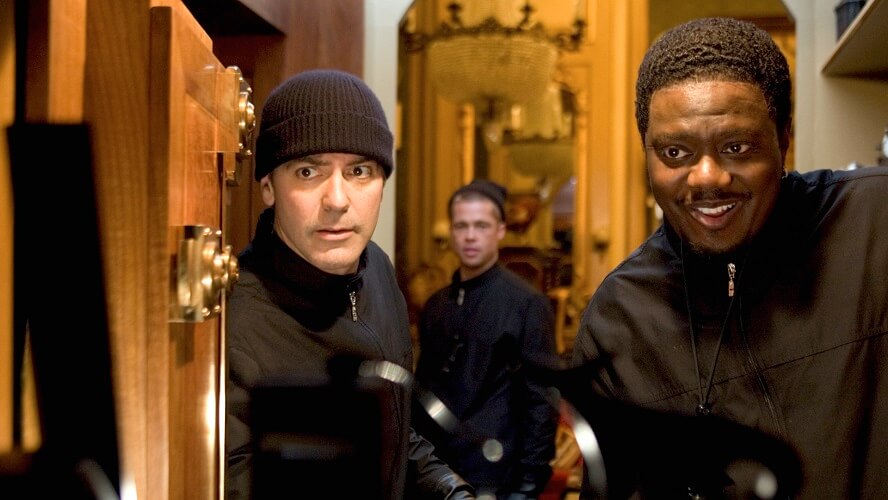 As Selena’s career gains momentum, the singer fights to remain true to herself, spend quality time with her family and expand her businesses.

Hank, Trash Truck and animal pals Walter, Donny and Ms. Mona let their imaginations take them on heartwarming adventures in their backyard and beyond!

The Sons of Sam: A Descent into Darkness – Netflix Original Documentaries

The Son of Sam case grew into a lifelong obsession for journalist Maury Terry, who became convinced that the murders were linked to a satanic cult.

A law student joins an anti-fascist group and finds herself sucked into increasingly dangerous situations and drawn more and more to violence.

Nanno is back, doling karmic retribution to more students and faculty in a new season of this anthology series — and this time, she’s not alone.

They’re the first generation of superheroes. But as they pass the torch to their children, tensions are rising — and the old rules no longer apply.

A talented teen implicated in a robbery-turned-murder fights for his innocence and integrity against a criminal justice system that’s already judged him.

Recently marking 500,000 kilometers on the road, a newly bereaved trucker faces the threat of losing the job that has come to define him to a new intern. 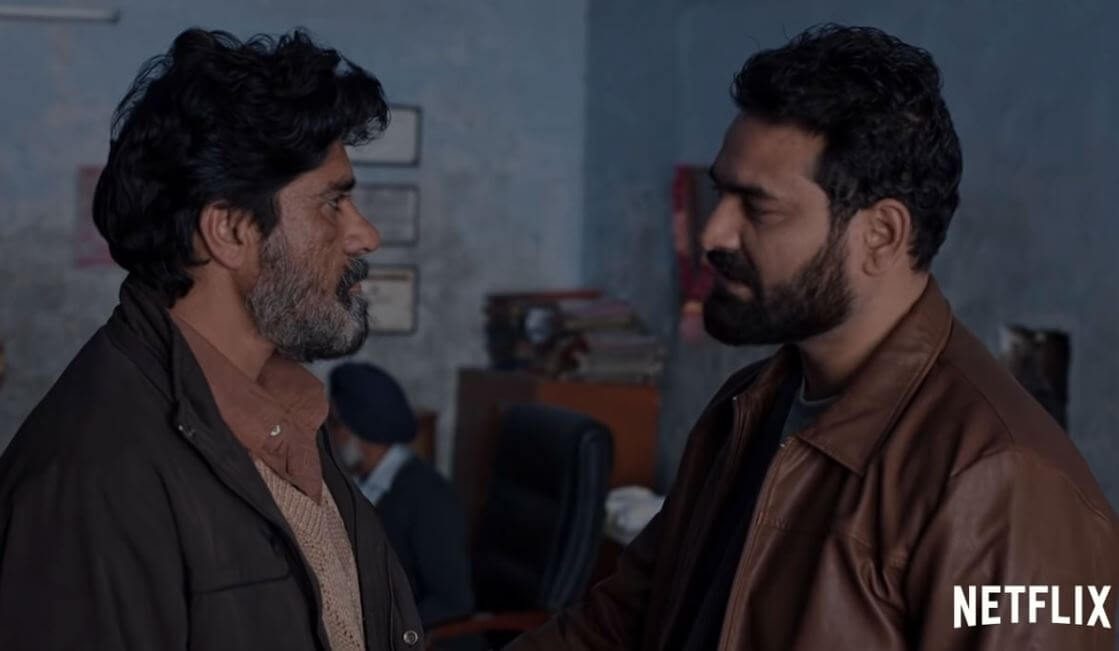 Encaged in a gold-clad life of secrets and lies, two women in a conglomerate family seek to topple all that stands in their way of finding true joy.

A struggling screenwriter discovers his lucrative ability to bring antiques from his dreams into the real world — but his new life soon unravels.

We spend it, borrow it and save it. Now let’s talk about money and its many minefields, from credit cards to casinos, scammers to student loans.

A working-class Black family in Indiana strives for a better life and a happy home while juggling everyday struggles in this comedy series.

A woman wakes up in a cryogenic unit with no memory. Quickly running out of oxygen, she must find a way to remember who she is in order to survive.

Dance of the Forty One – Netflix Original Film

A gay congressman marries the Mexican president’s daughter but cavorts with a young man at a secret club. And then scandal hits. Based on a true story.

I Am All Girls – Netflix Original Film

The Woman in the Window – Netflix Original Film

Confined to her home by agoraphobia, a psychologist becomes obsessed with her new neighbors — and solving a brutal crime she witnesses from her window.

Before he built a drug empire, Ferry Bouman returns to his hometown on a revenge mission that finds his loyalty tested — and a love that alters his life.

Finding life in all that’s left behind, a trauma cleaner with Asperger’s and his ex-con uncle deliver the untold stories of the departed to loved ones.

From wild adventures on far-flung planets to unsettling encounters close to home: The Emmy-winning anthology returns with a crop of provocative tales.

A menacing mansion. A haunting melody. A demonic cat. More real people share scary stories from their past — and the truth is terrifying.

When a big-city family moves to a remote town, two young brothers and their new friends try to solve the menacing mystery that haunts their new home.

To exact his revenge, Álex will have to bring to light his sister’s darker side – and come to terms with the fact that he never knew the real Sara.

Now semi-estranged from his mother, Ryan continues exploring the world on his own, with all the complex ups and downs life and love have to offer.

When a masked vigilante’s killing spree throws a city into chaos, a renegade detective and his rookie partner are the only ones who can stop it.

Just when Javi thinks he’s conquered being Earth’s superhero, challenges arise from an unlikely competitor … and some extraterrestrial visitors.

After a zombie outbreak in Las Vegas, a group of mercenaries takes the ultimate gamble by venturing into the quarantine zone for the greatest heist ever.

The teen campers on Isla Nublar return for another season of working together to escape from the island of free-roaming dinosaurs.

Mad for Each Other – Netflix Original Series

Bothered to realize they are next-door neighbors and share a psychiatrist, a man and a woman find it’s impossible to stay out of each other’s way.

Growing pains are going around this season, as the neighbors navigate getting older, identity crises — and a few alternate dimensions.

This documentary tells the story of the 1999 London bombings that targeted minorities, and the race to find the far-right extremist behind them.

From rice and okra to mac and cheese, African American cuisine has left its mark on the nation’s food scene. Stephen Satterfield charts its impact.

A chronicle of the 22-year career of soccer star Roberto Baggio, including his difficult debut as a player and his deep rifts with some of his coaches.

A rogue detective with unorthodox means leads an investigation into a massacre committed by unicorn mask-wearing assassins at an Israeli high school.

To save their cash-strapped orphanage, a man and his crew of young charges team up with a gruff boat captain for a lucrative sport fishing competition.

The delightful Argentine comic Agustín Aristarán (aka Soy Rada) is back, this time putting the spotlight on family and parenting, magic and music.

A new chapter unfolds for Sandy as he deals with a difficult loss, a daunting financial obligation, an important reunion and a major career boost.

Lucifer makes a tumultuous return to the land of the living in hopes of making things right with Chloe. A devil’s work is never done.

This unscripted series follows the members of the Kretz family of Paris and their luxury real estate business.

COMING IN MAY ON NETFLIX IN SOUTH AFRICA

Master of None – Netflix Original Series

Denise and wife Alicia take center stage this season as they wrestle with a growing rift in their seemingly happy marriage.

Bullied outcasts at an all-girls high school plot the perfect revenge to get back at their tormentors. Created by Tima Shomali.

Ewan McGregor stars in this limited series that tracks the meteoric rise and fall of the first American celebrity fashion designer. From Ryan Murphy.

Mythical chaos and environmental disaster loom as Magne looks for help in his fight against colossal foes and contends with his unmanageable brother.

A ragtag middle school badminton club makes a bid for the youth championships.