Coming up on Isidingo this February 2020: Isidingo Teasers

Olivia opens up to Lungi about a heavy secret. The shebeen starts falling apart without Cebisa. Lalage and Marius discuss relationships over a bottle of champagne.

Claudette tries to keep everyone afloat as the Sibeko family is plagued by yet another traumatic revelation. An inspired Sibiya is ready to help launch Cebisa’s empire to unimaginable heights. Wendy has a theory regarding Marius that might prove true.

Just when she thinks she’s making progress with her daughter, a mother’s worst nightmare is about to come to true. One queen’s business is thriving while the other’s isn’t and a decision to let go of the past leaves a family divided.

Olivia’s life hangs in the balance. Nina feels betrayed when Majola’s warning looks like coming true. Something happens to make Anja realise just how much she misses Hendrik.

Olivia finally identifies her molester. Cebisa comes face to face with her nemesis and she’s left fearing for her life. The Lategans decide to move on. 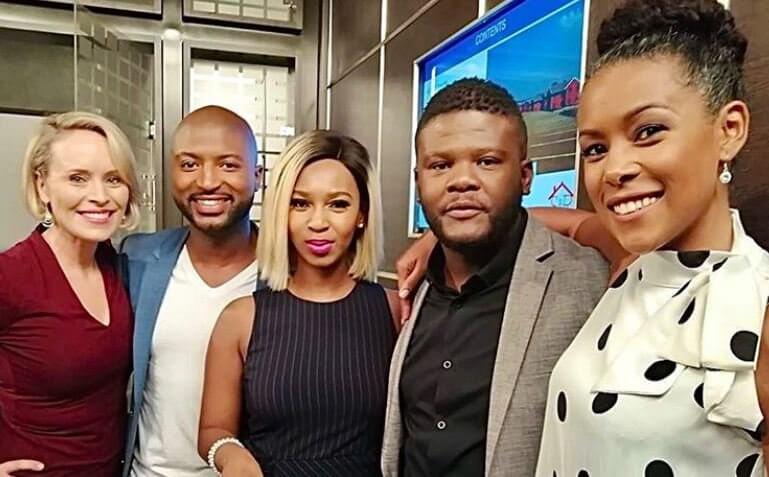 More disturbing revelations emerge about Olivia’s past. Cebisa is skating on thin ice with Nina. Marius transports Lalage back to their youth with a revealing admission.

There’s a development in the search for Lincoln. Nina’s attempts to ruin Cebisa’s business is met with unexpected opposition. Lalage tries to make sense of Marius’ revelation.

Lincoln remains in custody and in mortal danger. Nina sends her goons to rough up Cebisa. Marius makes an unexpected announcement.

Just when they think they’re so close to the end, one family learns they’re too far. When it rains it pours for one shebeen queen and almost doesn’t count for two ex lovers.

The latest news from West Africa forces the Sibekos into a new corner. Sibiya’s world is turned on its head with an unexpected arrival. Lalage experiences love again.

Mayekiso’s web of lies begins a chain of events no one could have foreseen. With Patience in town, Sibiya finds himself fighting a battle he did not envisage. Romance is blooming in the Lategan house.

Claudette wages war on Ayivor. Sibiya finds himself in a catch-22 of his own making. Anja tries to get her head around Lalage dating Marius.

Ayivor and Claudette learn Mayekiso is more sneaky than they thought. Sibiya struggles to juggle Cebisa and Patience. Lalage takes Nina up on her offer.

Lincoln struggles to deal with his time in captivity. Sibiya faces an impossible choice. The family urges Lalage to get on with it.

Lincoln unleashes his wrath and takes revenge. Sibiya is confronted by the harsh truth. Lalage’s love life takes another turn.

Ayivor agrees to lure Mayekiso to HD. Patience forgives her husband for being unfaithful. Marius makes a move on Lalage that leaves her uncomfortable.

Lincoln sets his plan to exact revenge in motion. The love triangle between Sibiya, Cebisa and Patience intensifies. Anja sees something that casts a suspicious light on a family member.

Things come to a climax when two arch enemies come face to face. Sibiya’s worst nightmare comes to fruition and one couple takes things to the next level.

A rejuvenated Lincoln regains his mojo. Sibiya’s antics start to come back to haunt him. Lalage and Marius take a second stab at happiness.

Lincoln goes to the extreme to take revenge on an enemy. A bad dream has Patience worried about her marriage. Lefa sacrifices a steady for a quickie.

Isidingo airs on SABC3 from Mondays to Fridays at 19h00. We hope you enjoyed the above Isidingo Teasers.