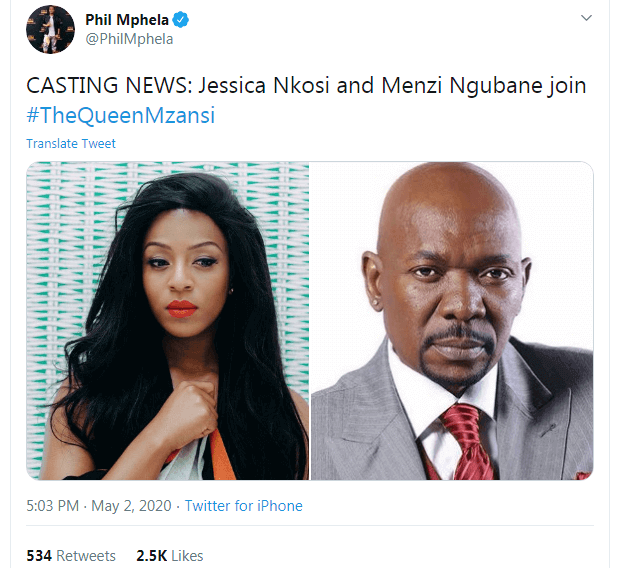 “Yes, I am leaving the show. But I am still shooting my last scenes right now. I am not sure how Qondi is going to exit the show, but I will know in the coming weeks as I am having a meeting with the production team,” Nkosi said in March

She also said she is leaving Isibaya for greener pastures. In 2016 the former Our Perfect Wedding presenter was named favourite actress at the YOU Spectacular Awards for her role as Qondi.

Menzi Ngubane also cleared the air on his Isibaya exit saying “I leave a happy man”.

“My story/character’s role has ended and I’m leaving Isibaya a happy man having entertained you. Thank you for your support,” he said in a statement posted to social media in March.

“We are excited that one of the channel’s most loved telenovelas is set to feature South African legends as they showcase their craft and add even greater authenticity and flavour to the story.” – Philly Kubheka Head of PR and Publicity for Mzansi Magic