Set from the late 1960s to the mid-1980s, the films each tell a different story involving London’s West Indian community, whose lives have been shaped by their own force of will, despite rampant racism and discrimination. Even though this collection of films is set some decades ago, the stories are as vital and timely today as they were for the West Indian community in London at the time. Small Axe is a celebration of Black joy, beauty, love, friendship, family, music and even food; each one, in its own unique way, conveys hard-won successes, bringing hope and optimism for 2020.

Red, White and Blue tells the true story of Leroy Logan, a young forensic scientist with a yearning to do more than his solitary laboratory work. Soon after he sees his father assaulted by two policemen, he applies to become a police officer; an ambition borne from the hope of wanting to change racist attitudes from within. First, Leroy has to face the consequences of his father’s disapproval, then the blatant racism he finds in his new role as a despised yet exemplary Constable in the Metropolitan Police Force. John Boyega (Star Wars: The Force Awakens) and Steve Toussaint (Prince of Persia) star with newcomers Tyrone Huntley, Nathan Vidal and Jaden Oshenye. 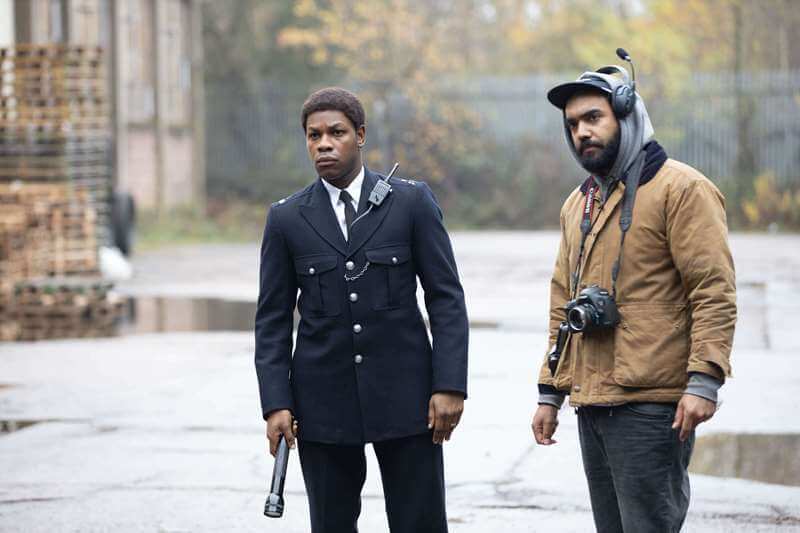 Red, White and Blue was co-written by novelist and playwright, Courttia Newland (The Gospel According to Cane, Family Room), and Steve McQueen.