The latest Moziak Magazine cover is out featuring multi-award-winning musician and businessman, AKA, which also marks the debut of Blue Mbombo’s interview series for Moziak, Blue’s Corner.

ALSO READ: AKA set to take over the summer with double single releases, F.R.E.E and Main Ou’s

In a 3-part candid conversation, AKA sits down with Blue Mbombo – taking a look at the journey of King Forbes over the past 10 years, how he has sustained his brand and the legacy he wants to leave behind. AKA reveals family, business and what’s next! 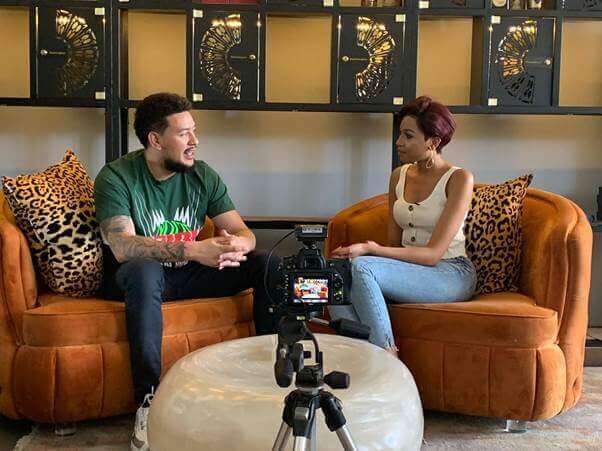 “I’ve never done anything like this before… To kick start my first interview with not just anyone but one of the world’s best Hip Hop stars has been a great launch pad for Blue’s Corner. I thoroughly enjoyed my interview with AKA, and I can’t wait for everyone to see it,” shares Blue Mbombo, Creative Producer at Moziak Magazine.

For all the details behind his SneAKA collaboration with Reebok, his music process and some surprising baby tips for Blue Mbombo, watch AKA’s Moziak interview on Blue’s Corner below: