South African rapper and songwriter, Zuxole Ngetu known professionally as Lolo Vandal, has announced that he will be releasing his highly anticipated album titled “Isivumelwano”. The album will drop on the 27th of October 2020.

We recently saw the rapper on SABC Morning live and SABC Trendz Travel, explaining how he entered the 48H film project. During the making of his new album ‘Zuxole Ngetu” participated in a film competition where filmmakers were given an opportunity to produce a movie in 48 hours.

Due to lack of equipment Zuxole and his team African Elephant produced their film using a cell phone. During his interview with SABC Morning Live the rapper said; never let anything stand on your way, make things happen with what you have. If you have a smart phone with a good camera quality you can produce a TV show, movie or a music video.

The Xhosa rapper showed how serious he is with his business when he wrote, directed, edited and submitted the movie in 19 hours of the 48 hours he was given. The musical and comedy movie was screened at The Mall Of Africa, Sterkinekor, now available for everyone to watch on YouTube.

What’s Next for Lolo Vandal?

The artwork of the album shows us how the Xhosa rapper Lolo Vandal is connected to his true identity. “Watching over Africa and listening to mother earth” is the greatest definition for this beautiful art.

Xhosa rapper Lolo Vandal used this term because he believes this album fully expresses his commitment to what he does. Album recorded at African Elephant, engineered by one of the greatest in the game. 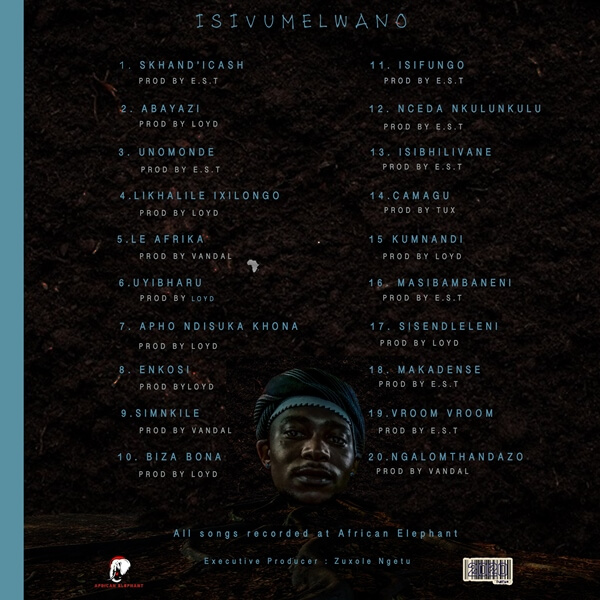 Powerball and Powerball Plus results for Friday, 15 January 2021