Money Heist currently holds the current record of being the most-watched non-English title on Netflix. Money Heist season 4 managed to rack up an incredible 65 million views around the globe and as of August 2021, was still dominating the top 10s around the globe.

The long-awaited return of the popular Netflix show Money Heist has already received positive reviews from fans in South Africa and also took to social media to express their excitement.

La Resistencia is taking over the world… and Times Square.💥 #MoneyHeist5 #LCDP5 pic.twitter.com/iPWdDdNUty 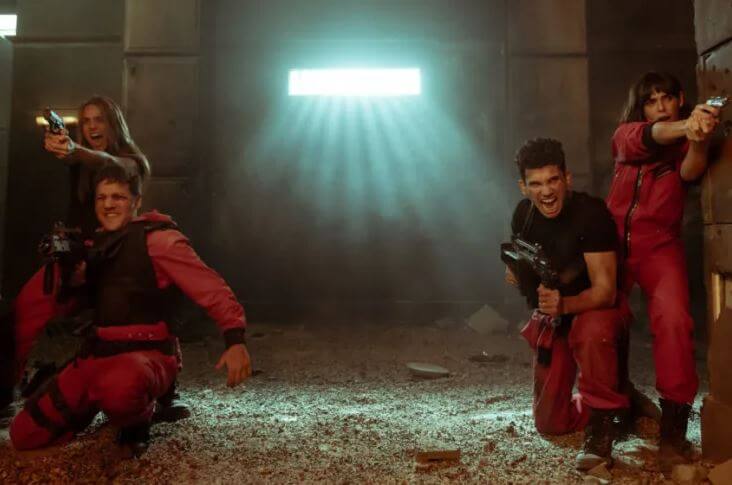 The gang has been shut in the Bank of Spain for over 100 hours. They have managed to rescue Lisbon, but their darkest moment is upon them after losing one of their own. The Professor has been captured by Sierra and, for the first time, doesn’t have an escape plan. Just when it seems like nothing else could go wrong, an enemy comes on the scene that is much more powerful than any they’ve faced: the army. The end of the greatest heist in history is approaching, and what began as a robbery will turn into a war.