Three years after the release of King of Boys the highly-awaited sequel to one of the highest-grossing Nollywood movies of all time is coming to Netflix, but this time as a seven episode series on August 27, 2021.

King Of Boys : The Return of The King will see Sola Sobowale and Toni Tones return as Eniola Salami and picks up with Eniola’s triumphant return after a five-year exile. However, her shocking, unannounced return rattles the cages of her enemies – both old and new. And once trusted allies desert her at her most vulnerable moment – all while she faces an even greater battle within herself for the redemption of her tortured soul.

Produced by Kemi Adetiba Visuals, King Of Boys: The Return of The King is a sequel to the hugely successful 2018 crime political drama. The film was critically acclaimed for its gripping storyline and has remained on the list of highest grossing Nigerian films till date. Sola Sobowale and Adesua Etomi-Wellington also won the 2019 Africa Movie Academy Awards (AMAA) for ‘Best Actress In A Leading Role’ and ‘Best Actress in a Supporting Role’, respectively.

Series creator Kemi Adetiba released a 4-minute teaser for “King of Boys 2” that set social media abuzz with excitement in 2020. It strongly hinted at the return of the movie’s main villain, Makanaki (Reminisce), a character whose ambiguous fate left fans speculating. 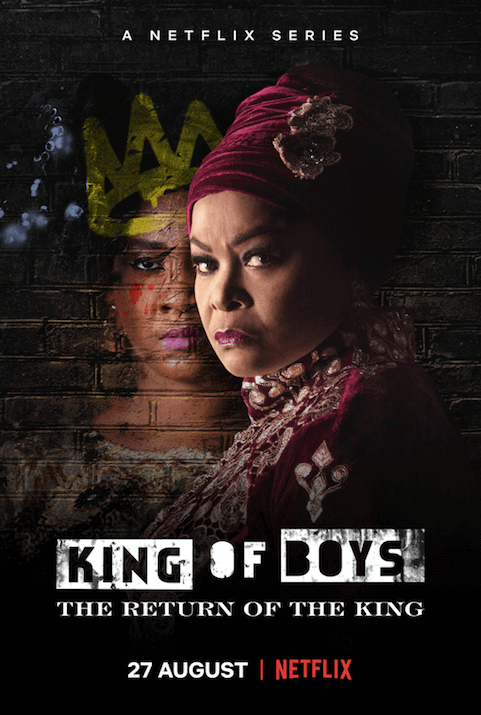 Kemi Adetiba comments “When I decided to tell the King of Boys story, I never imagined it would take on a life of its own in the way it has. It’s been such an exciting ride from its introduction in 2018 to the Nigerian audience, and their reception was so incredible that the fans have been clamoring for more. I’m so honored that today, I get to share the world of Eniola Salami and King of Boys 2: The Return of the King to a global audience, but this time with the massive backing of Netflix. Continuing the King of Boys journey with Netflix is a big deal for me, especially as this time, it will be served to the world as a limited 7-part series”

Netflix is investing heavily in Nigerian films and series across all genres and for all generations, including much-loved hits like King of Boys: The Return of the King; Castle & Castle & Castle 2 as well as Swallow, The Secret Lives of Baba Segi’s Wives and Death and the King’s Horseman which are already in the pipeline. Nigerian entertainment fans can enjoy all these exciting Nigerian stories and other international content —uninterrupted and without ads— from NGN1, 200 per month on the newly-launched Mobile Plan which is now available alongside the Basic, Standard & Premium plans.