Polish your wedding step moves and get ready to sing along to, “Makoti, ke di nako!” and other traditional wedding songs when you immerse yourself into Netflix’s trailer for How To Ruin Christmas: The Wedding today! South Africans love a good Dezemba bash and if the trailer is anything to go by, we are in for a festive treat! From the hilarious Ramaphakela Siblings of Burnt Onion Productions, expect colourful, relatable family drama, laugh-a-minute punch lines and of course, a whole lot of romance.

Set against the backdrop of the Beauty’s Christmas Wedding, Tumi Sello, Beauty’s older, troublesome sister’s shenanigans come to life, quite literally ruining her sister’s well-thought-out wedding. The romantic comedy, set to premiere on Netflix on 16 December 2020 is right on cue for peak Mzansi downtime, making the three-part series the viewing event of the season.

From the inappropriate ‘drunkle’, Malome Shadrack, to judgemental aunties, resentful siblings and closely guarded family secrets, the three-part series offers up hilarious tropes that families the world over can relate to. The combined force of the ensemble cast, witty scripts, glorious Johannesburg vistas, and gripping storylines make for a compelling Festive Season watch. 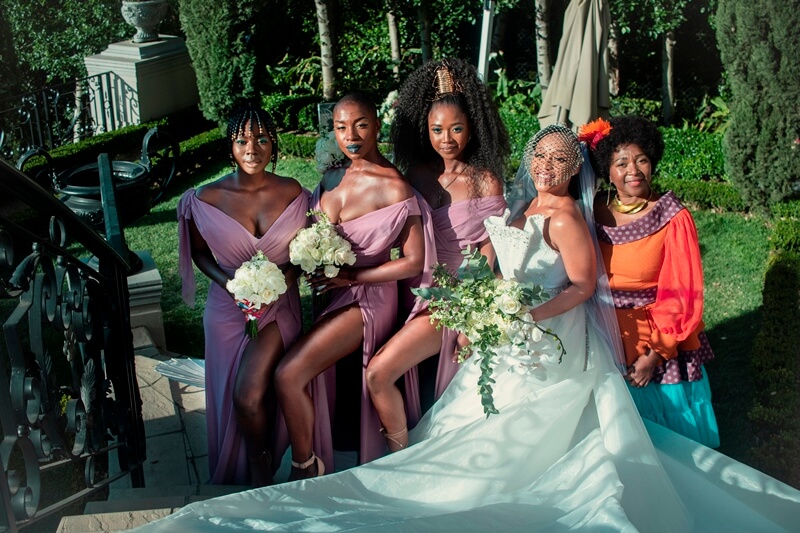 Dorothy Ghettuba who leads African Original Series at Netflix said, “we are excited to bring this hilarious festive season special to the service and believe our audiences across the world will be enthralled from start to finish. We are committed to working with creatives on the African continent who, through their art, showcase the immense talent we have to offer” while Executive Producer, Rethabile Ramaphakela, from Burnt Onion Productions, said, “I don’t think the African continent has seen a Christmas show quite like this before. What makes How To Ruin Christmas: The Wedding so great is the fact that every single person across Mzansi and the world can relate to at least one of the many colourful characters from the show and we’re excited to showcase our creativity on a global service like Netflix. Knowing that this will be available in 190 countries ] is incredible and we cannot wait to see how the audience receives it”.

Watch Netflix’s How To Ruin Christmas: The Wedding Trailer