If you are a Rhythm City fan, you would know that it is impossible to not know who the character called Bash is. Played by Siphiwe Mtshali for almost a decade on the daily drama, Rhythm City will soon see many Bash fans finding themselves in tears. His character storyline comes to an end on the 27th of September 2019, when he comes face to face with death.

ALSO READ: Pearl Modiadie is excited to Join the cast of Rhythm City

Mtshali started on Rhythm City as a young, full of life actor and over the years has managed to add strong substance and flair to the character he plays. Bash is an ordinary guy who grew up under horrible circumstances that forced him to grow up quickly. He took up adult responsibilities at a time when he should have been enjoying his childhood and instead of playing games like any child should, Bash was in the streets and hustling for his next meal.

Over the years, Bash has gotten himself tangled in sin, and his life has been mixed up in twisted secrets that have turned his life upside down. From being in the middle of a baby snatching case to being a prime suspect in Bongi’s murder case. Now, just when he thought that he has found a new lease at life. Things turn out for the worst.

Here is a sneak peek into how the story unfolds. 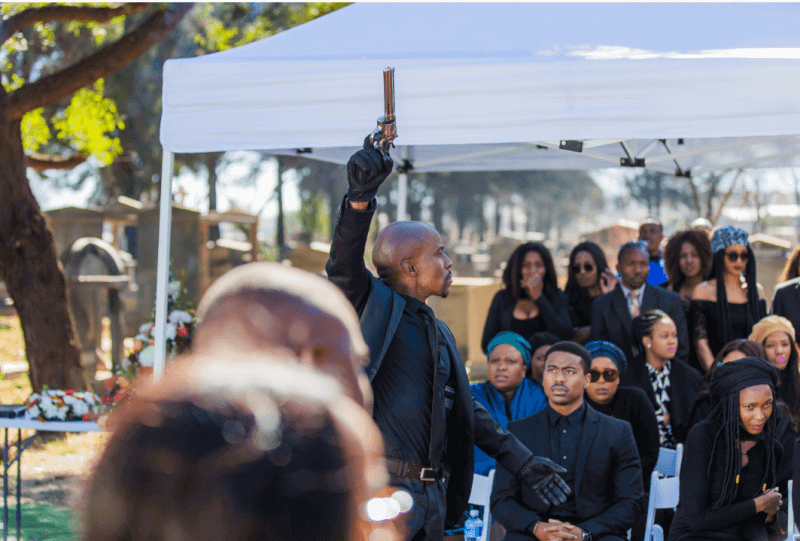 Bash discovers a big secret about Khulekani (played by Mncedisi Shabangu) and threatens to expose him in exchange for funds that will help him out of his murder case charge. Unfortunately for Bash, life is a dog eat dog world where survival of the fittest is the most fundamental rule in the book.

Khulekani will not stand for being threatened by Bash and this is where the drama unfolds. Bash must be silenced.

“If ever there was a kasi representative it was Bash. An all-round kasi character, that’s what he was. He served us well and will be sorely missed. As the saying goes however, every good thing must come to an end. Siphiwe Mtshali will give way to our upcoming actors on Rhythm City as they strive to fill his shoes.” says e.tv Rhythm City Executive Producer Pontsho Mdikane.