ALSO READ: Gospel musician Dr Tumi opens up about his struggles with exhaustion

According to various sources online, The Illuminati is a name given to several groups, both real and fictitious. Historically, the name usually refers to the Bavarian Illuminati, an Enlightenment-era secret society founded in May 1776.

Dr Tumi, who was born and bred in Seshego in Limpopo Province, is regarded as a spiritual music Doctor and is celebrated by many people in South Africa.

Taking to social media to detail what happened, Dr Tumi started off by saying: “So early today they tried to recruit me to join an Illuminati society.”

He revealed that he was promised $1 million per month if he joins the secret society.

“Got told I have been noticed and would be of value. Got promised $1mil a month and great fame and influence across the globe. But we are not the type you can buy with money. wont leave Jesus for fame or fortunes. I am Already bought with the highest price when Christ gave his life for me. And it is God who will cause my name to be great. Not a society. Interesting days (sic).” – he added 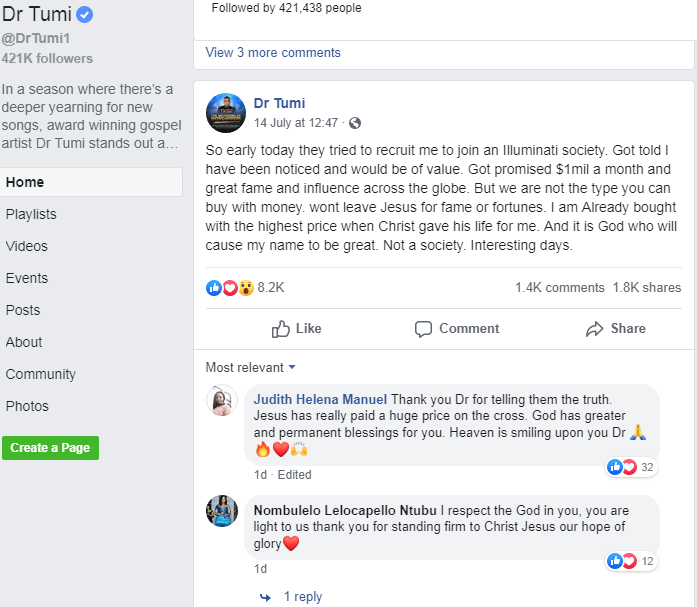