Streaming service Showmax is expanding its investment in Africa with its first original Kenyan series and second co-production with global broadcaster CANAL+.

Showmax and CANAL+ have begun production on Crime & Justice, a gritty police procedural and legal show set in Nairobi.

Crime & Justice features a heavy-weight cast with Sarah Hassan (Plan B, How to Find a Husband) and Alfred Munyua (Poacher, The First Grader, Sense8) starring as Makena and Silas, the two detectives at the heart of the topical show that follows one ripped-from-the-headlines case per episode, all the way through to the courtroom verdict.

“When I first read the script, I loved the delivery and realness of Silas as a character. It’s not exaggerated and he’s no Rambo hero; he just tackles his cases the normal way. I found a very real edge with this script, and I hope I’ll do justice to the role,” says Munyua.

Hassan says she is looking forward to playing a detective for the first time in her career. “This is a very different character; I’ve never played anything like Makena before. It’s very exciting to get a character that makes me grow as an actor.” 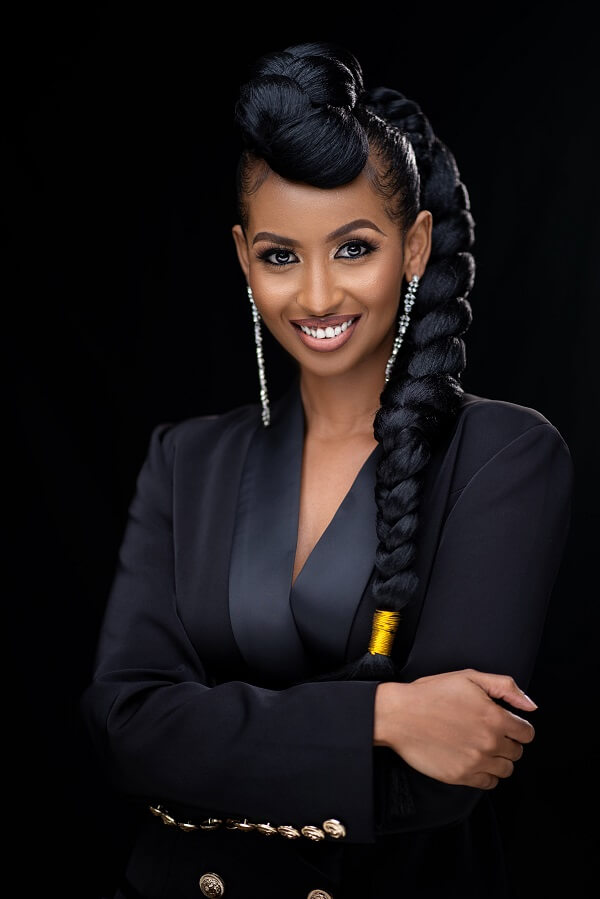 While this is the first Kenyan Showmax Original, it is not the first foray into original Kenyan content for the MultiChoice Group, Showmax’s parent company. With more than 25 years of experience in Kenya with its video entertainment businesses GOtv and DStv, MultiChoice produces more than 10 original Kenyan productions each year, including some of the most popular series on its flagship East African channel, Maisha Magic, like Kina, Selina, Pete and Chozi. Showmax subscribers benefit from this wealth of content, as many of these much-loved shows are also available on the standalone streaming service.

“We are fundamentally an African business and are invested in telling African stories that reflect the lives, languages and cultures of the continent. We believe in African talent and look forward to shining the international spotlight on not only Kenyan stars, but the Kenyan technical industry’s capabilities,” says Yolisa Phahle, CEO of MultiChoice Connected Video. “We believe that streaming video is a powerful way to deliver these shared stories. This is one of many more Showmax Originals we have in the pipeline across Africa.”

Crime & Justice follows the announcement of the first CANAL+ and MultiChoice co-production earlier this year, Blood Psalms, which will premiere on Showmax in 2021.

Based on ancient African mythology, Blood Psalms is an epic 10-part series that chronicles the rise to power of a fierce teenaged princess, Zazi (Bokang Phelane from Keeping Score, Emoyeni), who battles a world-ending prophecy to navigate her people through ancient curses, long-standing tribal vendettas, and the wrath of the Gods.

CANAL+, which will distribute Crime & Justice to its French-speaking base, is also committed to entertainment in Africa. Fabrice Faux, Chief Content Officer of CANAL+ INTERNATIONAL, says, “As part of our strategy of providing our subscribers with the best original content from the continent, we are proud to partner with Showmax and enrich myCanal as well as CANAL+ channels with such premium series.”

Showmax is an internet TV service. What sets Showmax apart is a unique combination of hit African content, first and exclusive international series, premium documentaries, and the best kids’ shows. Showmax Pro adds music, news and live sport from SuperSport. For a single monthly fee, get unlimited access. Start and stop when you want.

CANAL+ Group is a leading media company and pay-TV operator. It is also a leading player in free-to-air television with three national channels, C8, CSTAR and CNEWS, and an ads sales agency. CANAL+ Group has a wide international footprint with a presence in Europe, Africa and Asia. CANAL+ Group totals 20.1 million subscribers worldwide, including 8.4 million in mainland France. With STUDIOCANAL, CANAL+ Group is also a European leader in the production, acquisition and distribution of feature films and TV series. CANAL+ Group is wholly owned by worldwide integrated content, media and communication group, Vivendi.