This follows a steady flow of Showmax Originals in 2021, from critically acclaimed scripted series like DAM, Tali’s Baby Diary, Skemerdans and Crime and Justice, their co-production with CANAL+, to Devilsdorp, the record-breaking true-crime series everyone is talking about, to wildly popular reality TV series like Uthando Lodumo, which broke Showmax’s overall first-day views record, to I Am LAYCON, which set a Nigerian first-day record, to the second season of the 2021 South African Film and Television Award (SAFTA) winner Life With Kelly Khumalo S2.

“Despite strong international competition, our three most popular shows on Showmax in the first half of 2021 were all local,” says Candice Fangueiro, Showmax’s head of content. “So we’re delighted to introduce our next wave of Showmax Originals, a mix of returning favourites and groundbreaking firsts, from some of Africa’s most talented filmmakers.”

These include first seasons of the epic fantasy Blood Psalms, the telenovela The Wife, the romcom Troukoors, the comedy Ghana Jollof, the docu-series Seks in Afrikaans, the family thriller Desert Rose, and the survival horror Pulse, as well as the second season of the SAFTA-winning sitcom Black Tax, not to mention a three-film post-apocalyptic film slate, led by the critically acclaimed Glasshouse.

COMING SOON IN 2021 ON SHOWMAX

Set in ancient Africa 11 000 years ago, Blood Psalms chronicles the rise to power of a fierce teenage princess who battles a world-ending prophecy to navigate her people through ancient curses, long-standing tribal vendettas and the wrath of the gods.

Show creators Layla Swart and Jahmil X.T. Qubeka from Yellowbone Entertainment were responsible for South Africa’s 2020 Oscar entry, Knuckle City. The boxing drama was the most awarded film at the 2020 SAFTAs, where it took home six awards, including Best Director for Qubeka and Best Editor for Swart, and the most nominated film at the 2020 Africa Movie Academy Awards (AMAAs), where it won two awards. 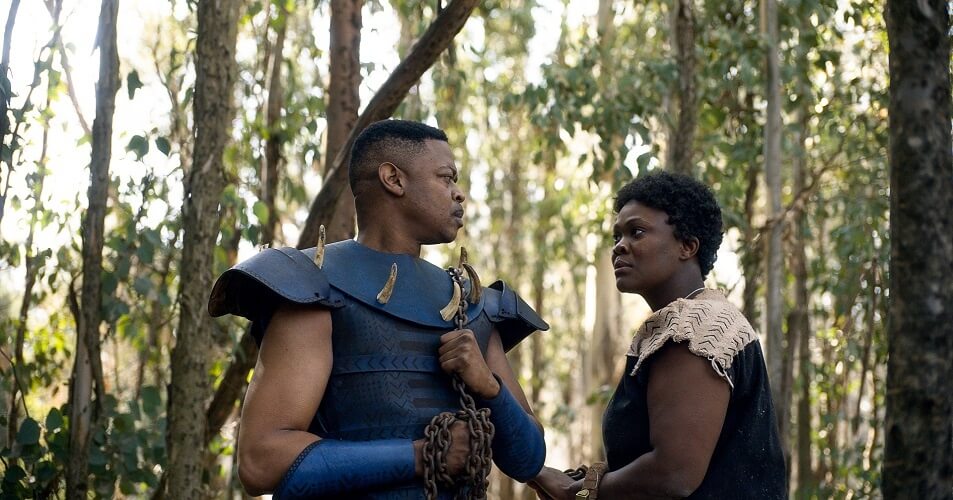 In the laugh-out-loud BET Africa original family sitcom Black Tax, Thuli is a single mom whose hard work as a real estate agent is just starting to pay off – when she realises she’s expected to take care of not just her cousin’s child, but her parents too. They’re experiencing financial difficulties and they’re here to stay. After all, the unspoken rule is that when you’re successful, you have to pay everyone back for the support they gave you when you were growing up.

SAFTA winner Jo-Anne Reyneke (Broken Vows, Isono) stars as Thuli, with Mandla Jwara (Isithembiso) nominated for Best Actor at the 2021 SAFTAs as her father. Industry legend Clementine Mosimane, a 2020 SAFTA winner for Poppie Nongena and 2021 nominee for How To Ruin Christmas: The Wedding, plays her mother, while comedians Sne Dladla and Jason Goliath also star.

Created by Meren Reddy, Joshua Rous and Luke Rous, who have 15 SAFTAs between them, Season 1 won the SAFTA for Best Scriptwriting In A TV Comedy, with four more nominations, including Best Comedy. A co-production between BET Africa and Showmax, Black Tax is being produced by Rous House Productions (Inconceivable, Elke Skewe Pot, High Rollers). 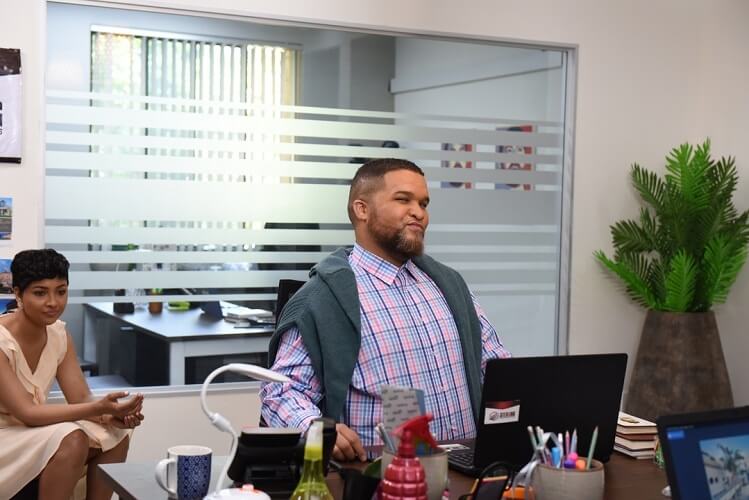 1Magic’s The River and Mzansi Magic’s Gomora are among the top 10 shows on Showmax overall for the first half of 2021, but the African streaming service has never had a Showmax Original telenovela to call their own. Until now.

The Wife is based on Dudu Busani-Dube’s bestselling novels Hlomu the Wife, Zandile the Resolute, and Naledi His Love, which follow the lives of the eight Zulu brothers, a formidable crime family, through the eyes of the wives they marry. The 120-episode season will be split evenly between the three books, with the first 40 episodes focusing on Hlomu, a journalist who falls in love with a taxi driver, not knowing he’s behind the cash in transit heists she’s investigating.

The Wife is being produced by Stained Glass, the company behind SAFTA-winning shows like eHostela and Uzalo, South Africa’s most-watched soap opera.

Troukoors follows Jessica, a wedding planner who’s surrounded by love but struggling to find it for herself. Fangueiro says, “Troukoors is a light, sexy and bubbly romcom, like Younger meets The Bold Type meets Emily in Paris, but set against the splendour and romance of the Cape wedding industry.”

The first film in the slate, Glasshouse had its world premiere at the 25th Fantasia International Film Festival in Montreal, Canada in August 2021, receiving multiple five star reviews and an 83% critics rating on Rotten Tomatoes. Film Threat’s Lorry Kitka singled out Glasshouse as her “favourite film of the year so far” and Exclaim proclaimed, “Kelsey Egan is a filmmaker to keep an eye on.”

Glasshouse is set after The Shred, an airborne dementia, has left humanity roaming like lost and dangerous animals, unable to remember who they are. Confined to their airtight glasshouse, a family does what they must to survive – until the sisters are seduced by a stranger who upsets the family’s rituals, unearthing a past they have tried to bury.

Greig Buckle is producing the slate through Local Motion Pictures. Buckle was co-producer of the Oscar-shortlisted Life, Above All and line produced the #1 US box office hit Chronicle, among other high-profile service jobs in South Africa.

In Seks in Afrikaans, four Afrikaans couples and two singles, with the help of clinical psychologist Bradley R Daniels, will speak openly for the first time about their sex lives and in the process discover there is more fun to be had!

Featuring interviews with sex workers, adult shop owners, a unicorn, swingers, dominatrixes, a crossdresser, a dungeon master, people who dress up like babies, and others who prefer full body latex suits, Seks in Afrikaans will be an eye-opening tour of what your neighbours and co-workers get up to behind closed doors..

The six-part docuseries is being produced by media personality Rian van Heerden through Provoco.

The Greyling siblings reunite at their family home in the Namaqualand desert in the Northern Cape after one of them reneges on a decade-long deal to settle the debts they took on when their father (Neil Sandilands from DAM and Sweet Tooth) abandoned them and disappeared. To get out of ruthless debt collector Eugene Van As’s crosshairs, they need to come up with the cash or find their father – before Van As and his thugs take them all down.

In Pulse, an international group of young game creators discover survival is not just a game when an electromagnetic pulse bomb turns their secure office high-rise into a battlefield. They will need to use the survival skills they honed while creating their game if they are going to escape the imploding building, whose other occupants are becoming dangerously psychotic…

Pulse is the result of an international collaboration between global production and finance company Media Musketeers, UK-based ForLan Films and SA’s Red Mirror, co-produced with MediaPro.