ALSO READ: Showmax Login: How to Login to Showmax in South Africa

With Showmax, you can download shows to smartphones and tablets to watch later offline.

Showmax and Showmax Pro are available in sub-Saharan Africa. A Showmax diaspora service is also available in selected markets worldwide.

Anyone can get sign up for Showmax, you don’t need to have DStv to sign up. However, there are special deals for DStv subscribers. DStv Premium customers get Showmax for zero extra cost, and DStv Compact and Compact Plus subscribers pay R49 per month by adding Showmax to their DStv bill.

Showmax Pro currently has no special deals for DStv subscribers. 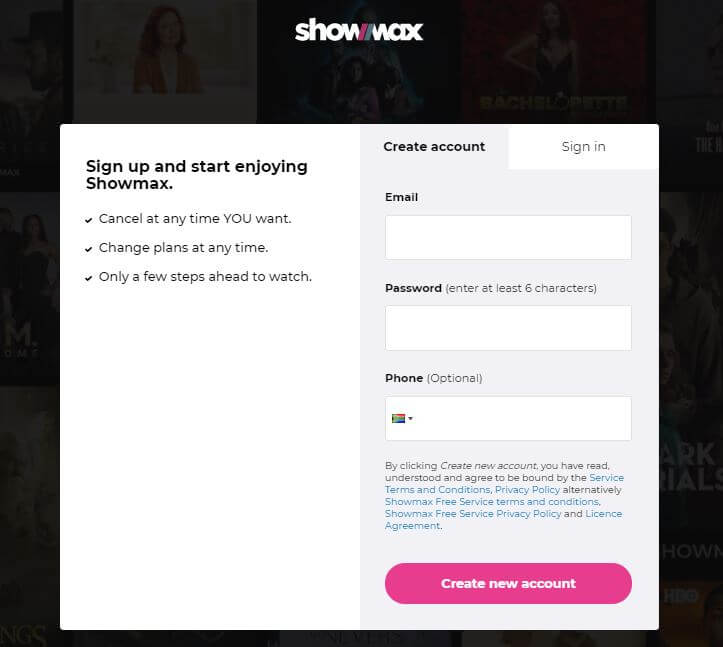 How Much is Showmax in South Africa?

How to Sign Up for Showmax in South Africa

You can cancel your Showmax account anytime you want or change plans any time you want. That’s it about Showmax Sign Up guide in South Africa.