This comes after weeks of speculation. Sjava announced the news on Tuesday on Twitter saying he is no longer with Ambitiouz Entertainment. He also said that he remained grateful to the label for giving him a chance and had no beef with anyone.

Sjava also said that he respects all the artists signed to the label and also ex-members and producers. Other artists including Fifi Cooper, Saudi, Amanda Black, Priddy Ugly, A Reece and most recently Emtee have also dumped the label.

See the full statement below: 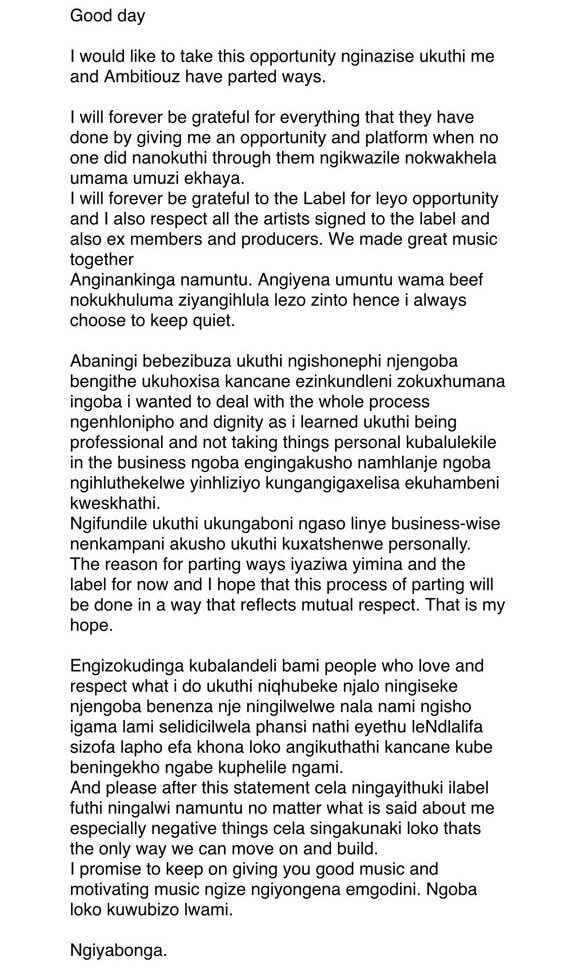