What started out as an idea to build a city to launch new Volkswagen T-Cross, steadily grew into one of the most ambitious and exciting campaigns that the brand and its agencies had ever embarked on. Now this is how to launch a car.

The idea? To create the tourist destination of a lifetime. Welcome to T-Cross City, the ultimate urban playground.

Entering through a ‘passport control’ ticketing checkpoint, thousands of visitors to T-Cross City were met by ‘tour guides’ who gave them a city map and encouraged them to explore their new destination, its sights and its activities. You could snap a pic at the giant tourism photo frame before embarking on a driving experience on a bespoke route, complete with quirky road signs, fun traffic lights and mock pedestrian crossings.

Positioned as a vehicle that lets you play your own way and make your own choices, T-Cross City gave fans the choice of experiences to enjoy, including an opulent jazz club, comedy, football, a rooftop party, virtual reality games and a gourmet food market; all built from scratch and curated by top names in the industry. 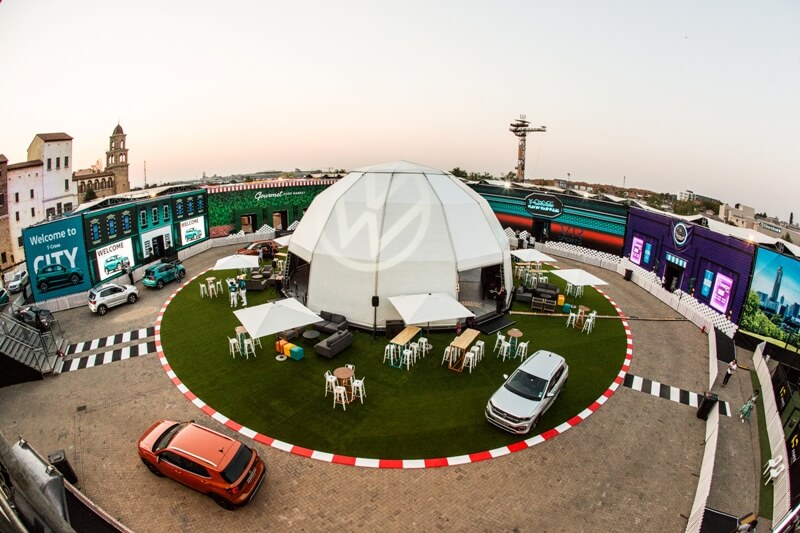 The 6 000m² city was constructed as giant film set at Montecasino’s outdoor area, and as you walked out of the complex onto the city site, you were hit by the sheer spectacle of 12 kilometres of giant, 7m-high scaffold structures dressed with clever facades and housing incredible experiences.

‘We’d anticipated a phenomenal launch’, commented Meredith Kelly, head of marketing at Volkswagen, ‘but what none of us could have predicted was the expression on the faces of our visitors as they walked over the bridge and saw what was before them. No one had quite anticipated the enormity of the set and what a wonder it would be. It really was very impressive, and the activities spoke directly to our target consumer’.

Behind the scenes, a team of digital specialists designed a gamified microsite for the pre-campaign, whilst the marketers built hype and the production team pushed the boundaries of what was possible. For the facades, a full print factory ran 24-hours a day for 11 days solid, producing 4,000 square meters of print (10% more than the massive Global Citizen event), all of which will be donated to an NGO to be repurposed into items like shopping bags and art pieces.

The event itself was packed with people having the time of their lives! Curated by Goliath and Goliath and Parker’s, the comedy club was a total vibe with the talent feeding off the energy and the laughter from the audience. What a line up! Jason, Donovan and Nicholas Goliath, Nina Hastie, Tats Nkonzo, Ntosh Madlingozi, Robby Collins, Yaaseen Baarnes, Carl Weber, KG Mokgadi, Tracey-Lee Oliver, Gilli Apter, Shanray van Wyk and AK Dans from South Sudan. There were even surprise performances from Schalk Bezuidenhout, Lindy Johnson and Tsitsi Chiumya. 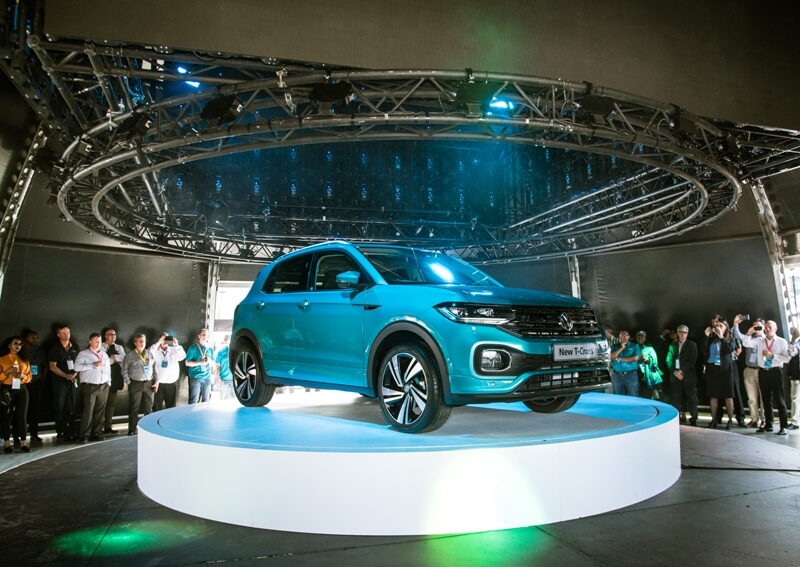 A taste of Maboneng came to T-Cross City too. Home of superb food and drink accompanied by fine live jazz performances, The Marabi Club delivered magical, authentic, experiences and Marabi’s signature canapés from one of the best chefs in the country, Katlego Mlambo.

One of the highlights was of course DJ Kent’s rooftop party with the best views of the city. It was the ultimate party spot to jam to the likes of DJ Speedsta, DJ Milkshake, DJ Fresh, Kid Fonque, Chris Beatz and Luna. As the sun set, the rooftop’s music was pumped into all areas of the city, and had crowds dancing everywhere from the food market to the mock dealership and all the chill out areas.

And what’s a city without sport? Fives Futbol hosted a ‘Winner Stays On’ tournament with Orlando Pirates Fives winning the championship and a road trip weekend away valued at R15 000 in the new Volkswagen T-Cross. Joining in on the fun were Bafana Bafana and SuperSport United midfielder, Dean Furman, and former Bafana Bafana, Kaizer Chiefs and Mamelodi Sundowns goalkeeping legend, Brian Baloyi.

Volkswagen’s T-Cross City was the brainchild of One-eyed Jack and Mushroom Productions and was brought to life digitally by INJOZI. It took 12 days and a collective 3,840 working hours from the production team to complete.

T-Cross City took place at the Montecasino outdoor area on 21 and 22 September 2019.