BIC, a world leader in Stationery, announced today the winners of its Art Master Africa competition, and three of the top 10 Art Masters announced hail from South Africa. This includes Kwa-Zulu Natal’s Astral Msekeli, a 22-year-old Security Guard from Ophongolo, who was named South Africa’s national winner. The competition encourages talent across Africa and the Middle East to showcase their creativity and create a piece of art, using the famous BIC Ball Pen.

The winners included one continent-wide winner as well as 11 winners from countries within the Africa region.

Ugandan artist Gayi Eric was named the 2021 BIC Art Master of Africa. His portrait titled ‘Circle of Life’ was created using four BIC Ball Pens and took a total of 210 hours to complete.

Announced as a second place winner was Kamgaing from Cameroon, who developed the art piece titled ‘In My Room’. In third place was the artist Odaro Franklin Osaivbie from Nigeria with his art piece ‘Entranced’.

National winners across Africa were also announced and include: 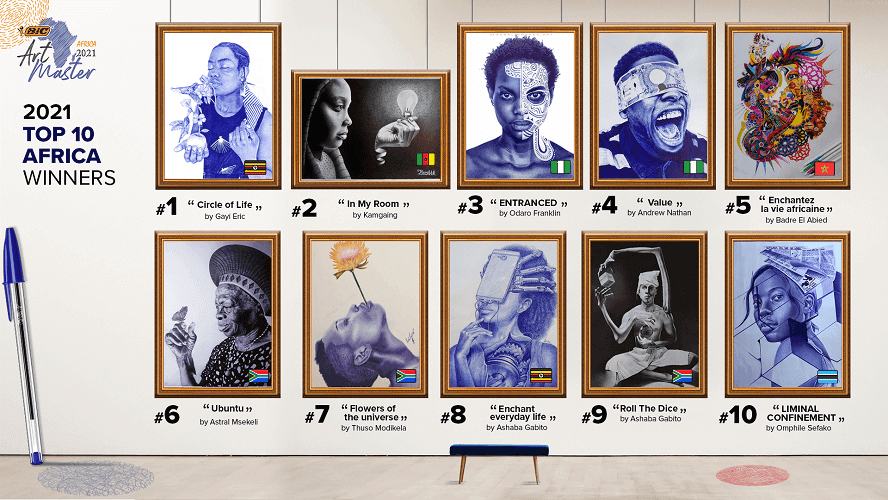 Commenting on his win, the South Africa winner, Astral Msekeli, said: “Creativity is important to me because it allows you to open up your mind to new thoughts on life in general and also brings new ideas. I found out about the competition on Facebook and I knew I had to enter. My artwork “Ubuntu” was inspired by my 91-year-old grandmother who told me to value every aspect of life and to have compassion for every living being as well as nature. My dream is to open an art center to build a space to allow young artists to create and showcase their work”.

The creative artwork was chosen from 6,350 entries submitted by more than 3,700 artists from 52 countries across the Middle East and Africa. Artists were requested to submit their creative work through the campaign’s dedicated microsite BICArtMaster.com. The work was shortlisted by a panel of judges including experts from BIC, renowned artists from the region, winners from previous Art Master Africa competitions, and art experts from Europe.  Among the judges was previous South African BIC Art Master winner, Ennock Mlangeni. 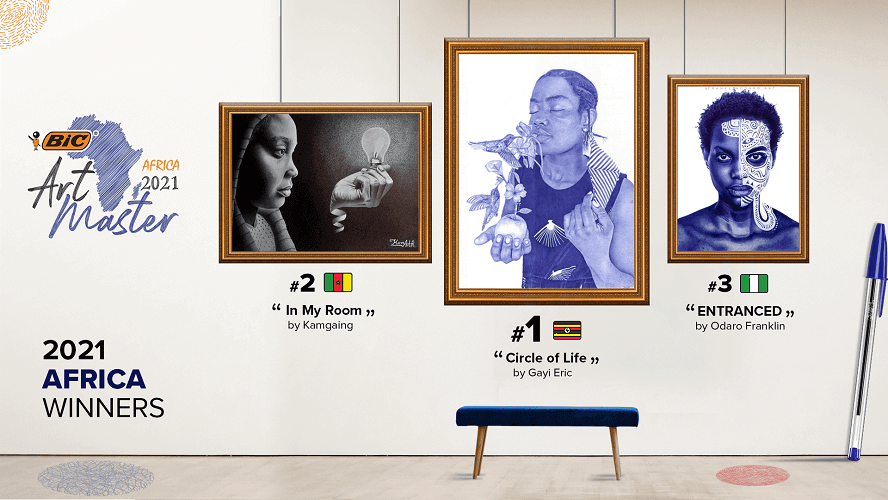 The first place winner received a cash prize of USD 2000, and will have their piece showcased at an online personalized gallery as well as at La Collection BIC – the company’s official contemporary art collection and exhibition. Second and third place winners have received a cash prize of USD 1000 and USD 500 respectively. Winners from across the region have received cash prizes as well as BIC hampers.

Commenting on the occasion, Peter Van den Broeck, Senior Vice President and General Manager, Middle East and Africa said: “We are proud of the impact that the Art Master Africa competition has had on talent in the region to date. BIC has a longstanding history with art, and the inception of the Art Master Africa competition has allowed us to support thousands of talent across the region. With the competition expanding into the Middle East this year, we are confident that we will continue to motivate and shine a bright light on talent across the region creating a future generation of creative and inspiring individuals.” 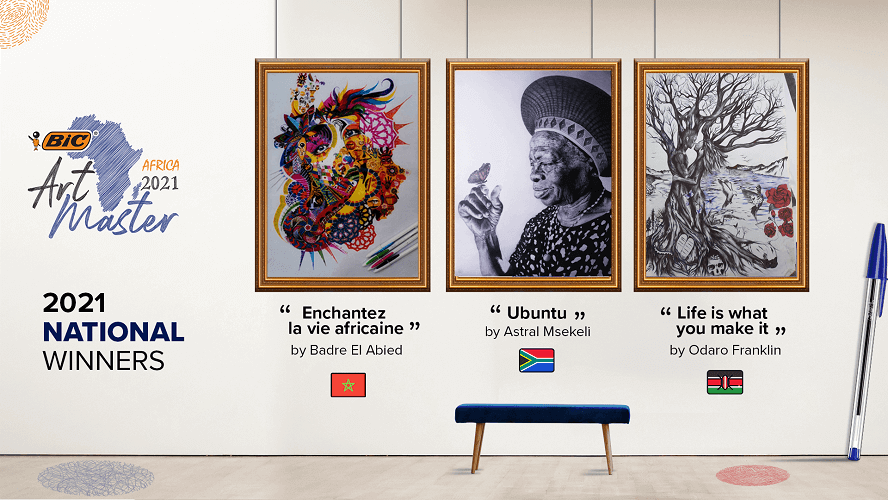 BIC has long been connected to art and regularly celebrates the creativity and originality of talented individuals. In 2018, BIC hosted the first of its kind exhibition with 150 creations of art by 80 international artists. The collection, which started in the late nineties at an exhibition in Italy devoted to the life story of Marcel Bich today consists of more than 250 works by internationally recognized or upcoming artists. BIC has a number of established partnerships with art institutes around the world and has its products displayed in a number of renowned museums around the world.