Just one week after Starbucks arrived in the Western cape and Gauteng for the first time, Starbucks is hitting another milestone in South Africa – opening its first store inside a grocery retail setting. The new Starbucks store will open in the brand-new Checkers FreshX in Rosebank Mall, as part of major expansion drive which will see eight-stores open across four weeks in the province.

Of the new Starbucks stores, five are in Cape Town, one in Stellenbosch, and one each in Johannesburg and Pretoria.

Starbucks FreshX Rosebank is designed to complement the Starbucks Reserve offering, which is located outside the Rosebank Mall. Customers are invited to visit the store to enjoy the Starbucks Holiday menu including a wide selection of handcrafted seasonal beverages. Starbucks coffee is 99% ethically sourced and accredited by Conservation International under the C.A.F.E. Practices programme. 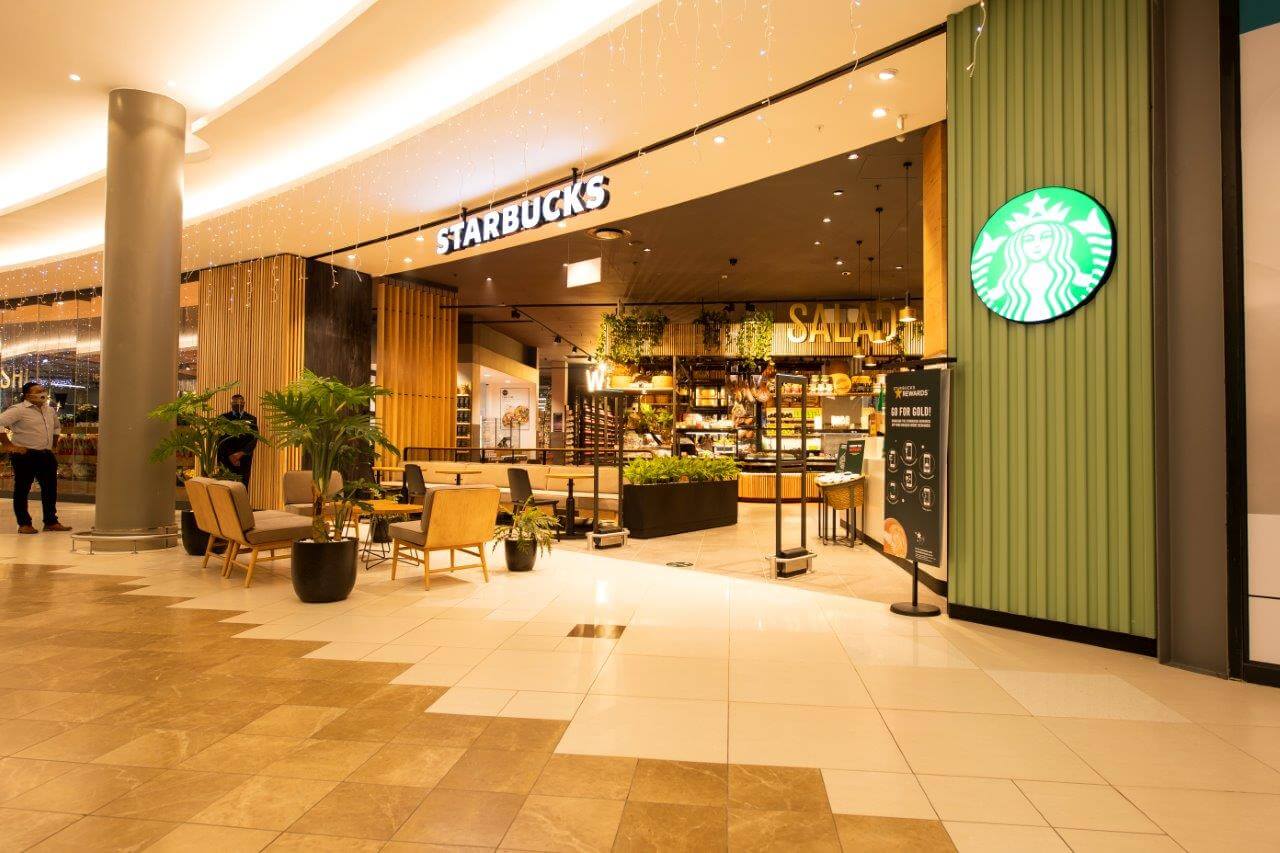 The second Starbucks ‘store within a store’ opens in Checkers FreshX in Stellenbosch on 12 December, and Maizey says that looking ahead, the two brands have entered into a long-term partnership.

Willem Hunlun, COO of Checkers, says this collaboration between the two brands will make Starbucks’ menu more accessible to consumers with the increased retail footprint through the Checkers FreshX supermarket. He adds, “As Checkers continues to grow and expand its fresh offering, the partnership with Starbucks is evidence of our efforts to offer an improved and outstanding shopping experience.”

Maizey, a born and bred South African from Pretoria, who, together with his team has been involved in the design of all the new Starbucks stores, says it’s exciting to introduce a variation in the Starbucks experience with the in-store offering. “We believe Starbucks FreshX Rosebank will be a destination for delicious coffee and a gathering place for local shoppers. Our partners, as our baristas are known, look forward to sharing their appreciation and knowledge of coffee with our customers in an environment where everyone is welcome.”,