Comic book adaptation Sweet Tooth, has been renewed by Netflix for season 2, consisting of 8 1-hour episodes. This comes after the fantasy drama pulled in 60 million viewers in its first four weeks after its June 4 launch, putting it at Number 6 Netflix’s list of most-watched English-language original series.

Jim Mickle will serve as Executive Producer, Writer, Director, and Showrunner for season 2. Mickle said of the renewal, “It’s been equally thrilling and heartwarming to experience how people around the world have been falling in love with our deer-boy. We couldn’t be more excited to continue our collaboration with Netflix and keep following Gus and his friends on their extraordinary journey.”

Oanh Ly (“Chilling Adventures of Sabrina”) will join as a co-executive producer for season 2. Sweet Tooth is produced by Team Downey in association with Warner Bros.

The series is based on the DC comic book series by Jeff Lemire. 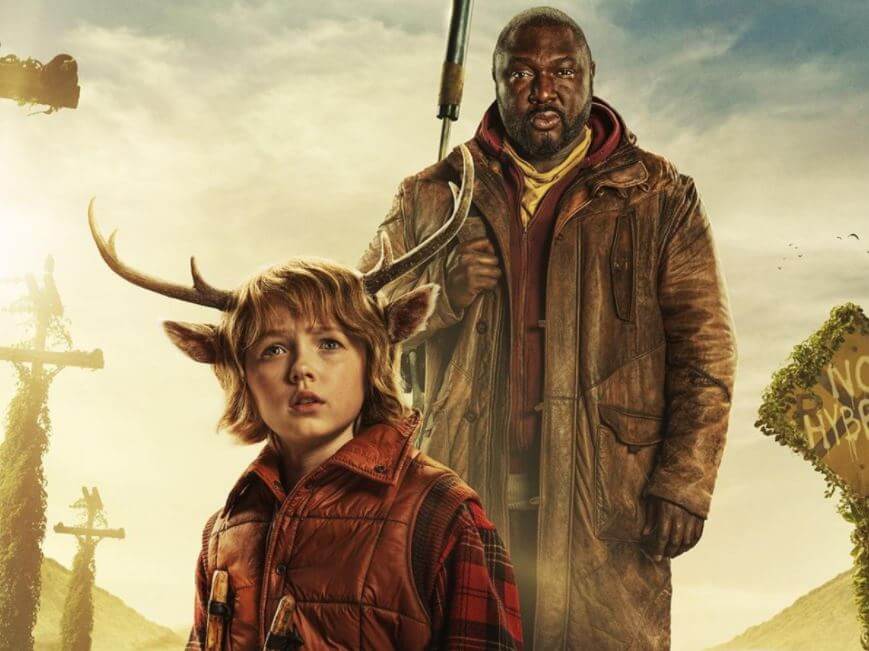 Sweet Tooth stars Christian Convery as Gus, Nonso Anozie as Jepperd, Adeel Akhtar as Dr. Singh, Will Forte as Richard, Stefania LaVie Owen as Bear, Dania Ramirez as Aimee Eden, Aliza Vellani as Rani Singh, and Neil Sandilands as General Abbot; with James Brolin as the voice of the narrator.

Official Synopsis: Ten years ago “The Great Crumble” wreaked havoc on the world and led to the mysterious emergence of hybrids — babies born part human, part animal. Unsure if hybrids are the cause or result of the virus, many humans fear and hunt them. After a decade of living safely in his secluded forest home, a sheltered hybrid deer-boy named Gus (Christian Convery) unexpectedly befriends a wandering loner named Jepperd (Nonso Anozie). Together they set out on an extraordinary adventure across what’s left of America in search of answers— about Gus’ origins, Jepperd’s past, and the true meaning of home. But their story is full of unexpected allies and enemies, and Gus quickly learns the lush, dangerous world outside the forest is more complex than he ever could have imagined. Based on the DC comic book series by Jeff Lemire, SWEET TOOTH is executive produced by Jim Mickle, Susan Downey, Robert Downey, Jr., Amanda Burrell, and Linda Moran.