Dolly, joining Graham remotely from Nashville, and talking about her book Dolly Parton, Songteller: My Life in Lyrics, says, “There’s some heavy subjects and lyrics in there.  It’s something I am real proud of.  I haven’t included all my songs, but chose ones I thought would be interesting to tell the stories of behind the scenes. They are not all hit songs, but they are meaningful to me.”  Jokingly adding, “It’s a nice book if you’re interested in me at all, and if you’re not, it wraps up well for Christmas!”

Talking about two of her most famous songs, she says, “We were going through old demo cassettes a couple of years ago and found one that had Jolene and I Will Always Love You back to back.  So, I had to have written them, if not the same day, then within a couple of days. If I did them at the same time, it must have been a really good writing night for me! I was really surprised by that.”

Asked about Whitney Houston’s version of I Will Always Love You, Dolly says, “They asked me if they could use it and I forgot about it until I was driving home and I heard this voice come on the radio.  It kind of rang a bell, but it didn’t hit because she was kind of talking it, and all of a sudden it went into the ‘I will always love you’ bit and I had to pull over to listen to it.  It was one of the most overwhelming feelings I have ever had to hear it done so well, so beautifully, and so big. She took it and made it so much more that what it would ever have been.  It was such a joy as a songwriter.  I don’t think I will have a bigger thrill, ever.” 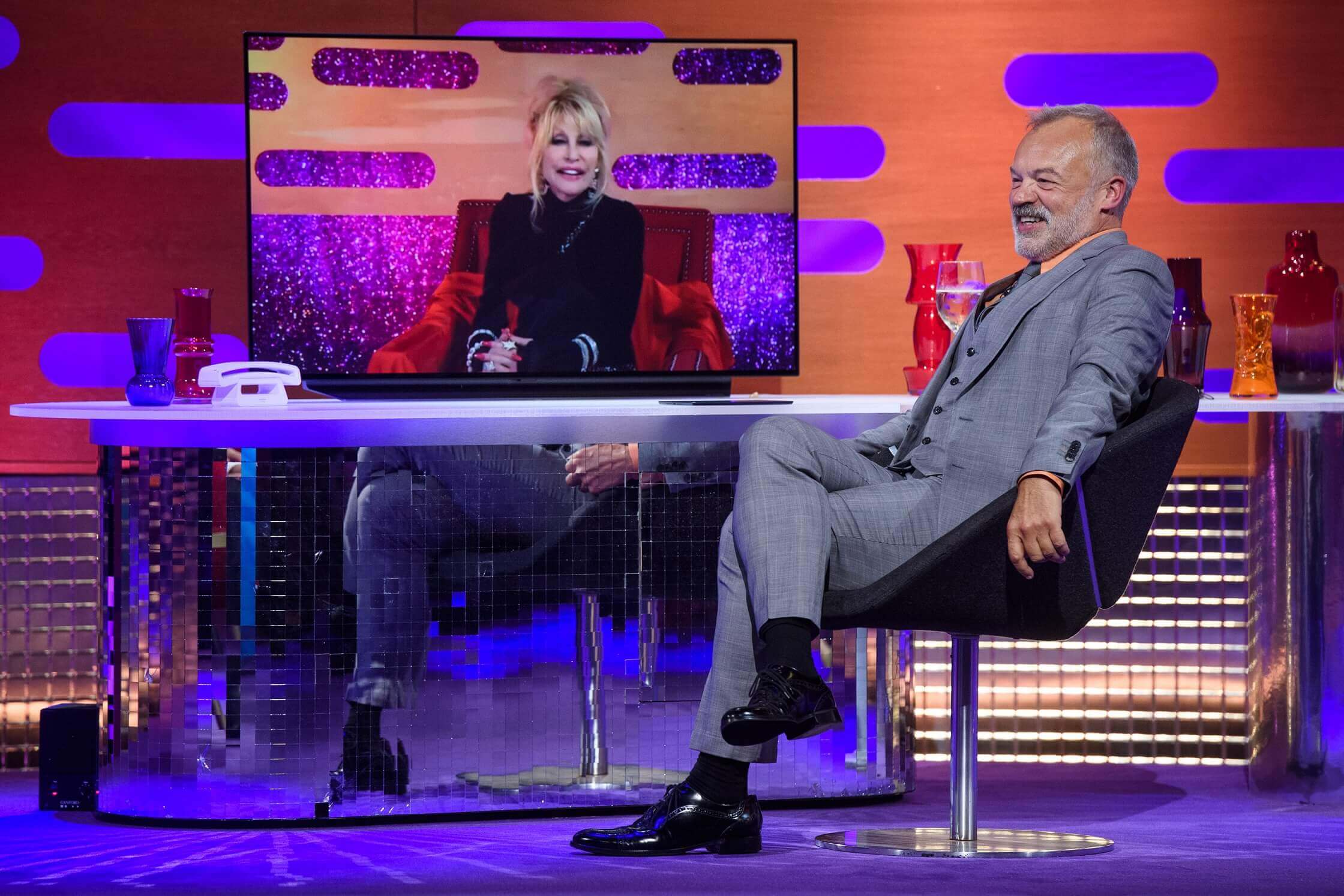 Rupert, talking about his new book To the End of the World Travels with Oscar Wilde, and reminded of how he never gave up on getting the movie of Wilde’s life off the ground, says, “Funnily enough I thought I would be the guy that gave up.  I had no idea I had that kind of tenacity and after I’d done it, I thought, ‘My god, what I could have done if I had known I had it.’ In our business tenacity is more important than talent.  You keep going until something happens.  I don’t know how I kept going, but I did.”

Asked if he would ever write and direct something for himself again, he says, “I think that sort of thing is like pregnancy in a way – you think during it that you will never ever do it again and then as soon as the baby comes you’re off  trying to do another one.  Hopefully I am doing another one next year.”

Riz joins Graham remotely from LA for a chat about his new movie Mogual Mowgli.  Asked if the film is his baby, he says, “A lot of my life is in it.  It is about reassessment of what really matters. Its big theme is that don’t know where you are going unless you look back and try and re-connect.”

Talking about rapping, he says, “It is a big part of who I am.  It’s my therapy and the film is an extension of that.  Music is my career but it is something I need to do.”

Lolly, talking about her first Hollywood role, says, “I was booked for two hours and appeared for about one second in Mission Impossible.  When Tom Cruise broke his ankle slamming into a building I was actually there behind the window because, after a long audition process, I was cast as ‘woman at desk’!”

Asked about BBC comedy series Ghosts, and her role, she says, “I’d describe Kitty as a Georgian sex-obsessed teenager.  I think the idea to begin with was that she was going to be really stupid, but I thought it would be funnier if she was just happy all the time.  It’s really nice being her.”

Sara, talking about being recognised, said, “You can be really successful in comedy but it’s like a little bubble.  Before lockdown my GP once brought his wife in to meet me and nobody else in the waiting room knew why so it just looked like I had something exotic (wrong with me).  And, a man once stopped me on the tube and said, ‘I am so sorry, this is going to sound ever so strange, but you look just like a comedian called Sara Pascoe.  No offence.’  I had to pretend I had never heard of me!”

Roisin performs Murphy’s Law live in the studio before joining Graham for a chat about her new album.

How to Buy Car Insurance Online in South Africa