British historical fiction television series based on Bernard Cornwell’s The Saxon Stories series of novels, The Last Kingdom, is returning to Netflix for season 4. Here is everything you need to know about The Last Kingdom season 4.

The Last Kingdom series has quick become one amongst the foremost well-liked titles within the Netflix library. Since making its debut in 2015 the fan base has multiplied exponentially, with many people comparing it with HBO’s Game of Thrones.

As mentioned above, The Last Kingdom is a Netflix Original series based on The Saxon Stories by author Bernard Cornwell. The first series of eight episodes premiered on 10 October 2015 on BBC America, and on BBC Two in the UK on 22 October 2015.

This historical drama is written by Martha Hillier (Vera, Versailles), Gareth Neame is an executive producer. Vicki Delow, Jessica Pope and Nigel Marchant are also producers of the series. The production studio behind the series Carnival Films and distribution worldwide is handled by NBCUniversal International Distribution.

When is The Last Kingdom season 4 released on Netflix?

On 26 December 2018, Netflix renewed the series for a fourth season. The Last Kingdom’s official Twitter account also announced that the show has been renewed.

Earlier this year, Netflix confirmed to various publications that filming of The Last Kingdom season four had begun. According to reports, season four is likely to be released on Netfix in 2020.

“And we’re back! Did you miss us? Filming has started on season 4 of The Last Kingdom. Stay tuned for updates and sneak peeks behind the scenes with friends and foes, old and new! (sic),” – The Last Kingdom announced on their official Instagram page.

What is The Last Kingdom about?

The series, which is based on Bernard Cornwell’s The Saxon Stories novels, is set in the late 9th century AD, when England is divided into seven separate kingdoms. The Anglo-Saxon lands are gradually attacked, plundered, and effectively ruled by Viking Danes in many areas. The Kingdom of Wessex remains the last major stronghold against the Danes.

The protagonist is Uhtred of Bebbanburg. Several men of that name existed and ruled Bebbanburg (Bamburgh Castle), but little is known of their actual lives.

What will happen in season 4 – and who is in the cast?

According to Radio Times, The Pagan Lord, published in 2013 and the next book to be adapted for the series, jumps ahead a decade. If Netflix sticks to the timeline, it will mean that we will see new actors, Uhtred’s children by Gisela included.

Alexander Dreymon is set to return to season four as Uhtred of Bebbanburg. He believes the timing is right to challenge his uncle Aelfric, played by Joseph Millson.

Carnival Films provided the official synopsis for the fourth season of The Last Kingdom:

“After the death of Alfred, the alliances between the kingdoms are fractured. Uhtred believes the timing is right to challenge his uncle Aelfric, played by Joseph Millson (Casino Royale, Banished), and take back his ancestral home, Bebbanburg. However fate shifts in a different direction, leading Uhtred to realise that his destiny is tied to Alfred’s dream of a united land. This, and Uhtred’s feelings for Aethelflaed, drive him back into the politics that threaten to break out into war.” 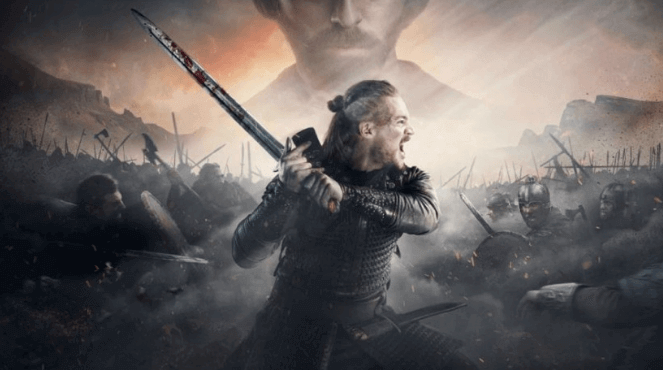 Where can I catch up on The Last Kingdom?