Chances are, you’ve probably heard of Twitch by now (unless you live under a rock). The Amazon-owned site has become the world’s leading livestreaming platform for gamers, with a total of 8,546,985 streamers in November 2020 and an all-time viewers peak of well over six million – according to Twitch Tracker.

Impressive numbers aside, what makes Twitch so appealing?

For starters, Twitch allows gamers and other lifestyle casters to stream their gameplay or activity by sharing their screens for their fans and subscribers to watch live. In turn, the popular platform promotes building communities around shared interests and stream-able content.

More so, users can browse various categories, including specific games they’re interested in, and can follow Twitch broadcasters to receive activity updates and notifications when their favourites go live.

And in a time of COVID-19 and social distancing, Twitch provides some light-hearted gaming content in the comfort and safety of our homes during a difficult time. It’s the ultimate win-win for gamers and gaming fans who typically don’t thrive off social interaction anyway.

According to Alexa, the United States is currently the biggest market for Twitch, accounting for 31.5% of traffic, followed by Germany with 7.6% and the United Kingdom with 6.8%.

But while South Africa doesn’t rank in the top five countries using Twitch, more and more locals are realising that games are not only fun to play, but equally fun to watch. Our streaming community is growing by the day, and with South African gaming streamers who regularly provide top-notch entertainment on their respective channels, it’s easy to see why. 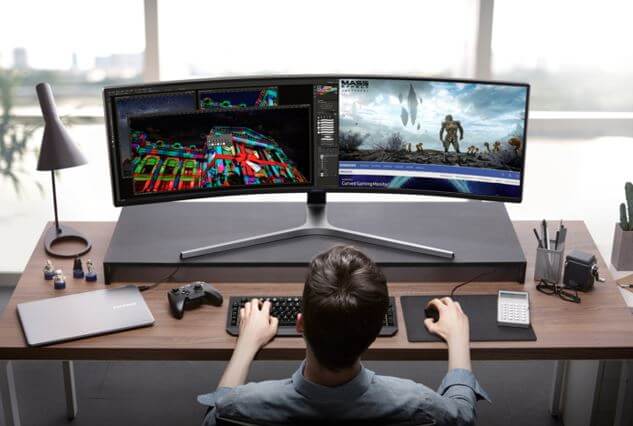 Here are some local streamers to add to your follow library:

A beloved female streamer, JowyBear, has over 45,000 followers and counting. She’s a Twitch Partner and mostly streams first-person shooter games with the occasional chat session with her followers.

Arguably South Africa’s biggest technology YouTuber, UFDisciple brings a technophile take on gameplay. Follow him for entertaining gaming streams with other well-known local streamers, and some tech-focused content too.

A self-proclaimed PlayStation fundi and 90s hip-hop lover, GrantHinds has an impressive following on Twitch for his competitive multiplayer game streams, including Call of Duty: Modern Warfare, Overwatch, and Fortnite. You’ll feel right at home on his community-focused channel.

If you’re looking to take your Twitch streaming experience to the next level, the recently upgraded Acer Predator Helios 700 offers a slide-out keyboard and touchpad, Intel Comet Lake-H processors and NVIDIA GeForce RTX 20 SUPER series GPUs. Plus, with faster RAM and better internet connectivity, you can stream to your heart’s content.

Or, if you’re looking for a beastly monitor, the 32-inch Predator X32 reproduces brilliant visuals with NVIDIA G-SYNC Ultimate, VESA DisplayHDR 1400 certification and 89.5% Rec. 2020 – perfect for gamers who also want to dip their toes in and create their own Twitch videos.

So, if you’re looking for something fun to do these holidays, get Twitching!