Freddie Flintoff, Chris Harris and Paddy McGuinness are back behind the wheel and are getting more competitive than ever in an all-new series of Top Gear, which will air on BBC Brit (DStv channel 120) from Thursday 25 November at 8PM.

There’s motoring mayhem of every flavour, as the team battle a trio of F1 drivers in a Silverstone shoot-out, celebrate legendary rider Eddie Kidd OBE with a motorbike stunt spectacular, and test the newest, fastest supercars on sale.

See what adventures lay ahead in the upcoming Top Gear season below. 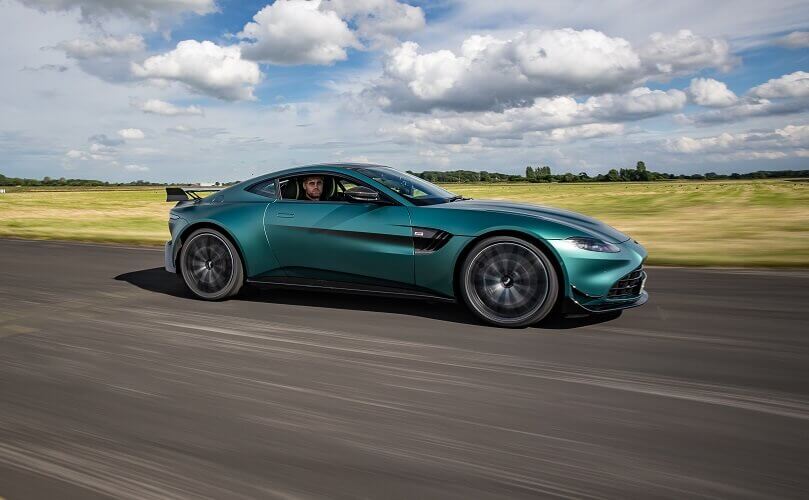 TOP GEAR AT THE BRITISH GRAND PRIX
Track specials. They’re some of the most exciting cars on the planet. Road-going sports cars made faster and sharper, all to make you feel like a hero around a race circuit. Armed with some of the latest, most potent track-special offerings from McLaren, Aston Martin and Alfa Romeo, the presenters headed out to see how they’d fare at the ultimate track day: the British Grand Prix weekend at Silverstone. And against a trio of the fastest drivers on the planet: F1’s Sebastian Vettel, Lando Norris and Antonio Giovinazzi. No pressure, lads.

A TRIBUTE TO EDDIE KIDD OBE
Eddie Kidd OBE was one of the greatest bikers of them all – an impossibly talented, impossibly handsome stunt rider who performed death-defying feats. But a crash in 1996 ended Eddie’s riding career, leaving him with life-changing injuries. Top Gear pays tribute to this British legend in the only way Top Gear knows how: with Paddy McGuinness, wearing leathers, leaping through a ring of fire. Plus some rather more talented bikers leaping over trophy trucks in one of the most spectacular stunt shows you’ll ever see. 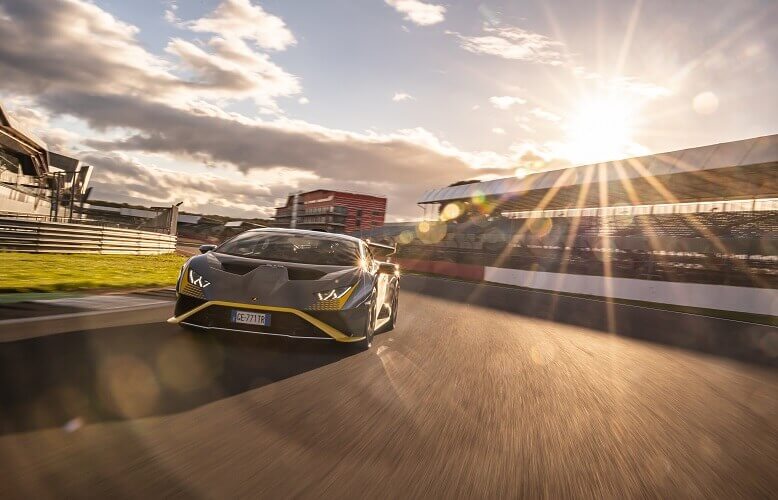 ELECTRIC CARAVANNING
Caravans. Though they’re a very practical holidaying option – especially in these pandemical times – they do suffer an image problem. A bit basic, a bit beige, a bit… boring. What better way, then, to spruce up caravanning’s image, than with a sports caravan road trip? The presenters each chose their favourite small, perfectly formed ‘micro-caravan’ to team with a state-of-the-art electric car, and set off for a peaceful getaway in the beautiful wilds of Northumberland. A peaceful getaway that somehow ended up including a Zorb-ball hillclimb… and a chilli-eating ‘hot lap’ challenge. Obviously. 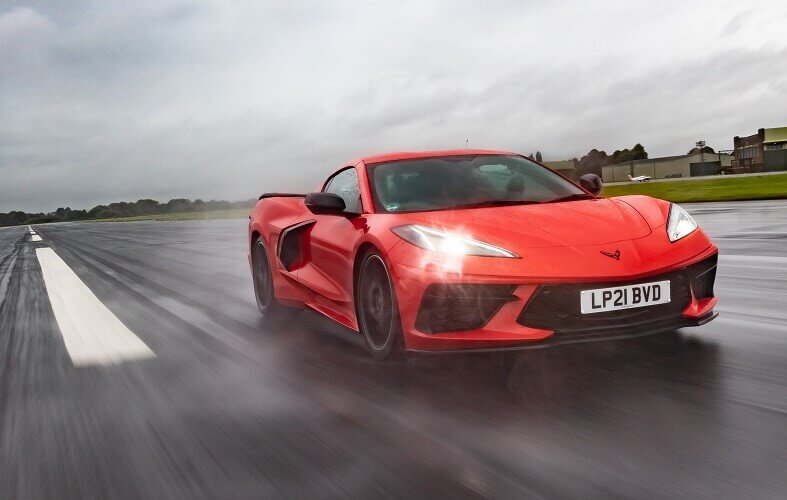 A VERY BRITISH EXPEDITION
With the world finally, slowly emerging from collective house arrest, it felt time for a big international Top Gear expedition. And there was only one place for it: Iceland. Partly because of Iceland’s extraordinary, rugged landscape. But also because it was basically the only place we could go without having to quarantine for a month on arrival. So, with destination set, the presenters each picked a second-hand, broadly unsuitable British car, and struck out to conquer Iceland’s wild interior. Oh, and take part in a few traditional Icelandic activities – sand drag racing, car parasailing and strongman contests – and at least one definitely-not-traditional Icelandic activity: racing against the Stig and a monstrous off-road truck to the rim of a volcano.

FRED’S LITTLE RED CORVETTE
American sports cars. Great fun on Route 66, but truth is they don’t make a whole lot of sense in the UK. Too big, too unrefined, steering wheel always inexplicably on the wrong side. But now there’s a new Chevrolet Corvette, with lots of clever new technology and, crucially, its steering wheel in the correct place. Is it, at last, an American sports car that makes sense in the UK? Top Gear’s aficionado of Americana, Freddie Flintoff Jnr III, takes to the track to find out… 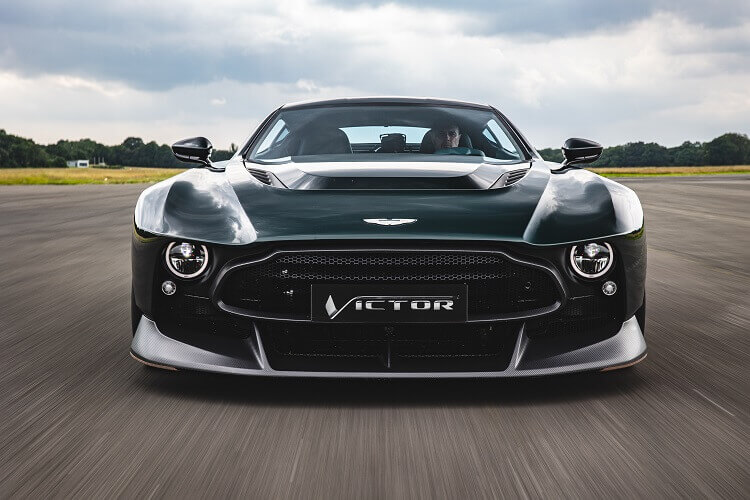 ASTON MARTIN VICTOR
There are supercars, and then there are supercars. Even in the rarefied world of very expensive, very impractical exotics, the Aston Martin Victor is something special: a one-off, 800-horsepower, £4,000,000 lump of seething menace that pays tribute to Aston’s maddest offerings of the Eighties. Clearly there was only one man to tame this beast. But Stig was busy, so Paddy manfully stepped into the breach.

FREDDIE FLINTOFF, LEARNER DRIVER
Freddie Flintoff: he’s been a cricketer, a boxer, he’s even tackled musical theatre. But now it’s time for Fred to face his most terrifying challenge yet: to become a true racing driver. Can Fred get up to speed, and get his race licence, in time to team up with Chris Harris for a top-tier endurance race?

HAPPY BIRTHDAY DELOREAN
The DMC DeLorean turns 40 this year. One of the most recognisable cars in history, the stainless steel, gull-winged icon immortalised in Back To The Future also boasts of the strangest life stories of any car: a story even Hollywood might have dismissed as too far-fetched. Chris delves into a wild world of FBI stings, supermodels, drug deals and time travel… 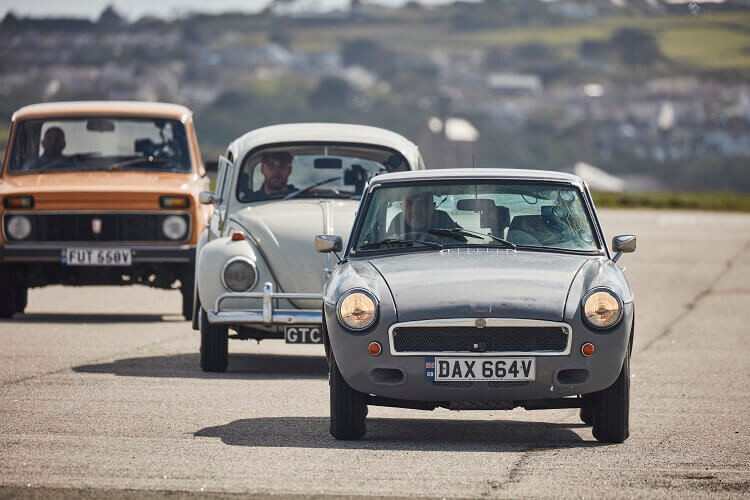 OLD CARS FOR NEW DRIVERS
You’ve just passed your driving test. Congratulations. Now you need to spend a small fortune buying, and insuring, a very boring city car. A Vauxhall Corsa, something like that. Worthy, but dull. But what if there’s another, more exciting, way? Freddie, Chris and Paddy set out to buy interesting, cheap cars for new drivers, before putting them to the test on a road trip to the glorious Cornish coast. A trip involving quarry-racing, paint-bombs, and playing ‘driving instructor’ to a trio of newly-qualified 17-year-olds around a hair-raising obstacle race…

THE ORIGINAL SUPERCAR
Every modern supercar – McLaren, Ferrari, Pagani, Koenigsegg, you name it – owes its existence to one trailblazing machine. The 1966 Lamborghini Miura. Chris Harris charts the incredible history of the original, jaw-dropping supercar: a car born, naturally, of a feud between two angry Italian businessmen.