The first lifestyle network developed for the youth by the youth, TRACE Mobile, continues to make meaningful contributions to the lives of South Africa’s youth through their TRACE Troops employment initiative.

TRACE Troops is TRACE Mobile’s youth employment initiative where they give full time employment to youth by training them in sales, marketing and events in order to best represent and sell the brand onto their peers. TRACE Mobile breaks down the 12 troops into two separate groups, Lifestyle Dealers and Activation and Events Coordinators.

Lifestyle Dealers are responsible for increasing the TRACE Mobile distribution footprint by identifying key independent lifestyle retailers in target areas to partner with TRACE Mobile in the distribution of SIM Cards. Whilst Activation and Events Coordinators, play a supportive role of assisting in events and activations. This includes promoting of the TRACE App and Lifestyle Rewards.

“The TRACE Troops are testament to the mission of TRACE Mobile to empower and connect the youth to what matters to them the most. 12 young people became TRACE Troops in June 2019 and having worked with them directly, I’ve seen them grow in leaps and bounds,” said Ian Postman Head of Sales & Distribution at TRACE Mobile.

“Initially they came in to increase our distribution footprint amongst lifestyle retailers but outside of this, they’ve added tremendous value to the business in various ways. The future of South Africa’s youth is bright and TRACE Mobile aims to continue to be part of the solution.”

Of the 12 TRACE Troops in the programme, four Lifestyle Dealer troops, Teboho Tsotetsi, Reabetswe Shongwe, Setshaba Phalane and Sheunopa Bell, were given the opportunity to star in TRACE Mobile’s latest advertisement. 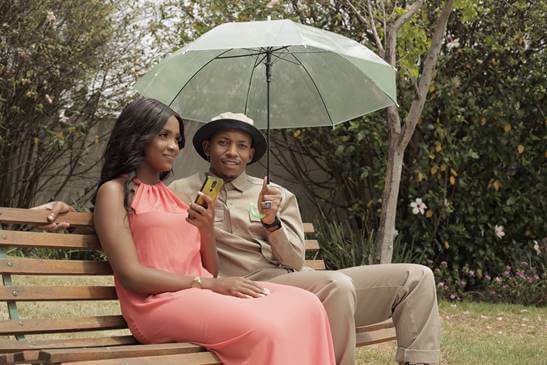 The inclusion of the four in TRACE Mobile’s advert was an opportunity to give these troops additional experience within marketing and advertising but also a first-and look at what it takes to get into film, television and entertainment.

Pretoria resident, Setshaba Phalane, has a fascination with music, having recently completed his Music Business Masterclass at The Academy of Sound Engineering has ambitions of one day getting into the music industry as a producer and a label executive.

He thoroughly enjoyed his experience starring in the advertisement stating: “I’m a natural when it comes to being in front of a camera and I enjoyed learning what goes behind shooting a TVC; it gave me a great perspective on what I have to do and improve on in order to become a heavyweight content creator and strategist in the near future.”

Reabetswe Shongwe is another troop who, like Setshaba, has a passion for the media industry, having completed and majored in advertising. “I had an amazing experience being on set and learned so much from the producer as well as the process behind the creation of a commercial.”

She adds: “My goal is to take the knowledge I’ve gained as a TRACE Troop and apply it in my career field of media studies. I would like to be more involved in advertising, within TRACE Mobile and TRACE TV, as I have completed my studies and majored in it.”

Teboho Totetsi, the main star of the advert, loved being the lead character. Like Setshaba and Reabetswe he also has a fascination with the media industry and aims to take on a bigger role at TRACE Mobile. “My goal is to grow TRACE Mobile and to play my part, I’m working towards handling the social media aspect of it all and create a brand on social media that will blow away all TRACE Mobile subscribers.”

Northriding’s Sheunopa Bell, also a student has ambitions of becoming a qualified Chartered Accountant and Entrepreneur. His key take outs from being in front of the camera were “It taught me how great social skills, self-confidence, self-belief and versatility, all skills that I will need when going into entrepreneurship.”

Watch the TRACE Troops in action below:

Whilst the TRACE Troops initiative is a temporary reprieve for youth, of the twelve troops a select number will get the opportunity to get permanent employment within TRACE Mobile and TRACE TV. Similarly, the brand intends on rolling out similar initiatives around the country in the KwaZulu-Natal and Western Cape regions in 2020, keep up with developments by following them on social media.

For more information on the TRACE Mobile or how to become a TRACE Troop visit www.tracemobile.co.za.