As the teams from the Telkom Netball League return to the courts, Twizza has come out in full support of SA’s return to sport and are an official drinks sponsor for the teams.

“With all the COVID protocols in place, it’s certainly going to be a whole different ball game,’ explains Twizza’s Lance Coertzen, the Group Marketing Manager, “pre-COVID, the tournament would have been played across three provinces over six weeks. Now the 12 teams have entered a bio-bubble in Bloemfontein and will only be allowed to leave at the end of the tournament.

“As an award-winning, proudly South African beverage company, we also know a lot about being determined, fair, straightforward and inclusive. Twizza is proud to be supporting women in sport by ensuring the players are kept well-hydrated and at the top of their game, especially with the addition of two new teams to the league, the Tornadoes from the Western Cape and the Kingdom Queens from KZN.

“Sport is great unifier in our nation, as we saw last year during the Rugby World Cup; it brings South Africans together unlike any other event. However, sport plays another significant role in that it lays a good ground for personal development in terms of team work, self-worth, dedication and the ability to see that hard work pays off,” adds Coertzen. 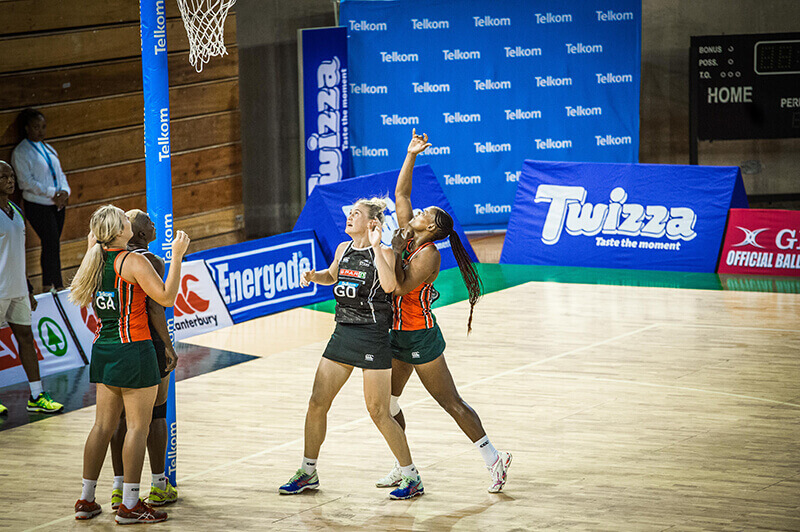 “Netball is a fast-paced game where players have to keep their wits about them. Proper hydration and nutrition are the foundation for good physical achievement, and we intend to be right on hand to help the teams return to pique condition,” concludes Coertzen.

While in the bio-bubble, the teams will train as of the 8th of October with the first games taking place on the 14th of October. At the Seeisa Ramabodu Indoor Centre, Dr Petrus Molemela Stadium. Unfortunately, spectators will not be allowed to attend the matches to watch, however they can catch the live games on SuperSport Variety 4 – Channel 209.

Twizza is proud to be local and the country’s first official proudly South African carbonated soft drink, with one of the most sophisticated production lines in the country. We have a distribution network spanning across South Africa, Lesotho, Swaziland, Namibia, Botswana and Mozambique, and three unique brands, Twizza, Twizza Energy drinks and Clark & Sons premium mixers catering to all the needs of the market. Founded in 2003 by Ken Clark in Queenstown, Twizza is the result of a passionate team taking a strong, scalable product to the market.