Highly acclaimed South African filmmaker Weaam Williams, has been hailed for winning the fourth international award for District Six Rising from the Dust, this time winning the prize for Best Documentary at the Wales International Film Festival. The film is produced and distributed by Tribal Alchemy Productions, directed by Weaam Williams and cinematographer Nafia Kocks.

District Six Rising from the Dust is a feature documentary of 62 minutes which unpacks the art, history and social landscape of Cape Town’s most remembered district. It takes a personal look at dispossession and restitution, and the legacy of intergenerational loss within the context of South Africa’s current restitution process.

Currently, the film is a part of the Library Collections at Edinburgh University, Duke University and University of Toronto.

“This film is an ancestral legacy story which details the history of my family and the loss of their land, and the tens of thousands of others who lost their land in District Sis. It is one which gives voice to unspoken traumas, and is necessary for collective healing, and progress.”

Weaam Williams has found her voice as a woman and activist using cinema. She, is a multi-disciplinary artist who works with poetry, music and film. Her most recently completed film Two Hues is a short narrative film which looks at the ambiguous identity of Muslim women living in a western context, and the duality of patriarchy. 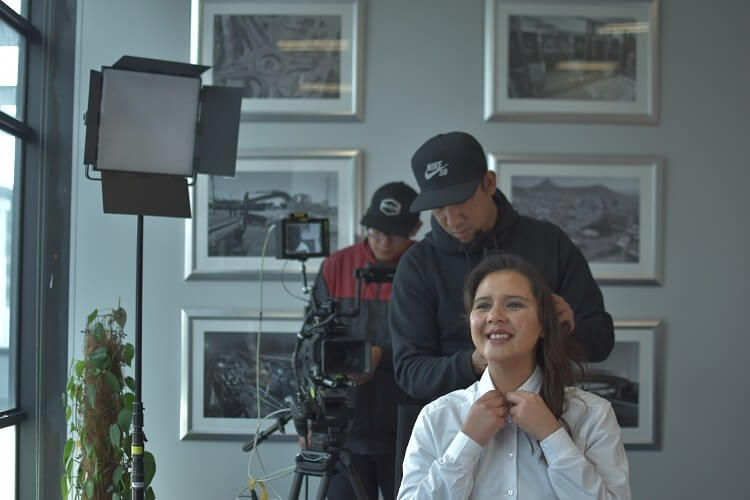 Two Hues is currently being developed into a feature film and Weaam has just completed the feature length screenplay for Two Hues.

2022 is set to be another notable year for Weaam as she gears to partner with more creatives. Next up is another documentary called The Rise which was selected to showcase a work in progress, at Cannes Docs (2019).

Weaam is also co- writing a screenplay, with prolific author Tsitsi Dangaremba, which she will direct and Ms Danagremba as the producer.