Here’s what’s Coming to Netflix South Africa in July 2021! This month (July) on Netflix in South Africa, we have some hot new films and series to keep you company during the July month.

A high school jock makes a bet that he can turn an unattractive girl into the school’s prom queen. 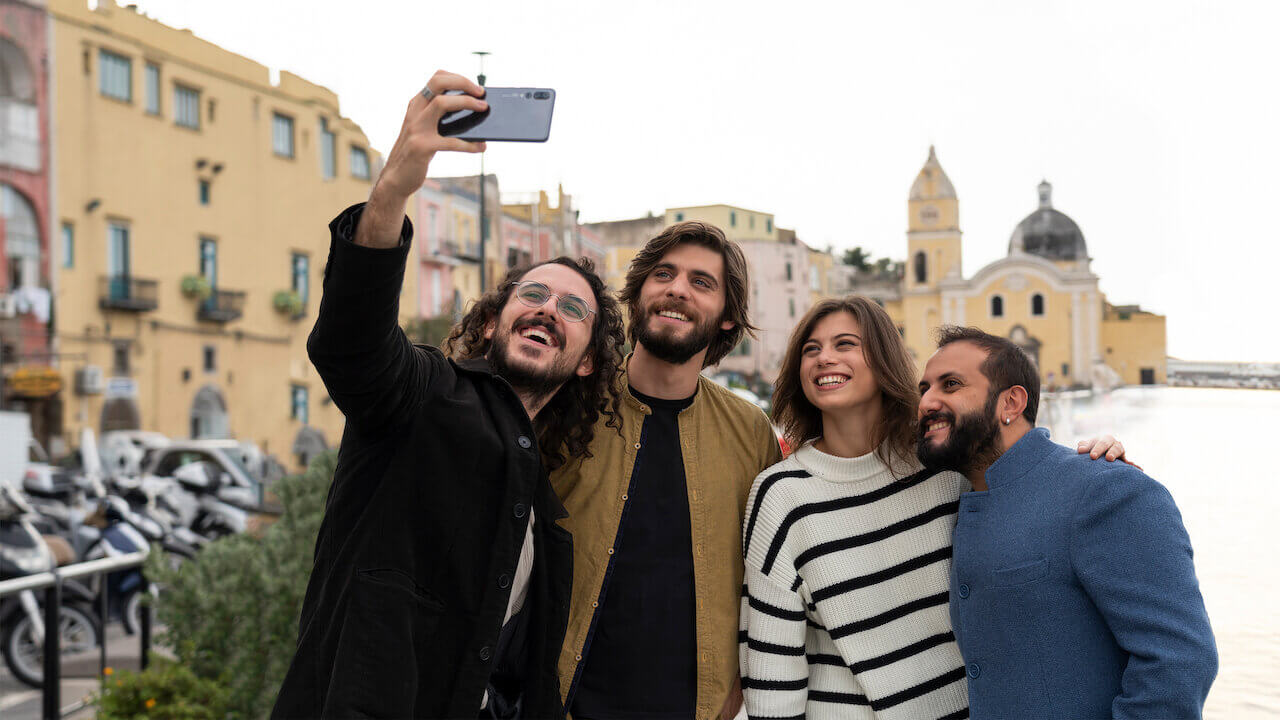 Having formed a bond during the 56K modem era, Matilda and Daniel meet again by chance two decades later. Can their friendship turn into something else?

Warlords, warriors and statesmen wage a battle for supremacy in this fantasy tale based on the hit video games and the “Romance of the Three Kingdoms.”

After Char’s rebellion, Hathaway Noa leads an insurgency against Earth Federation, but meeting an enemy officer and a mysterious woman alters his fate.

Amaree Mckenstry-Hall and his teammates at Maryland School for the Deaf pursue success in football while coping with personal struggles and tragedy.

When Obé returns — in a startling new form — and begins to raise an army of followers at the school, Sofiane, Victor and Luisa race to stop a disaster.

A no-nonsense logger and his loyal crew battle brutal elements and finicky machines to chop and transport valuable lumber on Vancouver Island. 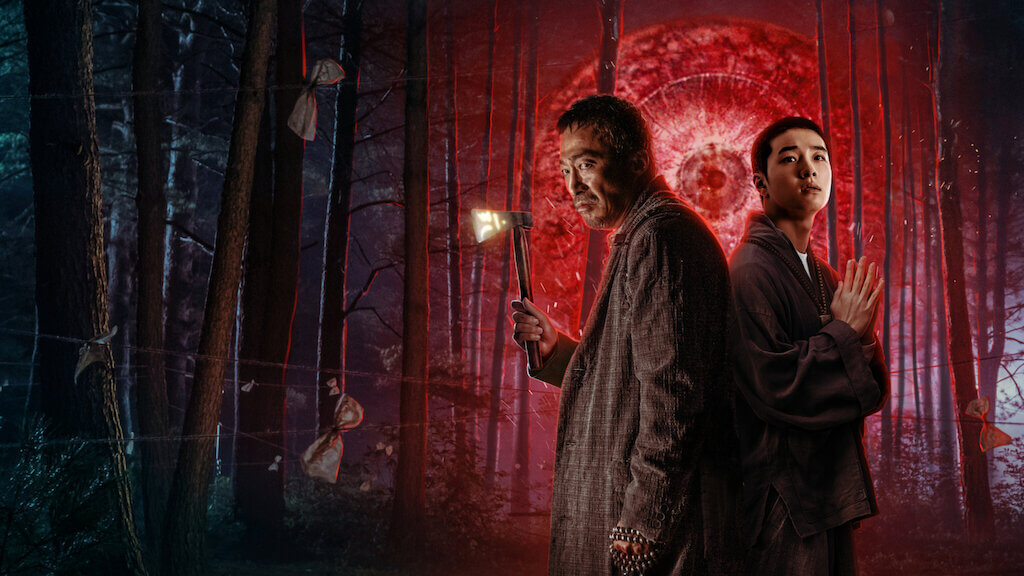 With prayer beads in one hand and an ax in the other, a monk hunts down a millennia-old spirit that’s possessing humans and unleashing hell on Earth.

After a series of brutal slayings, a teen and her friends take on an evil force that’s plagued their notorious town for centuries. Welcome to Shadyside.

Under investigation as a suspect in her husband’s murder, a wife reveals details of their thorny marriage that seem to only further blur the truth.

We The People – Netflix Kids & Family

Learn the basics of rights and citizenship with upbeat songs by popular artists like Janelle Monáe, H.E.R., Adam Lambert, Brandi Carlile and more.

You Are My Spring – Netflix Original Series

A hotel concierge and a psychiatrist with traumatic childhoods form a heartfelt bond when they become entangled in a perplexing local murder case.

I Think You Should Leave with Tim Robinson: Season 2 – Netflix Original Comedy Special

A second season of the six-episode sketch series from Tim Robinson.

After winning a house in a raffle, the humble but loving López family moves to a posh neighborhood, where the snobby Espinozas give them a cold welcome.

When a masked vigilante’s killing spree throws a city into chaos, a renegade detective and his rookie partner are the only ones who can stop it.

Years after the horrors of Raccoon City, Leon and Claire find themselves consumed by a dark conspiracy when a viral attack ravages the White House. 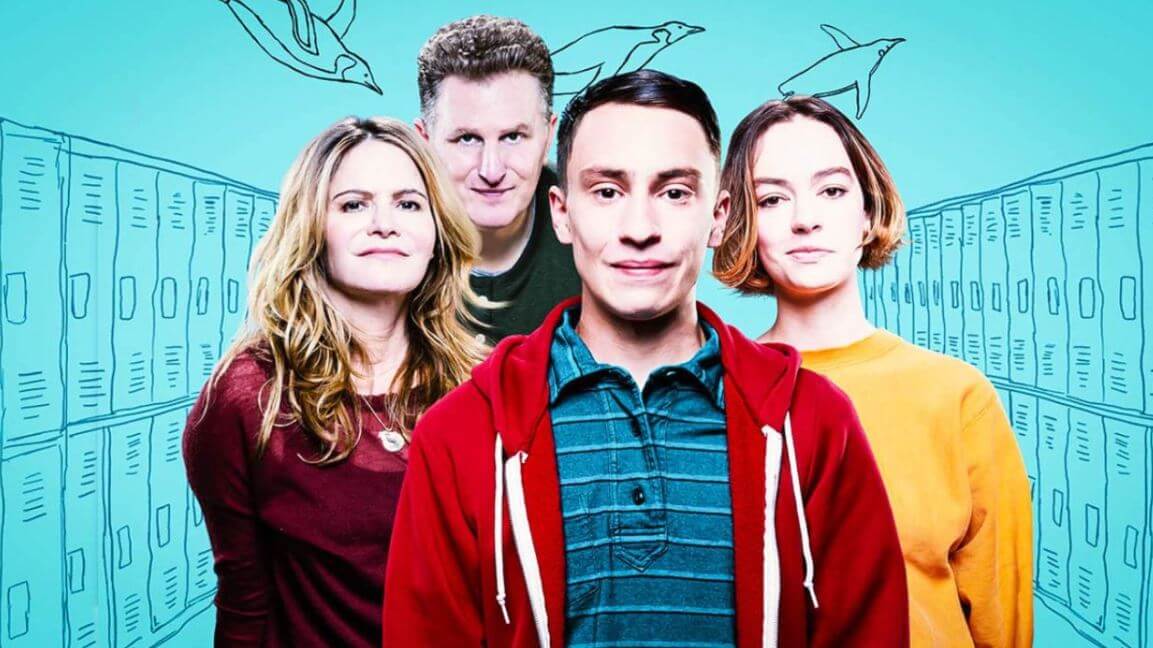 With Casey and Sam both on the cusp of leaving the nest, each member of the Gardner family faces big decisions about where life will go next.

Mel and her loved ones in Virgin River support each other while facing all sorts of troubles: death, a fire, custody arguments, breakups and more.

In 1720 Madrid, a talented cook catches the eye of a widowed duke just as he returns to aristocratic society. Based on the novel by Fernando J. Múñez.

Missing time and disturbing visions haunt Mia as she races to piece together the sudden changes in her life — and why she can’t remember any of them.

The flood of the century unearths another body in Gronty forest and with it comes corruption, scams from the ’90s and long-hidden secrets from WWII.

In the cursed town of Shadyside, a killer’s murder spree terrorizes Camp Nightwing and turns a summer of fun into a gruesome fight for survival.

During summer vacation in a beachside town, 16-year-old Deniz seeks the affection of his childhood crush and navigates a love triangle

How I Became a Superhero – Netflix Original Film

In a world where humans and superheroes coexist, a lone wolf cop teams up with a bright detective to dismantle a dark plot to extract superpowers.

Lee Su-geun’s rise to Korean comedy stardom went hand in hand with his mastery over picking up social cues. Now, he’s ready to share his know-hows.

Curious kid Ridley and her friends protect the Museum of Natural History’s treasures and keep its magical secret safe: Everything comes alive at night!

The Guide to the Perfect Family – Netflix Original Film

A couple in Québec deals with the pitfalls, pressure and high expectations of raising kids in a society obsessed with success and social media image.

Follow Julia Haart, Elite World Group CEO and a former member of an ultra-Orthodox Jewish community, and her adult kids in this reality series.

Travelers on a bus are ritualistically murdered one by one in a deliberately meta-horror story, complete with all the expected tension and gore.

A deep dive into the work of renowned Mexican journalist Manuel Buendía looks to unravel his murder and the ties between politics and drug trafficking.

Millions in stolen cash. Missing luxury bourbon. Watch ordinary people almost get away with these extraordinary heists in this true crime series.

Never Have I Ever: Season 2 – Netflix Original Series

A new love life, a new classmate and new reasons to bicker with mom give Devi plenty more ways to make courageous moves… and questionable decisions.

When fashion blogger Saski walks into a Bali store looking for the perfect shoes for a big event, she inadvertently alters her destiny.

Two unusually close friends share every aspect of their lives together but as their own worlds change and evolve, their bond remains the only constant.

Brazilian rapper Emicida brings his progressive rhymes and eclectic beats to São Paulo’s Theatro Municipal as he performs hits from the album “AmarElo.

Accepting his predatory instincts, Legoshi vows to become stronger for Hal’s sake. Meanwhile, the herbivore killer is still on the loose.

Dark secrets. Unspeakable evil. The merciless world of 1666 holds the truth behind a powerful curse — and the key to one town’s future.

“Four insomniac med school students are lured into a neuroscience experiment that spirals out of control — and must find a way out before it’s too late.”

How much trouble could one imaginative boy, his faithful dog and two science-loving sisters possibly get into? Hmm, that sounds like a challenge!

Desperate to save his ailing mother, 11-year-old Gunner runs away from home on a quest to find a mythic figure rumored to have the power to cheat death.

From monarchies to mea culpas, pooches to plastic surgery, explore a wide range of fascinating topics in this celebrity-narrated docuseries.

A career-driven 30-something must contend with a cutthroat workplace, a love triangle and her nagging mom.

Ten sizzling hot Brazilians meet at a dreamy beach resort. But for a shot at R$500,000, they’ll have to give up sex in this fun reality show.

After reuniting with a lost love, firefighter Alexey retires to begin a new life — but the Chernobyl disaster suddenly plunges him back into danger. 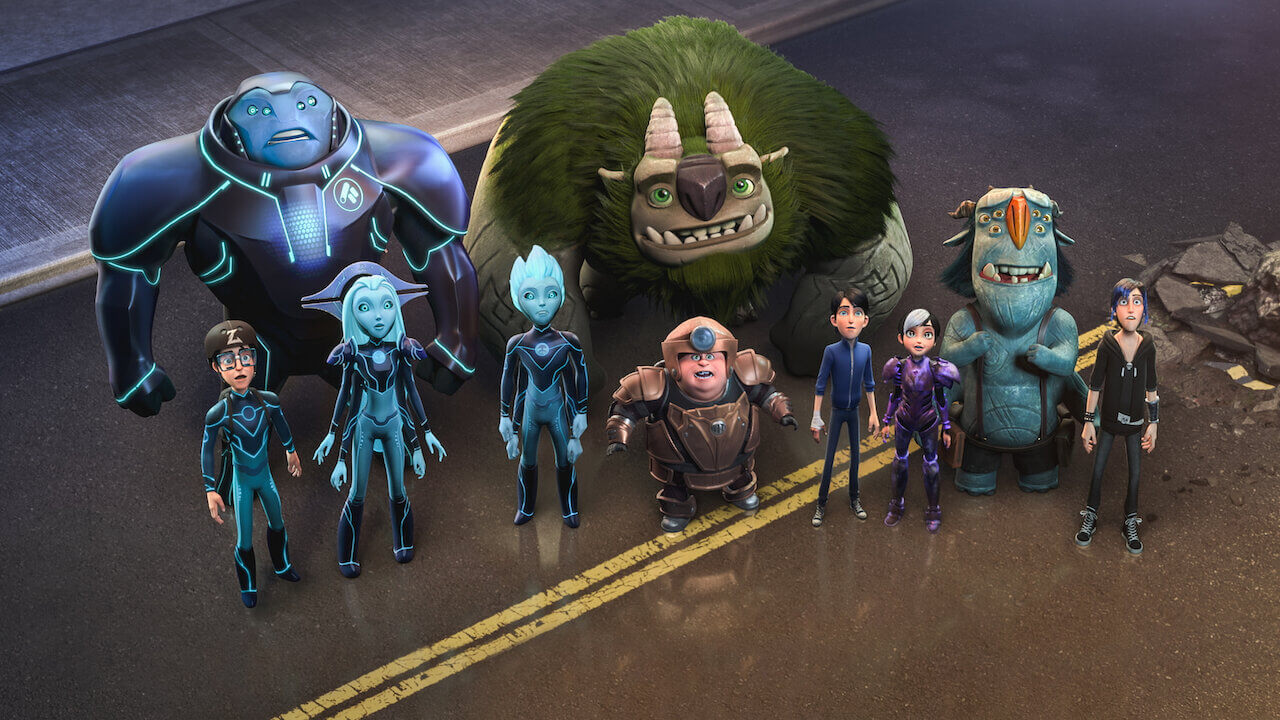 Heroes from “Trollhunters,” “3Below” and “Wizards” join forces to fight a shadowy enemy threatening to take over their worlds — and reset Earth itself.

After meeting one bright, sunny day, a shy boy who expresses himself through haiku and a bubbly but self-conscious girl share a brief, magical summer.

Adrenaline and action are back in the driver’s seat in the second season of “Sky Rojo,” from the creators of “Money Heist.”

Two directionless millennial bros get high and pitch a bold new social justice app that raises millions. Then they have to come up with the app.

Tragedy, betrayal and a mysterious discovery fuel a woman’s vengeance for the loss of her tribe and family in this special episode of “Kingdom.”

Flying with her young son, a mysteriously ill woman is forced to unleash a dark secret when terrorists attempt to hijack their transatlantic flight.

The Last Letter From Your Lover – Netflix Original Film

After finding a trove of love letters from the 1960s, a journalist sets out to solve the mystery of a secret affair. Based on the novel by Jojo Moyes.

The Movies That Made Us: Season 2 – Netflix Original Documentaries

Get the real story behind the blockbusters that defined a generation. Actors, directors and industry insiders lead the way on entertaining deep dives.

In this sequel, after a grown-up Maddy gets injured and can’t qualify for the Olympics, she starts coaching a team of elite junior gymnasts as they go up against rival team

The war for Eternia begins again in what may be the final battle between He-Man and Skeletor. A new animated series from writer-director Kevin Smith.

In the show’s final season, a recently paroled Piper tries to get back on her feet while life in Litchfield, as corrupt as ever, goes on without her.

When Lenny’s health takes a turn for the worse, the guys put their differences aside to raise money for his treatment. But new threats loom.

The adventure continues for a team of trains and their kid friends who overcome trouble on the tracks with quick thinking and teamwork!

In Cali during the ’70s and ’80s, two brothers juggle family, romance and the joint pursuit of a burning ambition: to rule Colombia’s drug industry.

After his brother dies in a car crash, a young MMA fighter takes over the family nightclub and soon learns that his sibling’s death wasn’t an accident.

To escape recent heartbreak, an aspiring singer takes a gig at a tropical resort that seems like paradise… until two unexpected guests arrive.

The final entry in the Cybertron trilogy, featuring a pivotal turn for the Beast Wars characters.

In this competition show, aspiring makeup artists navigate colorful challenges to win a career-making opportunity in the beauty industry.

Combining interviews and unseen footage shot by D.A Pennebaker (“Bob Dylan: Don’t Look Back”), this doc explores the rise and fall of an automotive icon.

Season 2 tests the crew like never before as the hit series returns for another round of summer adventures.

Twenty-five years after he made a deal with the French Secret Service to protect his son, an agent is forced out of hiding.

On a quest to reunite with her trusty rider, a fearless war horse journeys through a whimsical world filled with magic, adventure and singing centaurs.

Short films follow young adults as they navigate the gamut of emotions that come with finding romantic connection in unexpected places.

That’s everything coming to Netflix South Africa in July 2021.