Here’s what’s Coming to Netflix South Africa in May 2022! Quick Read Magazine is super excited to be sharing May’s content as Netflix continues to bring you a star studded line-up which will have you glued to your screens.

About Netflix South Africa May 2022 Releases

Winter is slowly creeping in and we’re so excited to bring you titles that will keep you snuggled in, as we approach the cold (and sometimes rainy) days.

Get drawn into a world of beauty, secrets and revenge in Savage Beauty – Netflix’s upcoming series featuring breakout star Rosemary Zimu, alongside some of SA’s  accomplished actors including Nthati Moshesh and Dumisani Mbebe. The series follows a story of a young woman who infiltrates the wealthy family whose harmful skin lightening cream tests destroyed her face, and killed her brother and friends. She becomes the invisible force that triggers their destruction, but will her humanity also be destroyed in the process?

Have you been stuck in the upside down for the last couple of years? We finally return to Hawkins to uncover a new and terrifying supernatural threat with Stranger Things 4: Volume 1. Filled with traumatic memories and presenting new gruesome mysteries; who knows what we may discover this time around?

Last but not least, Los Angeles’s beloved uber-rich Asians are back with even more luxury, glamour and craziness in Bling Empire: Season 2. We also bring you the final season of Superstore: Season 6 as well as weekly episodes of The Circle: Season 4.

The sixth and final season of the American sitcom Superstore, the series continues to follow a group of employees working at Cloud 9, a fictional big-box store in St. Louis, Missouri.

David, a drug dealer, is forced by his boss to smuggle drugs from Mexico. He hires a stripper, a petty thief and a teenage neighbour and forms a fake family to help him smuggle the drugs.

The government assumes the Jaegers, robotic war machines battling the Kaijus, to be ineffective. However, Stacker Pentecost’s team believes that only the Jaegers can save the world from destruction.

Captain Barnacles, Kwazii and crew discover new environments and protect more critter friends as they hop around the globe on exciting missions.

Follow free diver Johanna Nordblad in this documentary as she attempts to break the world record for distance traveled under ice with one breath.

Another summer, another string of love triangles as the group navigates their passions and tests the boundaries of friendship.

In this final season, Miguel seeks redemption behind bars, Diosito struggles in the outside world, and a cult threatens to become Puente Viejo’s demise.

Insiders recount the events, controversies and lingering effects of the accident at the Three Mile Island nuclear power plant in Pennsylvania.

After learning a bitter truth, a chef joins his best friend and restaurant partner in a culinary competition in Cancún to reignite his zest for life.

After influencing global events for centuries, a secret society faces a dangerous threat from within. Can a Canadian reporter save them — and the world?

This is the unbelievable story of Clark Olofsson, the controversial criminal who inspired the term “Stockholm syndrome.” Based on his truths and lies.

Bound by a dangerous secret, best friends Sarah and Kemi are forced to go on the run after a wealthy groom disappears during his engagement party.

Follow the adventures of baby lions, elephants, penguins, pangolins and more as they learn to navigate the highs and lows of life in the wild.

A group of young adults attend a party on a remote island, but the supposed paradise they find waiting for them is anything but.

The Sound of Magic – Netflix Series

Along for the Ride – Netflix Film

The summer before college, studious Auden meets mysterious Eli, and — on nightly quests — he helps her experience the carefree teen life she was missing.

Forced to reteam after a decade, two mismatched cops investigate a murder in a divided French town, where a wider conspiracy looms.

A veteran cop sees the chance to prove himself when murder and a stranger’s grisly torture plot shake the walls of a sleepy desert town.

Comedian Christina P examines the joys and drags of parenting, partnering and more through a no-nonsense Gen-X lens in this special.

In the year 2045, Motoko Kusanagi and Section 9 return to fight a dangerous new threat in this feature-length recut of the first season of “SAC_2045.”

Work-life balance?!? What’s that? Kate, Anne, Jenny, Sloane and Val are clocking in overtime handling big problems at the office and at home.

In the aftermath of a deadly riot, Edson and Cristina grapple with new enemies and threats. But as the stakes rise, their bond is tested.

A folk-hero bandit known for his many prison breaks considers a fresh life path when he gets a new girlfriend. Based on the life of Zdzisław Najmrodzki.

A woman leads a frantic search to find her missing sister in a town in Chile amid a media storm and the police investigation. Inspired by a true case. 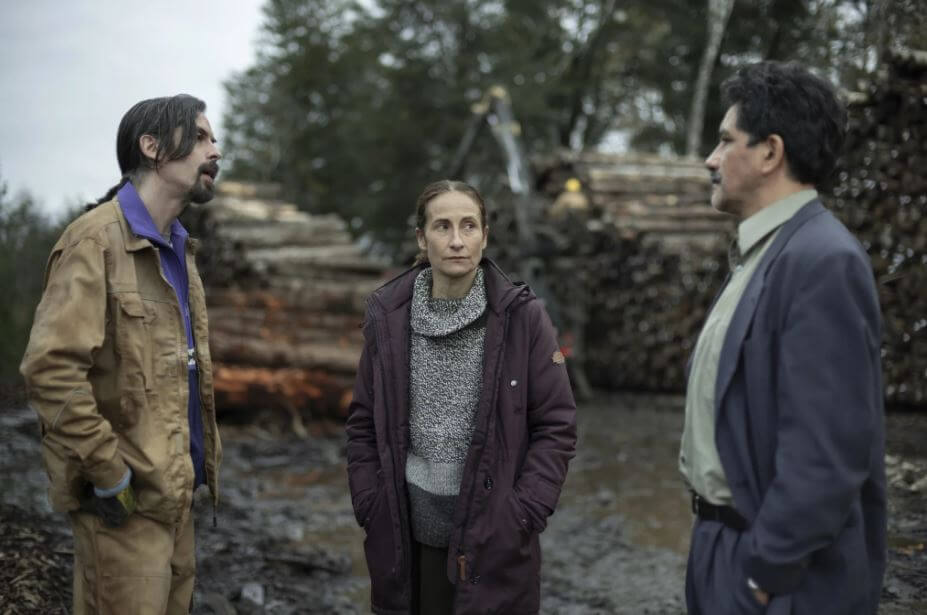 Seeking revenge for her tragic past, a mysterious woman embeds herself in a powerful family who possess a global beauty empire — and dark secrets.

Motocross teens go for big air as they try to beat their rivals, bring out the best in each other and win it all in this high-speed series.

An iconoclastic idealist runs his law practice out of the back of his Lincoln in this series based on Michael Connelly’s bestselling novels.

New loves, new friends and new drama vie with a dazzling social scene when it comes to a circle of wealthy Asian and Asian American friends in LA.

When business consultant Michi Wyss inherits his late father’s troubled farm he must confront his rural past — and his family’s future.

Vampire in the Garden- Netflix Series

Though mortal enemies, a human girl and a vampire queen set out in search of the paradise where humans and vampires once coexisted in peace.

In this final season, as enemies become allies and the truth is finally exposed, Álex becomes fixated on solving a new enigma: What happened to Sara?

In this romantic docuseries, people on the autism spectrum look for love and navigate the changing world of dating and relationships.

Anonymous and exploitative, a network of online chat rooms ran rampant with sex crimes. The hunt to take down its operators required guts and tenacity.

At first, Lucía is taken aback by her son’s girlfriend’s eclectic family, but little does she know the impact they’ll have on her prim and proper life. 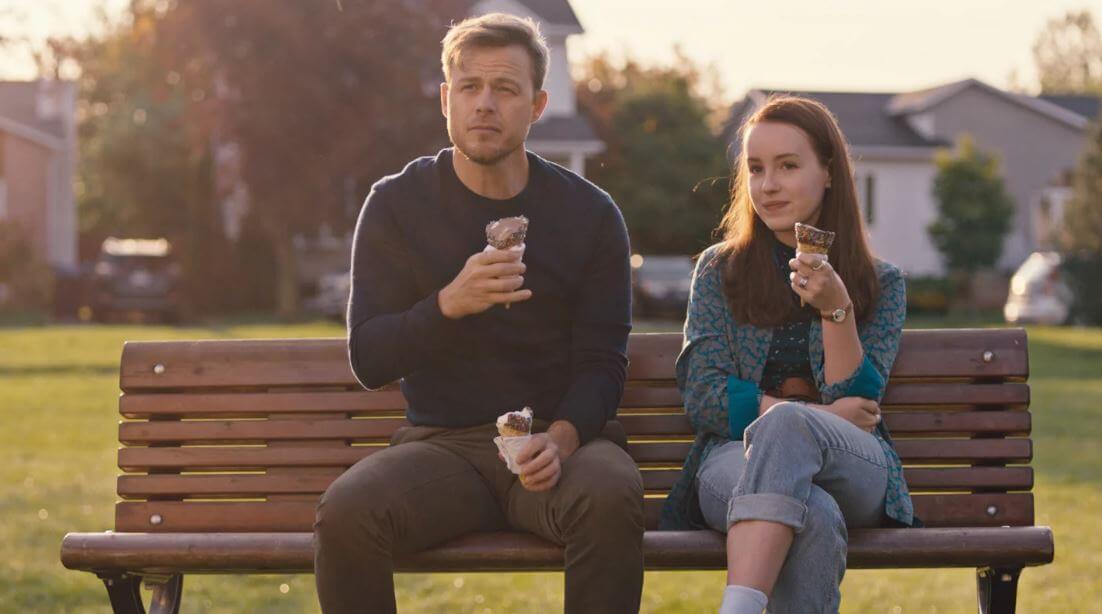 To win over a major client, a go-getter LA wine exec signs on to work at an Australian sheep farm, where she sparks with a rugged and mysterious local.

Love it or hate it, the government plays a huge role in our lives. Adam Conover explores its triumphs, failures and how we might be able to change it.

This documentary examines the murder of photojournalist José Luis Cabezas, a crime that shook Argentina and exposed a political and financial conspiracy.

The Boss Baby: Back in the Crib – Netflix Kids & Family Series

Picking up where “The Boss Baby: Family Business” left off, adult Ted Templeton Jr. uses Tina’s magical formula to turn himself back into the Boss Baby. But returning to BabyCorp is anything but child’s play.

Wrong Side of the Tracks – Netflix Series

A war veteran angry at the drug dealers and troublemakers infiltrating his neighborhood sets out to reform his wayward teenage granddaughter. 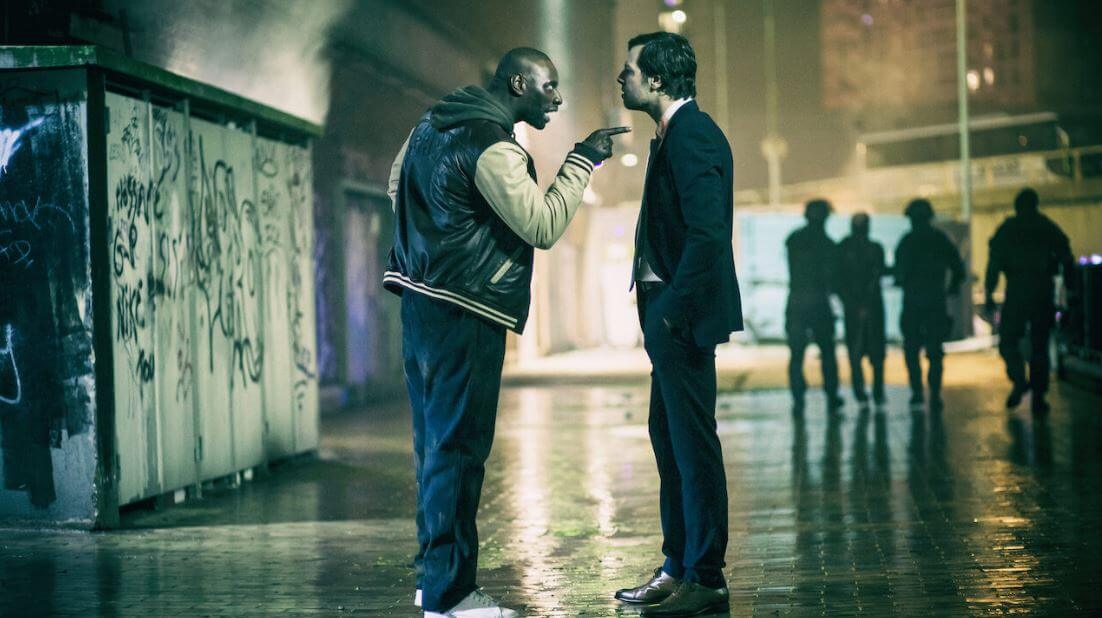 lands in a crisis and Bo questions her marriage.

Uncanny worlds, violent delights and twisted kicks await in the third volume of the Emmy-winning animated anthology from Tim Miller and David Fincher.

An ex-army captain travels to Dalyan to stop his friend’s beloved from marrying another man, but grief and trauma from a combat tragedy mar his journey

Bruda and his sea animal friends go on mini-adventures in the ocean and discover that everyday moments are filled with bits of magic.

In a new season of his reality series, “Everybody Loves Raymond” creator Phil Rosenthal travels the globe to take in local cuisine and culture.

When Yellow gets trapped by a mean and mischievous cat Red rushes (noisily) to his rescue.

When Zipp realizes that the power of the crystals are fading, she goes on a mission to figure out why.

Darkness returns to Hawkins just in time for spring break, triggering fresh terror, disturbing memories — and the threat of war. 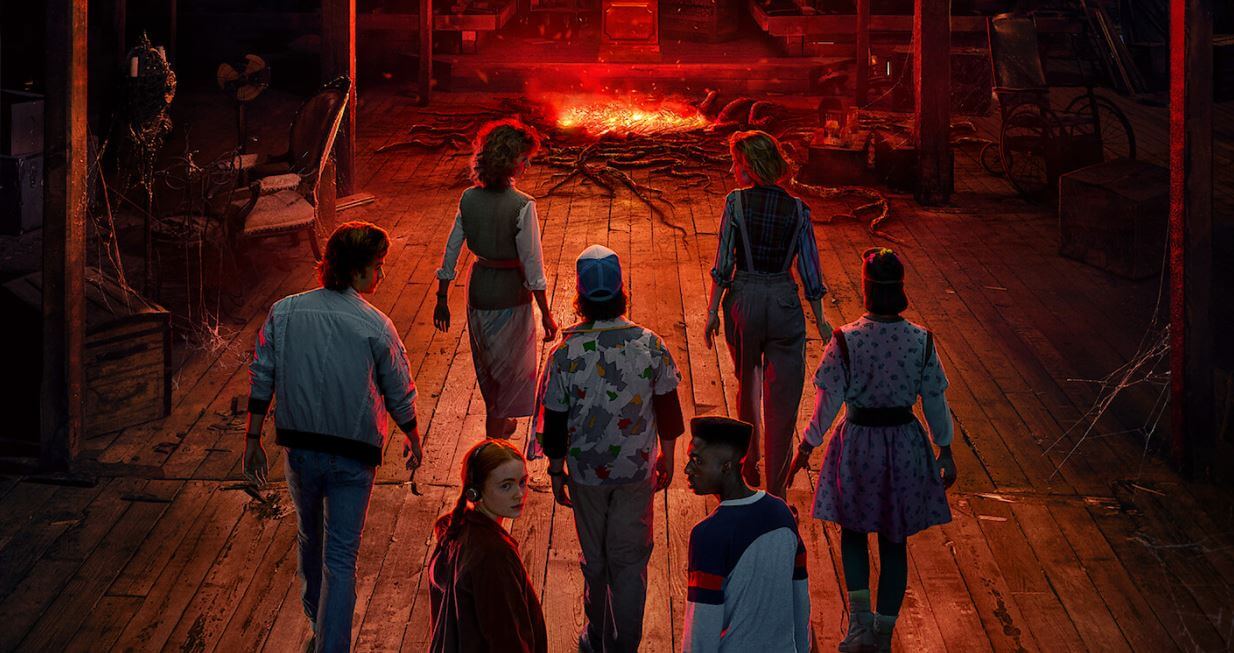 On a trip to the beautiful Taj Mahal, Bheem gets distracted trying to return a little girl’s lost teddy bear before someone steals it!

They’re chatty. They’re shady. They’re secretly famous. They’re this season’s players — and all bets are off as they compete for the ultimate prize.

A brand-new love story unfolds when a young office worker in Tokyo finds herself caught between a charming bartender and a handsome medical student.

Ten new candidates sign up for a casting call for a reality show, unaware the cameras have already started rolling. Let the mind games begin — again.

A marriage proposal is supposed to be a happy ending. But for one couple, it becomes the beginning of an uphill struggle over wedding preparations.

Build a medieval city, make smart financial decisions and do whatever it takes to keep your people happy. Who knew running a kingdom was so tough?

Hatch and collect rare dragons — then help them revive their magic in this colorful and beautifully animated idle adventure game.

By day, manage a shop in an idyllic village. By night, explore dungeons, slay monsters and unlock mysteries in this best-of-both-worlds adventure.

Bring the catnip. Draw as many cards as you can, and do your best to dodge — or defuse — fatal felines. Or else, boom goes the dynamite!