Here’s what’s Coming to Netflix South Africa in November 2021! Quick Read Magazine is super excited to be sharing November’s content as Netflix continues to bring you a star studded line-up which will have you glued to your screens.

When his grandfather suddenly falls ill, holiday-hating Jules learns of his family’s magical legacy and realizes he’s the only hope to save Christmas.

In this animated documentary short, WWII vets reveal a secret US military camp near Washington where Jewish soldiers hosted and interrogated Nazi POWs.

The Harder They Fall – Netflix Film 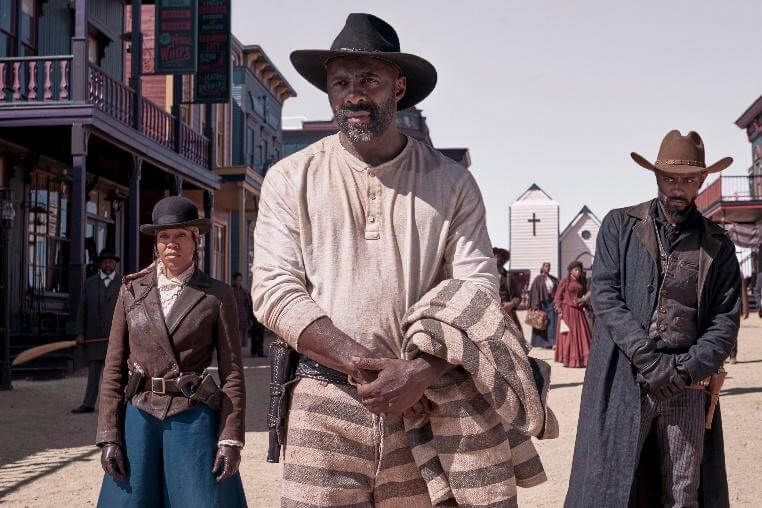 Gunning for revenge, outlaw Nat Love saddles up with his gang to take down enemy Rufus Buck, a ruthless crime boss who just got sprung from prison.

This documentary traces the rise and crash of scammers who conned the EU carbon quota system and pocketed millions before turning on one another.

In 16th-century Zazzau, now Zaria, Nigeria, Amina must utilize her military skills and tactics to defend her family’s kingdom. Based on a true story. 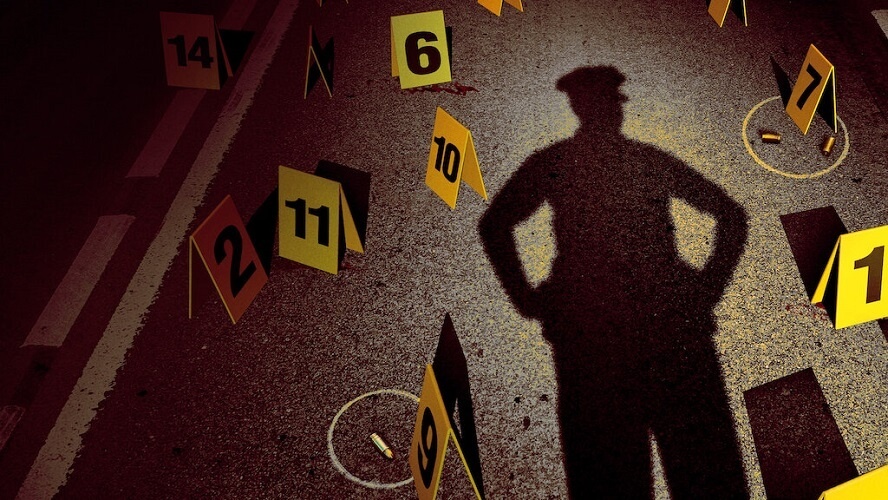 The investigators behind infamous serial killer cases reveal the harrowing, chilling details of their extraordinary efforts in this true crime series.

In 1955 Istanbul, a mother and daughter reunite after a 17-year separation. Based on a true story.

This series dramatizes how a man claiming to be a witness at the assassination of Swedish prime minister Olof Palme may have gotten away with murder.

Romantic confessions, angry tirades and vicious rumors fly as lovebugs and hate worms wriggle their way into the hearts of the Bridgeton Middle crew.

Spies, lies and secrets flourish in Glória do Ribatejo, 1968, as a privileged Radio Free Europe engineer plays all the angles of Cold War Portugal.

As a new generation of cartel leaders vie for power, journalists hunt for truth while government agents walk a thin line between justice and corruption.

Based on the true story of medal-winning Paralympian So Wa-wai, who navigated personal and physical struggles with the help of his mother.

Forced to live apart due to a unique job prospect, two newlyweds face the hassles, hiccups — and hilarity — that arise from their long-distance marriage. 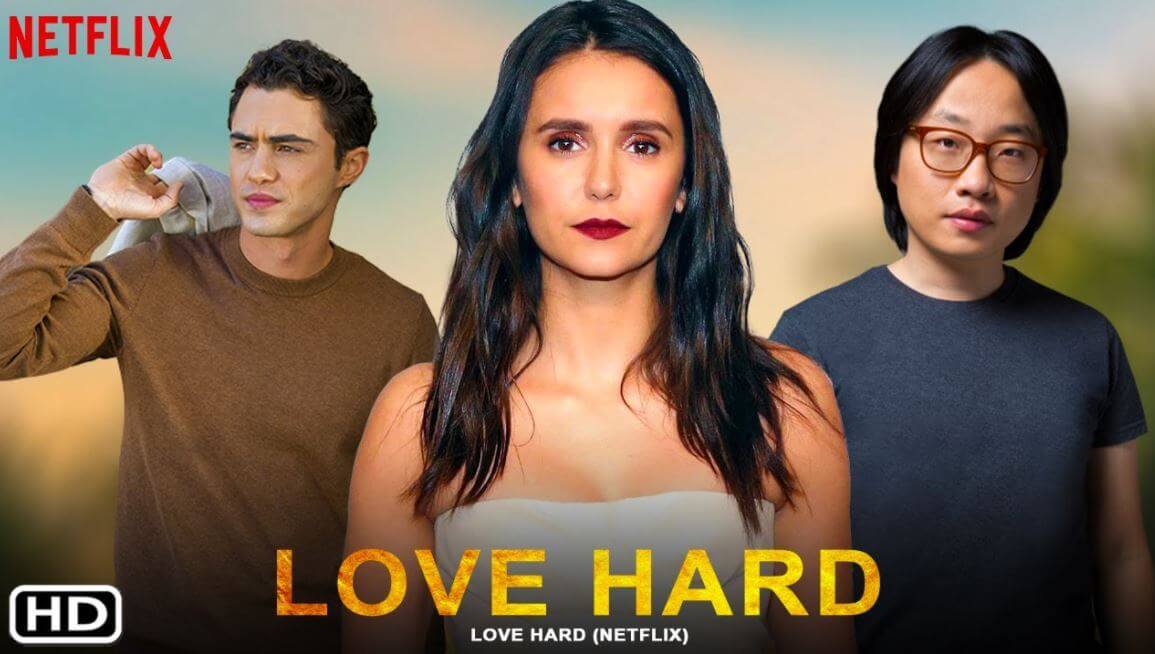 After meeting her perfect match on a dating app, an LA writer learns she’s been catfished when she flies 3,000 miles to surprise him for Christmas.

Prodded by a friend request, a feckless forty-something recalls his past relationships from the 90s onward, looking for his vanished hopes and dreams.

A determined prosecutor becomes consumed with the case of a missing 13-year-old and goes to extreme lengths to get to the truth. Based on a real case.

This documentary walks the line between fact and fiction, delving into corruption in the Mexican police through the experiences of two officers.

Father Christmas Is Back- Netflix Film

Four feuding sisters get a crash course in family togetherness when their long-lost father shows up for Christmas at their posh ancestral manor.

Your Life Is a Joke- Netflix Comedy Special

Comedian Oliver Polak gets to know celebrities at some of their favorite spots before roasting them with good-natured stand-up sets.

Happiness Ever After – Netflix Film

Three best friends lean on each other amid their complex relationships as they navigate life’s speed bumps and carve their own paths to happiness.

As the Morales family rallies to fight Pop’s deportation, cousins Ana, Chris and Erik face new challenges in their romantic and professional lives.

In 1920s New York City, a Black woman finds her world upended when her life becomes intertwined with a former childhood friend who’s passing as white.

This immersive series follows the world’s most magnificent creatures, capturing never-before-seen moments from the heartwarming to the outrageous.

Six couples are subjected to an eye-scanning lie detector in this reality show where lies cost money, and truth and trust come with a juicy cash prize.

An impoverished teen seeking to escape the clutches of a human trafficker must weigh living up to his moral code against his struggle to survive. 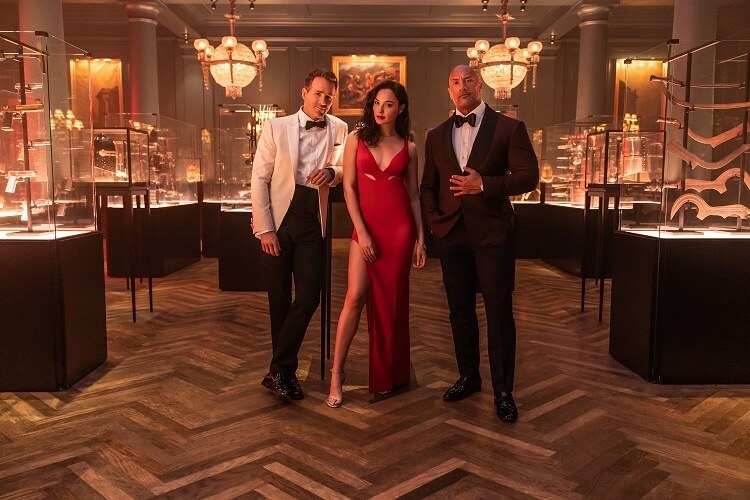 An FBI profiler pursuing the world’s most wanted art thief becomes his reluctant partner in crime to catch an elusive crook who’s always one step ahead.

A literature teacher seeks justice against a surgeon she claims date raped her, while he vehemently denies her accounts of the evening.

Join Johnny and Dukey on an epic interactive quest to find the perfect meatloaf — and save themselves from eating Dad’s gross “garbage loaf” for dinner.

Learn along with Beep, Boop, Bing, Bang and Bo as they make their way through a musical alphabet, from awesome A’s to mighty M’s and all the way to Z!

An unlikely Christmas romance blossoms between a famous rapper and a tenacious journalist. But can they make it work despite their differences?

A cartoonist in Rome with his armadillo-for-a-conscience reflect on his path in life and unrequited love as he and his friends travel outside the city.

Didn’t think there could possibly be any more twists and turns to this story? Tiger King returns with a second season that digs further into the mysteries, madness and mayhem that captivated audiences around the world. 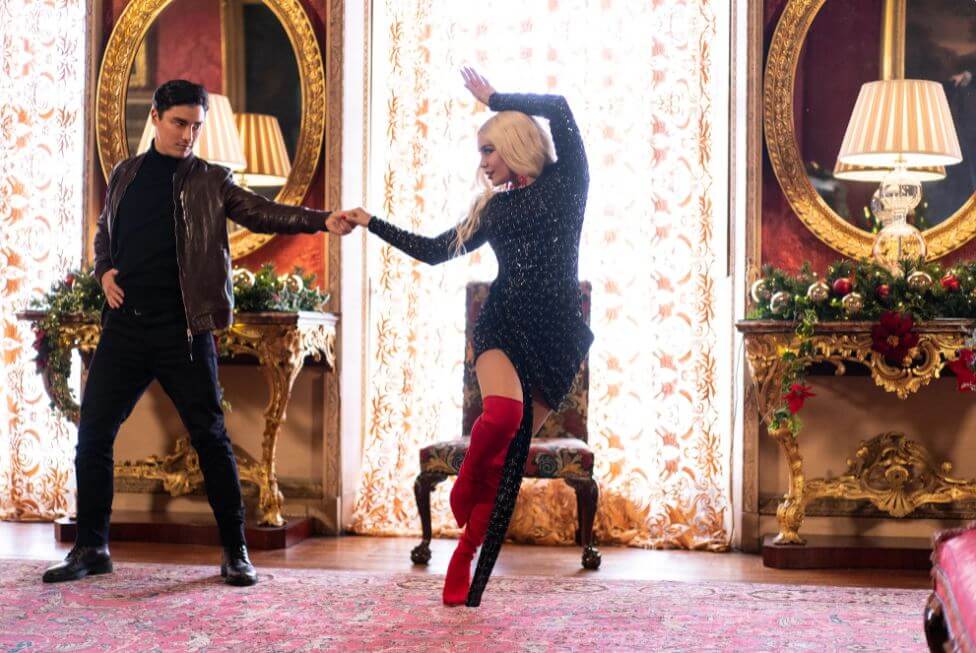 When a priceless Christmas relic is stolen, royal look-alikes Margaret and Stacy turn to audacious doppelganger Fiona — and her dashing ex — for help.

Mexican comic Carlos Ballarta is back, and this time, he’s using his sharp black humor to challenge cultural and religious views from Latin America.

Fighting just to survive, California’s homeless population suffers as housing costs soar, pushing more of the disadvantaged onto the streets.

In the not-so-distant future, Earth’s scientists send a fleet of genetically enhanced dogs to explore the galaxy in search of a new planet to call home.

Love Me Instead – Netflix Film

Mehmet Ada Oztekin directs this family drama centered around the bittersweet reunion between a father and daughter.

When a cynical ex-TV news anchor gets an alarming call on his radio show, he sees a chance for a career comeback — but it may cost him his conscience.

On the brink of turning 30, a promising theater composer navigates love, friendship and the pressure to create something great before time runs out.

Unearthly beings deliver bloody condemnations, sending individuals to hell and giving rise to a religious group founded on the idea of divine justice.

Five returning contestants fill the hot shop with festive designs in this holiday-themed competition. At stake: $10,000 and the title of Best in Glass.

A ragtag crew of bounty hunters chases down the galaxy’s most dangerous criminals. They’ll save the world … for the right price. A live-action series.

“Six men who were sexually abused by Catholic clergy as boys find empowerment by creating short films inspired by their trauma.” 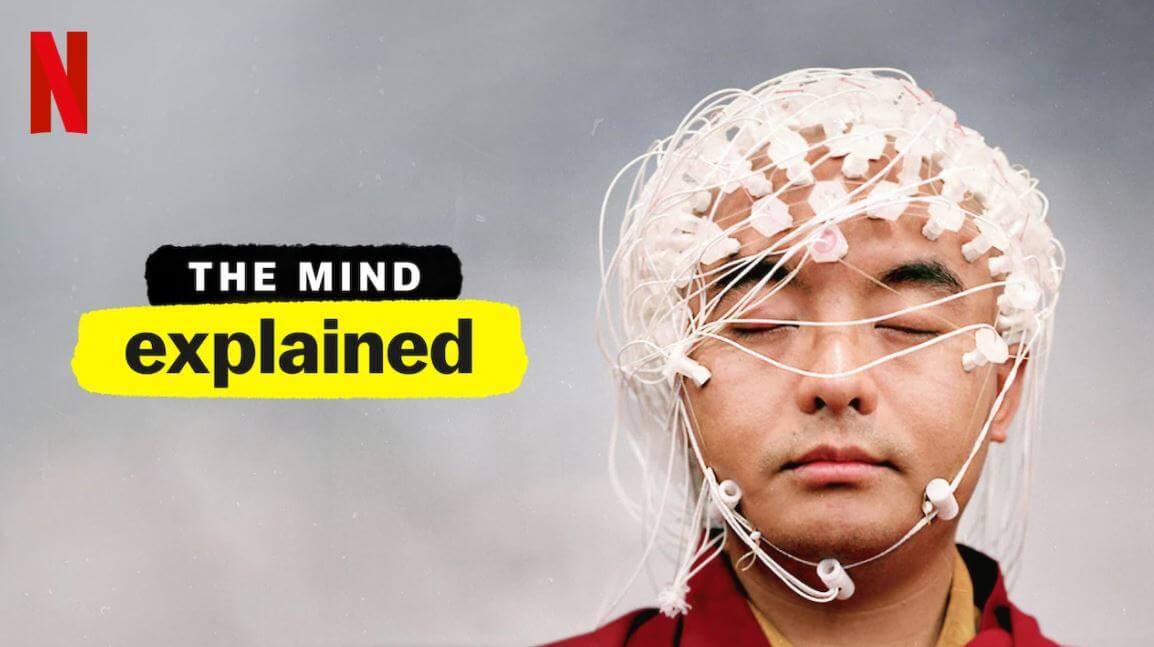 Our minds are capable of great things, but they can also undermine our best intentions. Delve into the science behind creativity, brainwashing and more.

In this reality show, six celebs strategize and sabotage to earn virtual currency they can cash in on the final day of their stay on a utopian island.

When an introverted teen falls in with a group of misfits, he soon realizes he may be in over his head.

After a calamitous battle fractures Eternia, Teela and an unlikely alliance must prevent the end of the Universe in this sequel to the ’80s classic.

A small-town fender-bender leads to a staggering story of injustice in this documentary series from the makers of “Presumed Guilty.

A tour stop becomes a matter of life and death for a comedian when the fallout from a night with his brother threatens to destroy everything he’s built.

Determined young Nikolas meets his destiny in a magical land inhabited by elves on a quest to find his father — and bring home the gift of hope.

A disgraced MMA fighter grabs one last shot at redemption in the cage when the young son she gave up reenters her life. Halle Berry stars and directs.

In this stop-motion short film, a bird raised by mice begins to question where she belongs and sets off on a daring journey of self-discovery 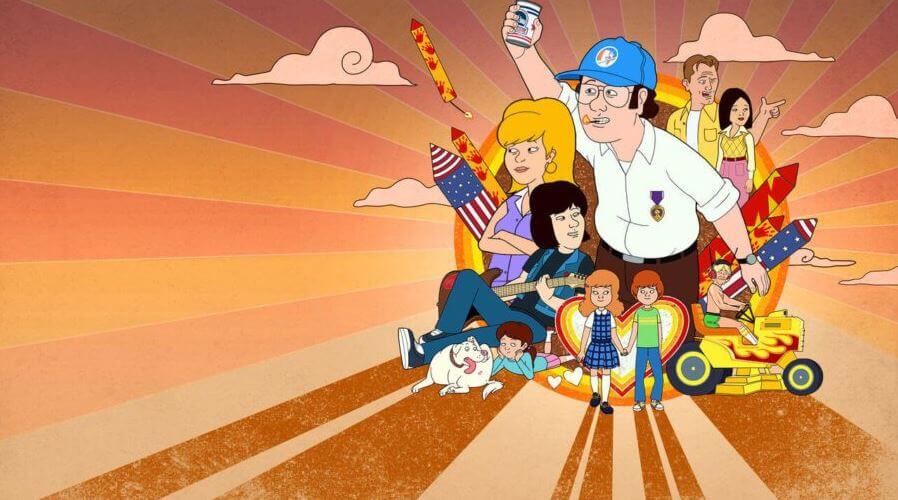 The raunchy and nostalgic animated comedy returns for a fifth season.

Johnny Bolt recruits a group of ragtag supervillains for one last heist. Their target: A ruthless super-powered crime boss. What can go wrong?

Famed chocolatier Amaury Guichon mentors eight top talents hoping to take their work to the next level. Only one will win a career-changing opportunity.

In Taipei’s Red-Light District of the ‘80s, mama-san Rose and the hostess ladies of a popular night club navigate love — and struggles.

A woman goes to extremes to rescue her sister. From director Amp Wong.

A Castle For Christmas – Netflix Film

When an American author tries to buy a castle in Scotland from a grumpy duke who’s reluctant to sell, they both get more than they bargained for.

Three spoiled siblings are forced to earn their livings after their wealthy and well-meaning father pretends he’s lost everything to teach them a lesson.

After Birgit Meier vanishes in 1989, police missteps plague the case for years. But her brother never wavers in his painstaking quest to find the truth.

While on holiday on a remote island, two siblings discover elves — but not the Christmas kind. These are bloodthirsty elves who keep the locals in fear.

14 Peaks: Nothing is Impossible – Netflix Documentary

Climber Nims Purja leads a team of Sherpas with a goal to climb all 14 of the peaks over 8,000 meters in seven months, shattering the record of seven years.

The Summit of the Gods – Netflix Film 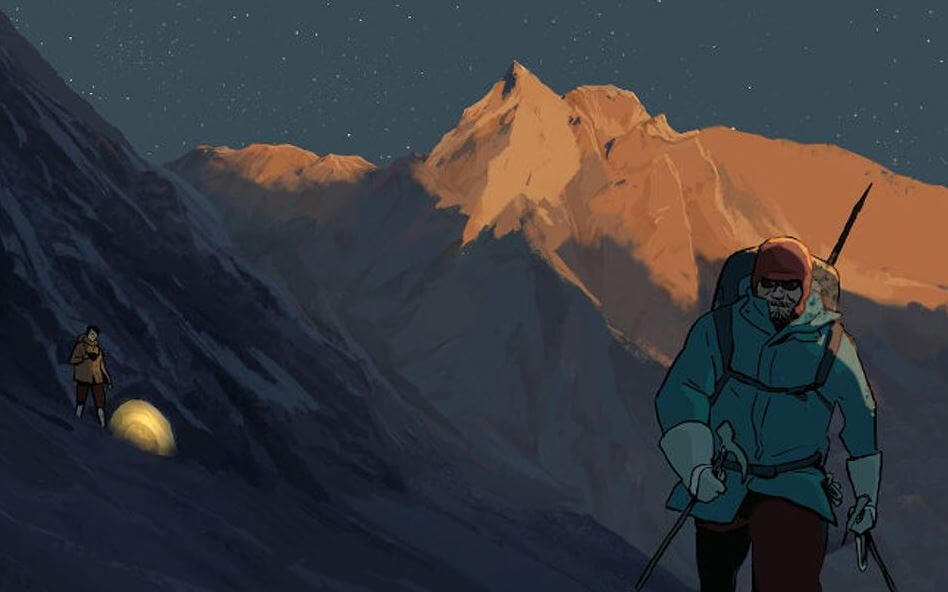 A Kodak camera lures a photojournalist into a Mt. Everest adventure in this adaptation of a manga series based on a 1998 novel.

A comedy about sexual self-discovery, directed and co-written by Paco Caballero (“Cites”).

Charlie changes classic tales using different shapes, and he needs your help. Visit a fairytale salon, a mermaid ball and even outer space!

Charlie and his new friend Yetilda D. Yeti pair up for some stompy snowy adventures!

Amid the stark discord of twin cities Piltover and Zaun, two sisters fight on rival sides of a war between magic technologies and clashing convictions.

A misanthropic writer and his startup-founder wife juggle their impending divorce with the absurdities and annoyances of life in their affluent world.