September is known for bringing in new beginnings, and what better way to kick off the month with an array of new content.

We’re excited to announce the return of the highly anticipated season 2 of Blood & Water. Season 2 will pick up right where we left off as viewers will get all of the answers that they have been waiting for and more. If you thought the series couldn’t get away with adding more drama, you are sorely mistaken, as the case of Puleng’s missing sister becomes the tip of an iceberg that runs deep.

Also coming on your silver screens are some rare interviews and previously undisclosed archival footage in Michael Schumacher’s documentary, which explores the many facets that made and define this complex athlete. Along side this you can expect the return of Sex Education and Pose Season 3. All this and a whole lot more coming your way!

Anne Hathaway and Rebel Wilson star as female scam artists who aim to take down those who have wronged them.

Elle Woods, a fashionable sorority queen, is dumped by her boyfriend. She decides to follow him to law school. While she is there, she figures out that there is more to her than just looks.

Putting together a magazine is not an easy task, requiring a lot of teamwork to finish the job and get the publication on newsstand shelves. That’s why the staffers responsible for producing global women’s magazine Scarlet lean on one another as they try to find their own voices. While working together to publish each issue of the periodical, they struggle to find their identities, manage friendships and find love. The drama series is inspired by the life of longtime magazine editor and executive Joanna Coles, who serves as an executive producer.

US agent Luke Hobbs and British mercenary Deckard Shaw are forced to put their rivalry side and work together to stop a genetically enhanced supervillain.

Jack, a struggling musician, meets with an accident during a blackout and wakes up to find out that only he remembers The Beatles. Later, he starts singing the band’s songs to gain fame.

How to Be a Cowboy – Netflix Series 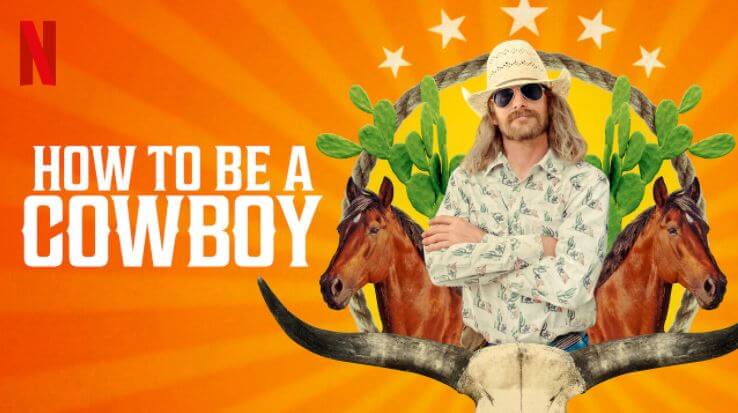 Turning Point: 9/11 and the War on Terror – Netflix Documentary

This unflinching series documents the 9/11 terrorist attacks, from al-Qaida’s roots in the 1980s to America’s forceful response, both at home and abroad.

Agent Steve Maryweather was once the Golden Boy of the American Intelligence Agency, until he came out as gay. Unable to fire him, they sent him off into obscurity. Instead, he assembled LGBTQ+ squad of misfits – together they’re Q-Force.

Afterlife of the Party – Netflix Film

Cassie lives to party… until she dies in a freak accident. Now this social butterfly needs to right her wrongs on Earth if she wants to earn her wings.

The gang has been in the Bank of Spain for over 100 hours and the Professor is at risk. To make matters worse, a new adversary is coming: the army.

Half shark, half dog with a big heart and a belly full of fish sticks! Together, Sharkdog and his human pal Max can take on any silly or messy adventure.

On the shores of Cape Mercy, a skillful group of teen divers investigate a series of secrets and signs after one of their own mysteriously goes missing.

Under pressure to continue a winning tradition in American tennis, Mardy Fish faced mental health challenges that changed his life on and off the court.

Jo learns what it means to be a true leader as the Local Heroes embark on a space adventure to find the remaining Stones of Power and save the galaxy.

The Octonauts expand their exploration beyond the sea — and onto land! With new rides and new friends, they’ll protect any habitats and animals at risk.

Into the Night: Season 2 – Netflix Series

After finding refuge deep underground, the passengers contend with a flurry of new crises — and rising tensions with their military hosts. 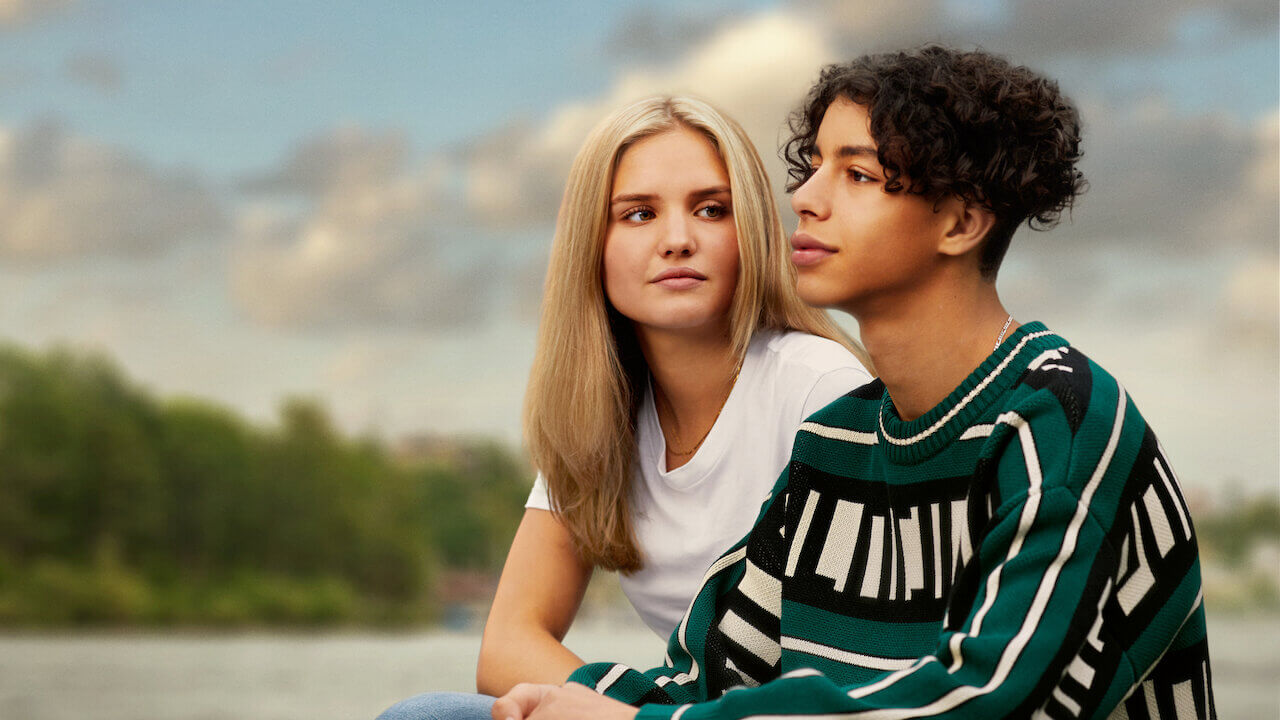 “Vinterviken is set in Stockholm and focuses on the love story between Elisabeth and John-John.

The two youngsters are raised in the same city, yet they live light years apart, separated economically, socially and culturally. That is until the day they start in the same high school class”

The Women and the Murderer – Netflix Documentary

This documentary follows a police chief and a murder victim’s mother in their unflagging efforts to find and prosecute a serial killer in 1990s Paris.

From a chance meeting to a tragic fallout, Malcolm X and Muhammad Ali’s extraordinary bond cracks under the weight of distrust and shifting ideals.

On this competition show, a group of metal artists torch, cut and weld epic, badass creations from hardened steel. Only one will win a $50,000 prize.

Lucifer scored the promotion, but does he really want the job? Plus, Chloe prepares to give up detective work, Amenadiel joins the LAPD, and more.

Slipped a fatal poison on her final job, a ruthless assassin working in Tokyo has less than 24 hours to find out who ordered the hit and exact revenge.

A wilderness trip turns deadly when five bickering hikers are inexplicably pursued by an unseen — and unrelenting — hunter.

You vs. Wild: Out Cold – Netflix Kids & Family Series

After a plane crash leaves Bear with amnesia, he must make choices to save the missing pilot and survive in this high-stakes interactive adventure.

Reunited amid a pandemic, future Sam and Lionel look back on their epic final year together at Winchester — which plays out as a ’90s musical. 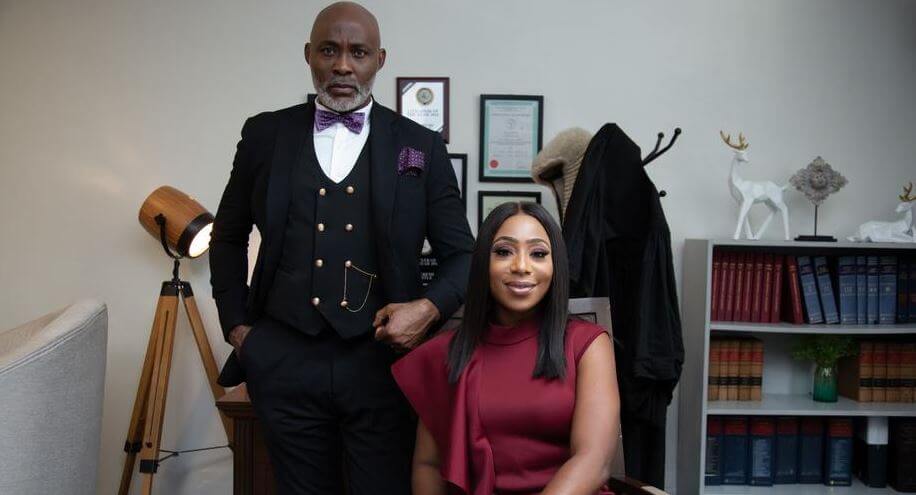 Husband and wife legal team Remi and Tega Castle face challenges in and out of the courtroom as they manage their Lagos law firm.

Scary story fan Alex must tell a spine-tingling tale every night — or stay trapped with his new friend in a wicked witch’s magical apartment forever.

The life of Michael Schumacher, who rose to a Formula One icon thanks to a daring and defiant spirit, is explored in this insightful documentary.

Gary and his crew strive to survive the chaos and carnage of Final Space and elude the evil Invictus, who’s eager to harness Mooncake’s powers.

My Heroes Were Cowboys – Netflix Documentary

Robin Wiltshire’s painful childhood was rescued by Westerns. Now he lives on the frontier of his dreams, training the horses he loves for the big screen.

Mighty teen Adam and his heroic squad of misfits discover the legendary power of Grayskull — and their destiny to defend Eternia from sinister Skeletor.

Hundreds of cash-strapped players accept a strange invitation to compete in children’s games. Inside, a tempting prize awaits — with deadly high stakes.

Chicago partier Diane is a beef-sandwich-chomping Bears fan with a talent for avoiding adulthood. But she has a soft spot for her nerdy nephew.

Word of the “sex school” gets around as a new head teacher tries to control a rambunctious student body and Otis attempts to hide his secret hookup.

When his son goes missing during a snowy hike in the mountains, a retired intelligence officer will stop at nothing — and risk everything — to find him.

As big city life buzzes around them, lonely souls discover surprising sources of connection and companionship in three tales of love, loss and longing. 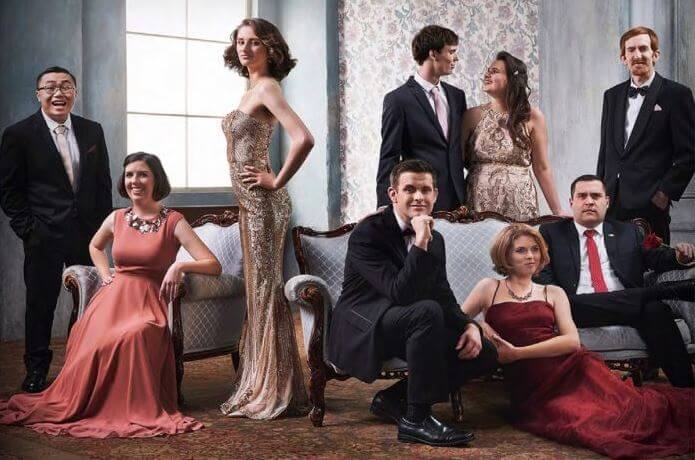 Finding love can be hard for anyone. For young adults on the autism spectrum, exploring the unpredictable world of dating is even more complicated.

From arcade games to sled days and hiccup cures, Cory Carson’s curious little sister Chrissy speeds off on her own for fun and adventure all over town!

Reunited amid a pandemic, future Sam and Lionel look back on their epic final year together at Winchester — which plays out as a ’90s musical.

In 1960s Spain, a Holocaust survivor joins a group of agents seeking justice against the hundreds of Nazis who fled to the nation to hide after WWII.

When the smart but socially awkward Tetê joins a new school, she’s ready to try everything to fit in with the cool kids. But soon, her plan hits a snag.

After a deadly break-in at a couple’s new dream home, the traumatized wife searches for answers — and learns the real danger is just beginning.

Monsters Inside: The 24 Faces of Billy Milligan – Netflix Documentary

In the late 1970s, an accused serial rapist claims multiple personalities control his behavior, setting off a legal odyssey that captivates America.

Joy, heartbreak and hope extend beyond the ballroom as Blanca balances life as a mother, partner and nurse’s aide, and Pray Tell faces a health crisis.

After most of her family is murdered in a terrorist bombing, a young woman is unknowingly lured into joining the very group that killed them.

A look at life beyond the prison bars for a group of incarcerated women serving time in a New Orleans jail.

The Cape Town-set YA series returns with more twists and turns.

A community experiences miraculous events and frightening omens after a mysterious priest’s arrival. From the creator of “The Haunting of Hill House.”

When his niece crosses a powerful drug kingpin, professional thief Mehdi and his crew of skilled robbers are pulled into a violent and deadly turf war.

This documentary series examines the true story behind two of Sicily’s “Anti-Mafia” crusaders, who both wound up on trial for major crimes themselves.

Equestria’s divided. But a bright-eyed hero believes Earth Ponies, Pegasi and Unicorns should be pals — and, hoof to heart, she’s determined to prove it.

A woman adjusting to life after a loss contends with a feisty bird that’s taken over her garden — and a husband who’s struggling to find a way forward.

Pint-sized scientist Ada Twist and her two best friends are asking big questions — and working together to discover the truth about everything!

Moviemakers, insiders and experts count down the definitive list of film clichés.

A young woman is found brutally murdered in a Copenhagen playground. Above her hangs a small doll made of chestnuts. Adapted from the acclaimed novel.

Steven’s quest for delicious game in exotic locales takes him into the Rockies and Ozarks, the swamps of North Carolina and the grasslands of Hawai’i.

Fashion assistant Maca has just about got her life together after a devastating breakup, when Leo, the man who broke her heart returns. Seeking support from best friends, Adriana and Jime, all three will learn love can be complicated.

No One Gets Out Alive – Netflix Film

A haunted house horror story, a sobering account of immigrant life, and a world where ancient folklore can become terrifyingly real. 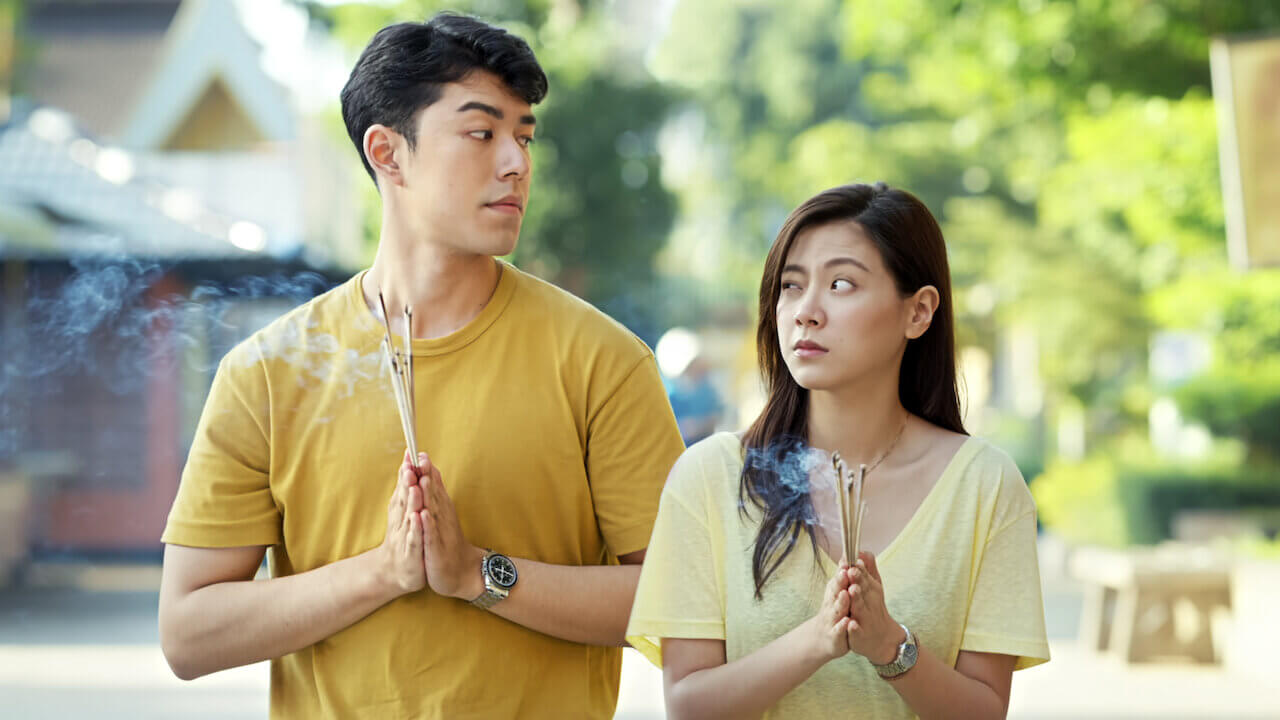 Tired of platonic friendships, Thibault believes his luck will change when sparks fly between him and Rose. But can he go from bestie to boyfriend?

In 1960s Rome, an encounter between a girl raised in a carnival and a girl from a rich home leads to intrigue, secrets and new and unexpected loves.

A fresh crew of flirts, fibbers and honest allies join the Circle — and navigate new twists and turns — in hopes of winning this season’s cash prize.

A limited series on the first-ever all-civilian mission into space.

A group of singles from across Latin America are challenged to give up sex. But on this reality show, abstinence comes with a silver lining: US$100,000.

Newly arrived in Bangkok, Wanchai joins the road rescue service and unravels a city-wide conspiracy with the help of a journalist.

Continuing their pursuit of a coveted IIT seat, Vaibhav and his friends try not to let academic pressure — or adolescent angst — get the best of them.

Cameras following Bengaluru police on the job offer a rare glimpse into the complex and challenging inner workings of four major crime investigations.

Baki Hanma continues his quest to become the most powerful fighter and prepares for his battle with the strongest creature in the world — his father.