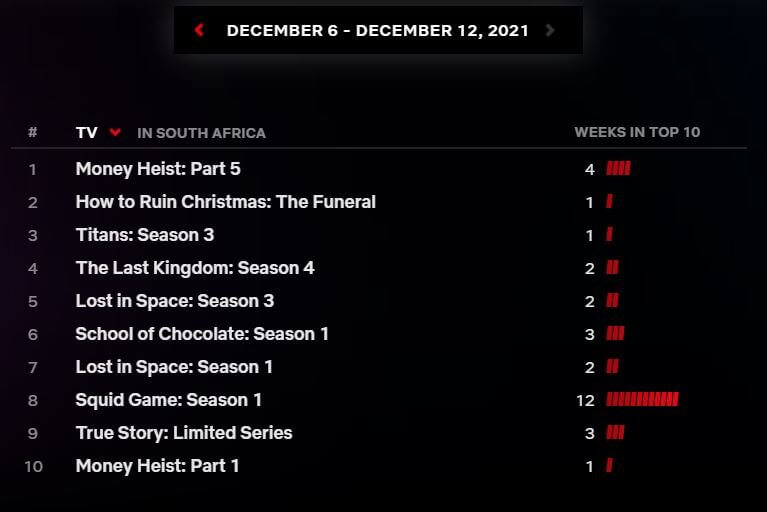 Check out the Top 10 most popular TV shows on Netflix South Africa list below, along with a brief synopsis of what the series is all about. Top titles in South Africa from December 6 – December 12, 2021 are also popular in other countries around the world. 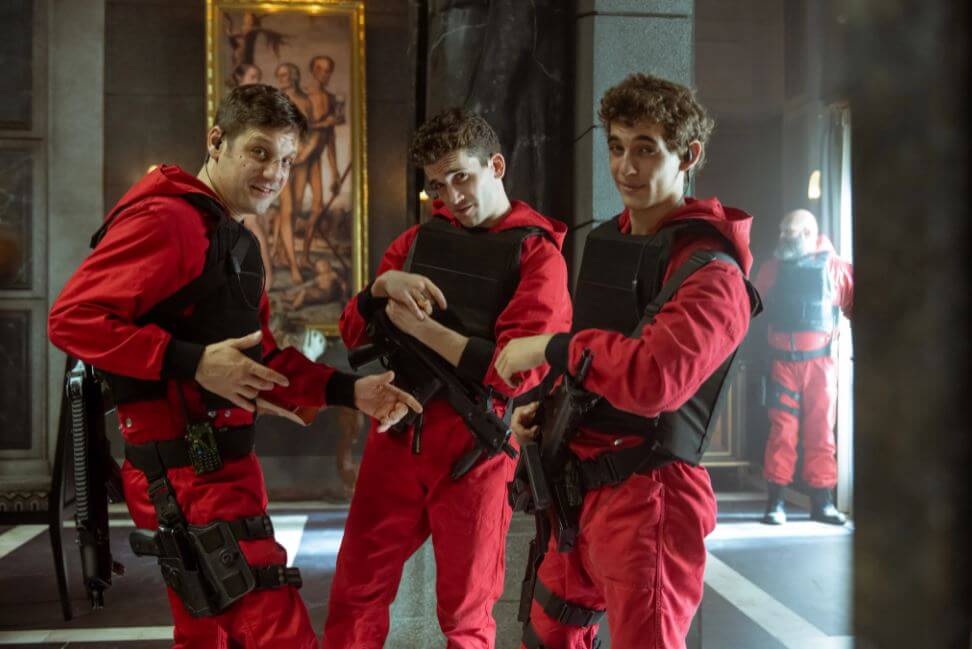 The gang has been shut in the Bank of Spain for over 100 hours. They have managed to rescue Lisbon, but their darkest moment is upon them after losing one of their own. The Professor has been captured by Sierra and, for the first time, doesn’t have an escape plan. Just when it seems like nothing else could go wrong, an enemy comes on the scene that is much more powerful than any they’ve faced: the army. The end of the greatest heist in history is approaching, and what began as a robbery will turn into a war. Part 5 of the iconic series will be released in two volumes, on September 3 and December 3 2021. Money Heist tops the Top 10 Netflix Series in South Africa.

2. How to Ruin Christmas: The Funeral

Free-spirited Tumi always manages to make a mess of things. Can she make it through this holiday family reunion without ruining it completely? Number 2 on the Top 10 Netflix Series is How to Ruin Christmas: The Funeral.

Titans season 3 concludes with ‘Purple Rain’ and brings an end to Scarecrow’s reign over Gotham City. 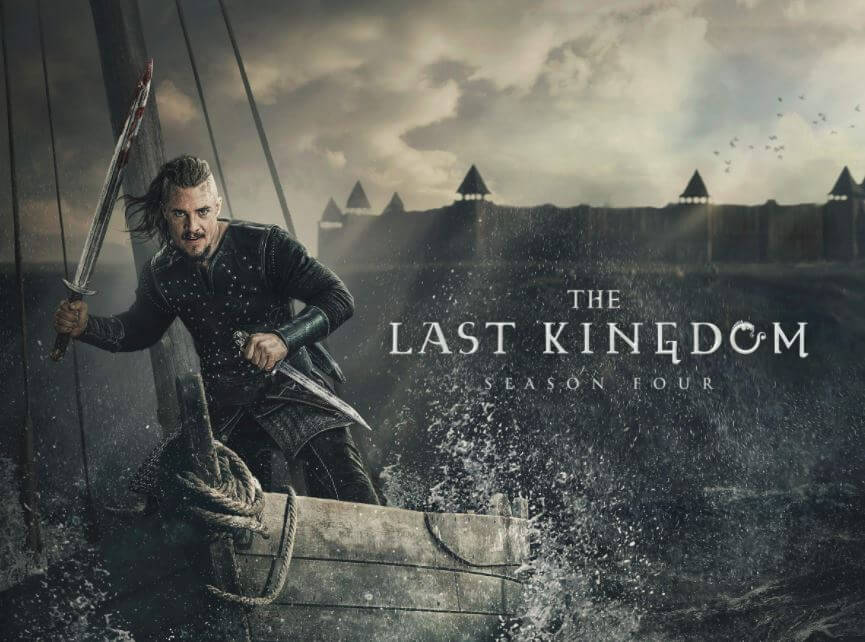 As Alfred the Great defends his kingdom from Norse invaders, Uhtred — born a Saxon but raised by Vikings — seeks to claim his ancestral birthright.

In the third and final season of Lost in Space, the stakes are higher than ever and the Robinson family’s survival instincts will be put to the ultimate test. After a year of being trapped on a mysterious planet, Judy, Penny, Will and the Robot must lead the 97 young Colonists in a harrowing evacuation — but not before secrets are unearthed that will change their lives forever. Meanwhile John and Maureen — with Don at their side — must battle overwhelming odds as they try to reunite with their kids. The Robinsons will have to grapple with the emotional challenge of not just being lost — but being separated from the ones they love… as they face the greatest alien threat yet.

Eight pros study the art of chocolate under the tutelage of a famed chocolatier. But only one will be best in class and win the chance of a lifetime.

After crash-landing on an alien planet, the Robinson family fights against all odds to survive and escape. But they’re surrounded by hidden dangers.

Hundreds of cash-strapped contestants accept an invitation to compete in children’s games for a tempting prize, but the stakes are deadly. Squid Game still forms part of the Top 10 Netflix Series list in South Africa. It is number 8 on the list.

True Story is Netflix’s new limited series starring Kevin Hart and Wesley Snipes. Released on the streaming platform on November 24, the series has since shot to Netflix’s Top Ten in many countries.

Money Heist (Spanish: La casa de papel, “The House of Paper”) is a Spanish heist crime drama television series created by Álex Pina. The series traces two long-prepared heists led by the Professor (Álvaro Morte), one on the Royal Mint of Spain, and one on the Bank of Spain, told from the perspective of one of the robbers, Tokyo (Úrsula Corberó).

You can also visit https://top10.netflix.com/south-africa/tv for Top 10 Netflix Series in South Africa.