Below are the Imbewu Teasers March 2022! Imbewu: The Seed is a South African television drama series created by Duma Ndlovu and executive producers Anant Singh and Leleti Khumalo. Read the below Imbewu teasers March 2022.

Shria is taken to task about placing Maluju in jeopardy and a formal hearing is set up to interrogate her further about her actions and motivations. Khanyo sweats bullets as she is grilled by the prosecutor in court. Maharaj continues to scheme and plot to sabotage Maluju. 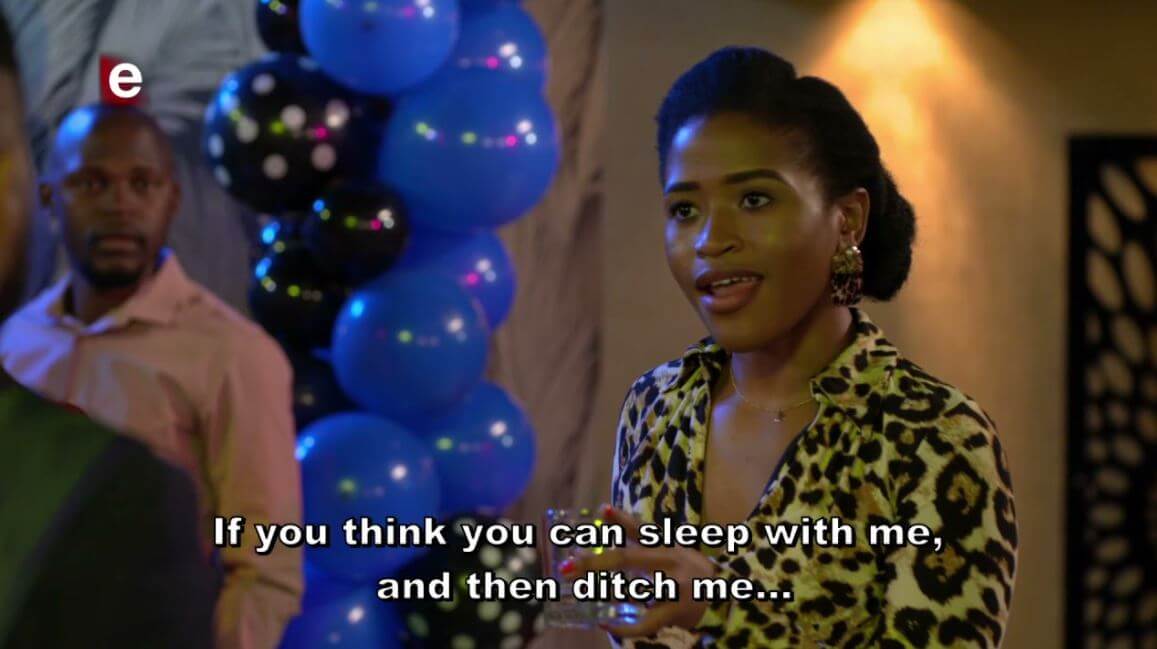 In court, the state prosecutor paints a compelling case for why Khanyo murdered Thokozile and the family fears she’s going to jail. Maharaj is released from prison and plans to visit the Rampersads as his first stop. What will Maharaj do?

Tensions rise in court as Jason questions Khanyo intensely and presents new medical evidence that influences the judge ruling. At the Rampersad house Nirupa will not take Shria’s suspension lying down, “they have started a war”.

In Maluju Oil Shria accuses Makhosazana of being after her job. Shria is mortified when she loses it in front of the people at the office. Meanwhile, in Shongololo Oil, Zakithi keeps pushing the idea of taking over Maluju but Zithulele is not keen.

Maluju’s problems are compounded when the trucks disappear and they have no insurance. Tensions simmer in the Bhengu family after the court case. Sebenzile asks Duduzile to help her revive the church, and asks kaMadonsela to keep the noise of her graduation preparations down.

The family is shocked to learn Buhle is dating an older man. 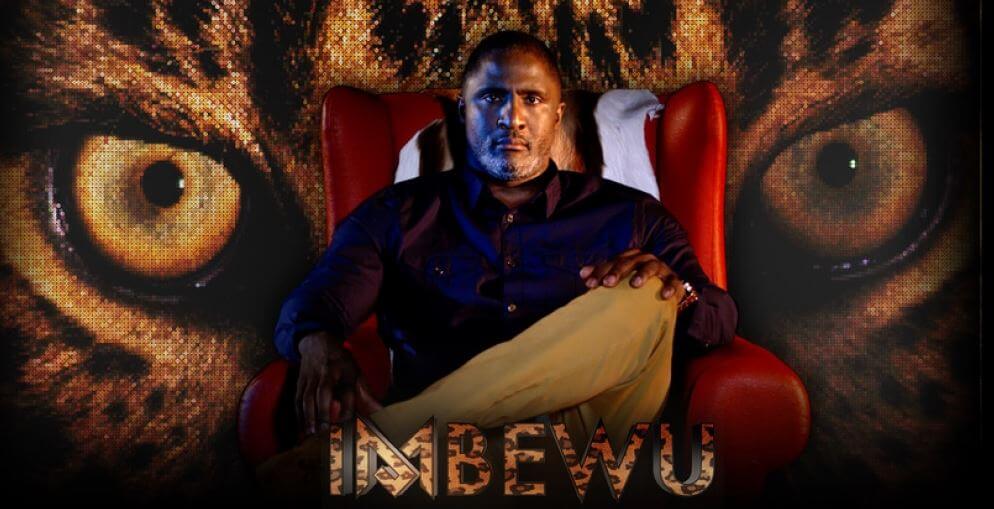 Phakade and Sebenzile’s joy is short-lived when initiates from kaMadonsela’s graduation ceremony disturb a prayer session and Duduzile determines Phakade’s promise to keep the sangoma practice away was a lie. Furious, Phakade interrupts the graduation ceremony and kicks the Gobela’s and initiates out.

Shria is outraged when she learns that Maluju is going to sue her for the money she’s cost them, and makes a scene at Maluju. She reluctantly asks Maharaj for help. At Mbumbulu Khanyo calls her father’s treatment of her mother weak and heartless.

Maharaj plays out his hand, drawing Shria closer by getting Maluju off the hook. Phakade and Sebenzile spend some quiet, romantic time together. Buhle is adamant that her dating bra Xolani has nothing to do with her missing Ngcolosi.

Khanyo is left alone with her mother for a divine intervention. Nhlakanipho, the mashonisa, arrives in town and he is looking for someone. Meanwhile KaMadonsela gets into a trance and reveals Khanyo’s biggest secret.

Sebenzile gets a surprising call from Nhlakanipho and has to lie to Phakade. Sebenzile’s old debts are now coming to haunt her, she owes Nhlakanipho, she had better pay back or else. At the Rampersad house Maharaj will do what is necessary to win Shria’s love. 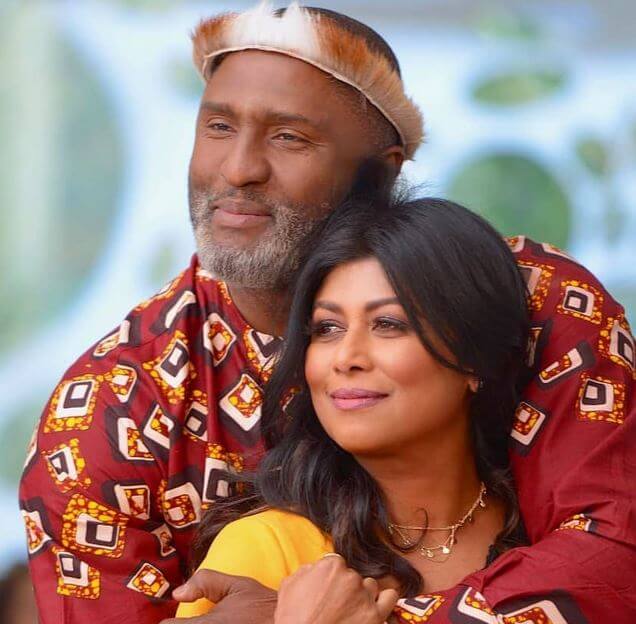 Maharaj still wants to be the hero father in Shrias life and interrupts Shria’s celebratory dinner with Jason, and tells her he can solve all her difficulties, leaving her feeling conflicted. Will Shria fall into Maharaj’s dirty ways?

Sebenzile hosts the first church concert auditions and it goes south. Sebenzile gives up, this is clearly not working, but her troubles are not over as Nhlakanipho stalks her. KaMadonsela’s graduation festivities begin and Khanyo is there to support her.

A ritual for kaMadonsela’s graduation is underway and Khanyo is charged with hiding kaMadonsela’s inyongo. kaMadonsela finds it easily, to the delight of the crowd. She breaks down in tears when she’s doing her graduation dance.

Phakade is impressed with Nhlakanipho’s choir but Sebenzile is shaken as Nhlakanipho is becoming closer. Maharaj uses his dodgy connections to try and get closer to Shria. Nirupa wants Maharaj out of Shria’s life. Does Maharaj feel he and Nirupa are meant to be together? 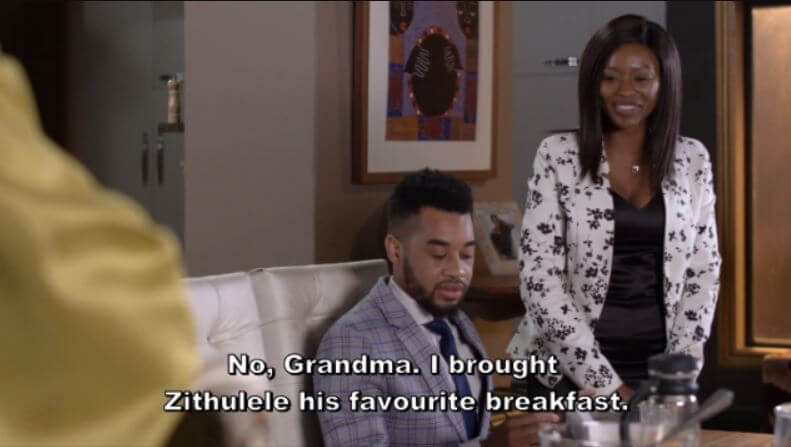 There is a sizzling spark between Khanyo and Sifiso as they briefly connect . At the awards ceremony Nkululeko’s worse nightmare comes true.

Maharaj congratulates Shria but what he says worries her. She asks him if the award was rigged in her favor, Maharaj confirms that it was. Sebenzile is stressed about the bloody knife she received.

At the Rampersads despite Nirupa’s disapproval, Shria invites Maharaj to dinner. Yuveer is jealous of his father’s attention to Shria. Zakithi is annoyed that Sifiso is spending time on the church.

It’s panic on Imbewu as Maharaj is on the floor with seizures. The news of the miracle healing at Phakade’s church has spread, more congregants are joining the church.

Sebenzile wants to open another church account for donations, and tells Nhlakanipho she will get him his money. Zakithi and Zithulele celebrate their progress with the Rwandans, and Nkululeko declares war. 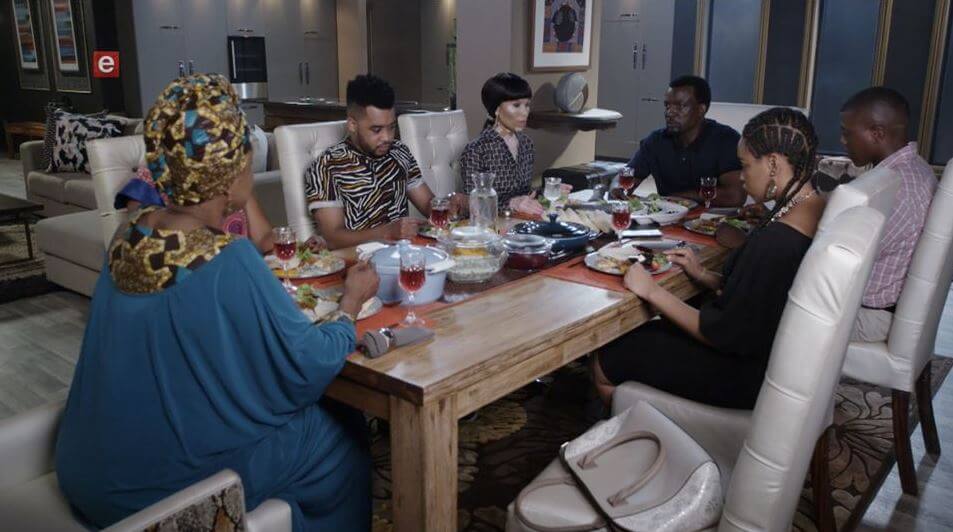 There is tension at the Bhengu breakfast table. Nkululeko puts the blame of maZulu for Shongololo’s win. Nirupa feels like a prisoner in her own home with Maharaj there.

Maharaj wants Shria to meet the rest of his family. Nirupa tells Nkululeko to not give up on the investigating the trucks and how the problem was solved so quickly. Will Nirupa find the ammunition she looking for to get rid of Maharaj?

Nkululeko learns Shria might have blood ties to Maharaj and together with maZulu resolves to keep a close eye on both. Nhlakanipho snares Sebenzile in a blackmail trap and reminds her to pay the money.

Shria wants to know if Maharaj was involved in resolving the issue with the trucks. When Makhosazana discovers that Maluju’s server was hacked, Nkululeko takes it as proof that Shria is working with Maharaj to set them up.

The repeat airs on e.tv from Mondays to Fridays at 12h30 and the omnibus airs on Saturdays at 11h20. We hope you enjoyed reading these Imbewu Teasers March 2022.