A modern day, post-apartheid South African movie, Angeliena, is set to premiere on Netflix globally on 8 October 2021. The star-studded cast follows the journey of formerly homeless parking attendant, Angeliena, who is diagnosed with a fatal disease and dares to put her lifelong dream of traveling the world into motion.

ALSO READ: ‘Pokémon The Movie: Secrets Of The Jungle’ To Premiere On Netflix in October

Written, produced and directed by the acclaimed, multi award-winning South African filmmaker, Uga Carlini, following her award-winning, hybrid feature, Alison, returns with her debut fiction film, and shares: “Angeliena is an authentic, South African story that narrates its way through Nelson Mandela’s present day rainbow nation, to show us a side to the country and her people we haven’t seen before. A homage to the footprints that this country and her good people are leaving behind for all of us, to try on for size.” 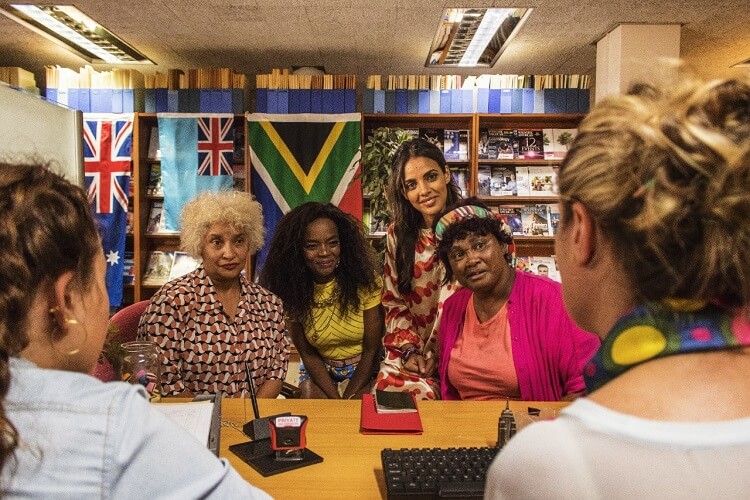 A Towerkop Creations production in association with the NFVF, DTIC and Mad Solutions with SAFTA winning producer, Dumi Gumbi, consulting producers Vlokkie Gordon and Himesh Kar, and executive producers Erik Toft, Rudolf Buitendach, Anton Nel, Faizal Cader and Khulekani Dlamini; tells the story of Angeliena through humor, heartbreak, and dashes of whimsical visual magic. This dramedy makes full use of the power of assumption while navigating its way through the socioeconomic heart and soul of the new South Africa. A movie that promises to capture the hearts of many globally, save the date to be the first to watch Angeliena on its premiere date, Friday, 8 October 2021.