The story follows two androids tasked with raising human children on a virgin planet, after Earth has been destroyed in a religious war.

Four-time Oscar and Golden Globe nominee Ridley Scott (Alien, Blade Runner, The Martian, Prometheus and Gladiator) executive produces and directs the first two episodes of the series. As Inverse put it, Raised By Wolves is “phenomenal… Ridley Scott’s best sci-fi since Alien… there’s no TV show quite like it.”

As NME says, “Ridley Scott’s AI stunner is on a different planet… one of 2020’s most unmissable TV experiences.”

Magnificent South African locations like Stellenbosch and Lourensford Wine Estate outside Somerset West form the haunting backdrop of planet Kepler 22-b, a real planet around 620 light-years from Earth that scientists speculate could potentially support life, though we don’t yet know what its surface actually looks like.

As Scott told Forbes about Lourensford, “We found a range of mountains that were in your face for about a kilometre, and every morning this tablecloth of cloud would come in, it would just roll over them, and I went, ‘Oh my God!’ It was surreal, it was otherworldly, so half the work was done, just by the location.”

But what really makes the South African landscape feel alien to foreign audiences are the quiver trees (also known as kokerboom trees). “What I loved in the (South African) desert were the trees, which were something in the aloe/cactus family,” Scott tells us. “I said, ‘I have to have those trees.’ We got permission to transplant some onto a piece of terrain less than a kilometre from the foot of this beautiful mountain range…”

The interiors of The Ark were constructed at Cape Town Film Studios, while Raised by Wolves also shot at locations like The Good Hope Centre and the old Maitland abattoir.

Scott’s long-time collaborator Dariusz Wolski, who was also director of photography on The Pirates of the Caribbean franchise, was nominated for a 2020 Camerimage Award for the series pilot, so you know our landscapes are in safe hands.

Film Afrika line producer Cheryl Eatock confirms Raised By Wolves is the biggest budget show ever to film in South Africa. For context, she says, Season 1 created nearly 700 full time equivalent jobs, 52% of which went to youth and 66% of which went to historically disadvantaged individuals. The series also hired 1200 businesses, predominantly small, medium and micro enterprises. 25 historically disadvantaged individuals received hands-on training, facilitated by the non-profit The SA Film Academy (SAFA), an accredited training provider established and managed by the SA production service companies to ensure growth in the industry. And 18 SAFA alumni worked as full crew members of Raised By Wolves. 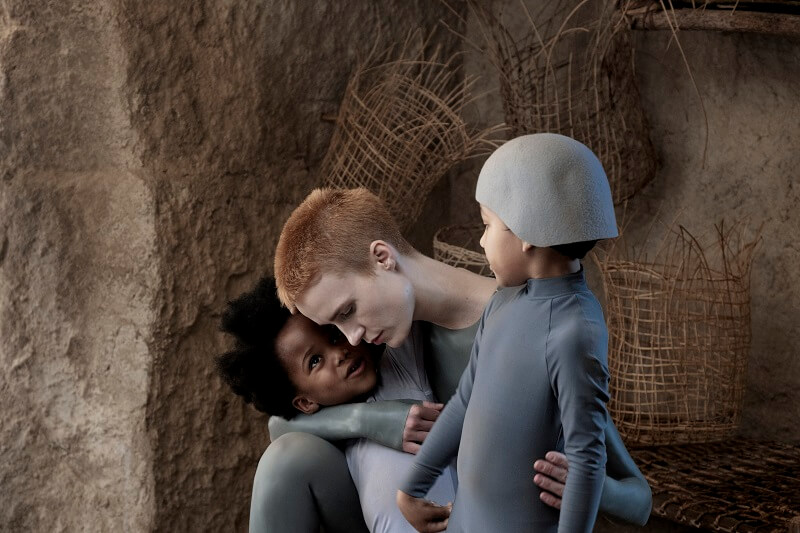 Eatock confirms Collin is already back in the country prepping for Season 2: great news for the South African economy, our international service sector that has been brutalised by the pandemic, and all sci-fi fans.

“This chart-topping series beautifully weaves together Ridley’s hallmarks of sci-fi and horror while offering fans one of the most original storylines they’ve seen in some time,” says Sarah Aubrey, head of HBO Max. “I can’t wait to see what’s in store for Season 2.”

Season 2 is also pioneering a more sustainable approach to filmmaking. On Season 1, GreenSet, a local non-profit film industry sustainability organisation, in partnership with Wrap Zero, diverted tons of organic waste from landfill to organic gardens; avoided an estimated 193 000 single-use plastic water bottles; installed a solar cell tower at Lourensford; and donated 97 tons of wood to charities for reuse. For Season 2, GreenSet, in partnership with Credible Carbon, has developed a groundbreaking carbon calculator, with 63 key film-industry specific environmental indicators, to measure the carbon footprint of the production.

Powerball and Powerball Plus results for Friday, 7 May 2021