SAPS Vacancies are offered in various field across the country. SAPS, which stands for the South African Police Service, is the national police force of the Republic of South Africa. SAPS has approximately 1154 police stations across the country and are divided according to the provincial borders and a Provincial Commissioner is appointed in each province. In this article, you will learn more about SAPS Vacancies and how you can apply for a job at the South African Police Service (SAPS).

SAPS Vacancies can be found at many different provincial police services across the country. You can apply for work at the local SA Police Service at a province that you wish to move to or in your province. Anyone who qualifies to become a SAPS police official or a civilian employee can apply for an SAPS job. Police officials are employed in terms of the South African Police Service Act, 1995 (Act No 68 of 1995). Civilian employees are employed in terms of the Public Service Act, 1994 (Act No 103 of 1994). Most functional Police Officials are directly involved in preventing, combating or investigating crime. The other Police officials and civilian personnel carry out support functions. 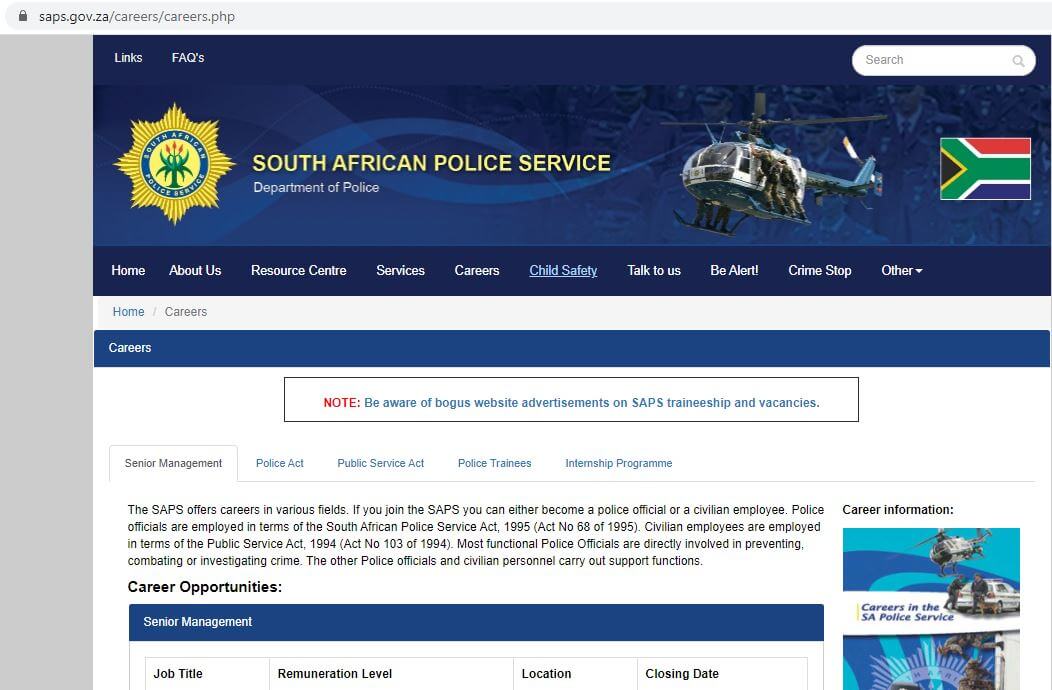 How to Apply for SAPS Vacancies

To apply for the SAPS Jobs / Vacancies, you must download obtain the SAPS Vacancies application form. Only the official application form available on the SAPS website (https://www.saps.gov.za/) and at SAPS recruitment offices will be accepted.

All instructions on the SAPS Vacancies application form must be adhered to. Failure to do so may result in the rejection of the application.

NOTE: Be aware of bogus website advertisements on SAPS traineeship and vacancies. Members of the public are urged and advised to be vigilant and not to be misled by any false advertisements or advertising scams and to report these activities to the police.

How to buy on AliExpress in South Africa