Temptation Island South Africa – based on the Banijay-owned hit reality format – is just five episodes in and it’s already clear there is trouble in paradise for the four couples brave enough to put their relationships to the ultimate test.

Not only have the couples been separated to live with tempting singles of the opposite sex, they’ve had to watch their significant others pick their first dates in front of them and, at the dreaded bonfires, they’ve been shown clips of how their partners have been behaving, or misbehaving, when they weren’t around – with very little context offered.

With a temptation for every taste, drunken doctors and nurses parties, and dream-date destinations like elephant sanctuaries, how long can these couples’ trust in each other survive?

Before Temptation Island started, when asked about their odds of leaving together, Estelle and Justin gave themselves a confident 10/10. After being on and off again since high school, they had recently started seeing each other exclusively when Estelle suggested they sign up for Temptation Island. While Justin was already talking marriage and has genuinely looked like he’d rather be home with Estelle for most of the show, she seems to be more intrigued by the temptations on offer. She’s held hands and gone on a date with Jerry, and chose Uzair for her second date. He’s the single she connects with the most, and she admits that he’s exactly her type. But it’s Justin who seems to be forming the deeper connection as he keeps choosing Angelique and slowly getting her to let down her tough-girl guard.

Precious and Grant met on a dating app and have been together for four years. When asked about their odds of leaving together, Grant said 10/10 but Precious 9. Coming on Temptation Island was her idea, but she’s finding it the hardest: Twitter is already talking about dangerous games where you drink every time she cries. Precious chose Dain for her first date and Sethu for her second, but has spent a lot of the time talking about Grant, who, meanwhile, seems to only have eyes for Nicole – despite having Eve and Lilitha twerking in the jacuzzi to try to distract him. Precious has had her share of unwanted attention too, from Muggz grinding over her to Sbu’s tantrum.

Before Temptation Island, Musa and Sifiso were living together, having been with each other for just over a year. When asked about their odds of leaving together, Sifiso said 9.5 but Musa only 8. Going on the show was her idea – she’s hoping to rebuild trust that was broken by Sifiso earlier in their relationship. Musa chose Sbu for her first date, while Sifiso chose Dimpho, who’s already asked to spend time alone with him in his room. Musa quickly moved on from Sbu, calling him out for his aggressive treatment of Precious. Sifiso chose Eve, who he’s called “the biggest temptation” in the villa, for his second date, to Palesa’s disappointment, while Musa chose Kwanele. But the bigger threat to their relationship may be Sifiso’s desire for a traditional Zulu woman…

Nthabiseng and MJ have been together for a year and a half. When asked about their odds of leaving together, they gave themselves a confident 10/10. Nthabiseng chose CeeJay for her first date – presumably to get a reaction from her man, who had clashes with Mr Steal Your Girl from the very beginning. It’s working: MJ calls CeeJay “a little puppy” in irritation in episode 4. MJ chose Bontle for both dates and has left Nthabiseng irate at both bonfires – first for complimenting Bontle’s “soft lips” and then for touching and flirting with Dimpho. 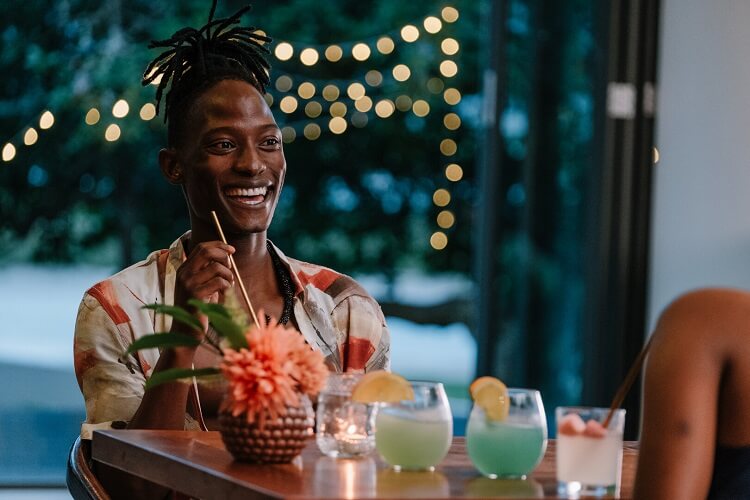