Multi award-winning media personality and businesswoman, Relebogile Mabotja, announces a Season 2 renewal for her daily talk show, Unpacked with Relebogile Mabotja, on S3 (formerly SABC 3) as well as the thought-provoking conversations now available on podcast on all major digital stores.

The highly anticipated 13-part Season 1 wraps up today with rave reviews and returns on Monday, 31 May 2021 for a brand-new season with undisclosed number of episodes to air daily over the next couple of months keeping the same timeslot of 17:00.

“I’m elated that Unpacked with Relebogile Mabotja has been renewed for Season 2. What started out as a passion project to fill a much-needed gap I identified, has now fledged into daily conversations in the homes of millions of people. Thank you S3 for trusting me with a daily show and to all the viewers at home tuning in and opening up to more conversations online.” 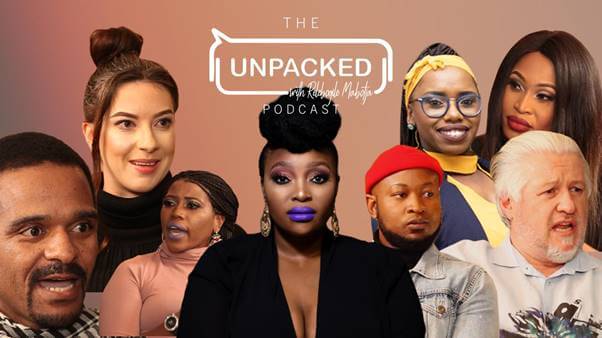 Unpacked with Relebogile Mabotja now increases its digital footprint by adding a podcast format as a means to access the episodes. You can now listen to all 13 uncensored episodes of Season 1 on platforms such as Apple Music and Spotify as well as listen to Season 2 daily after it airs on S3.

Following suite of Season 1, the uncensored Season 2 episodes will also be available to watch on YouTube.

Tackling taboo topics and pushing the envelope with thought provoking conversations, don’t miss the Season 1 finale today, Part 2 of Relebogile Mabotja unpacking the difficult subject of rape with four men who were all victims. In the second part of this conversation, they unpack the societal perspectives and realities of coming out as a victim of rape and the repercussions.

Tomorrow’s episode will be a highlights feature on Season 1 with a brand new Season 2 kicking off on Monday at 17:00 on S3.